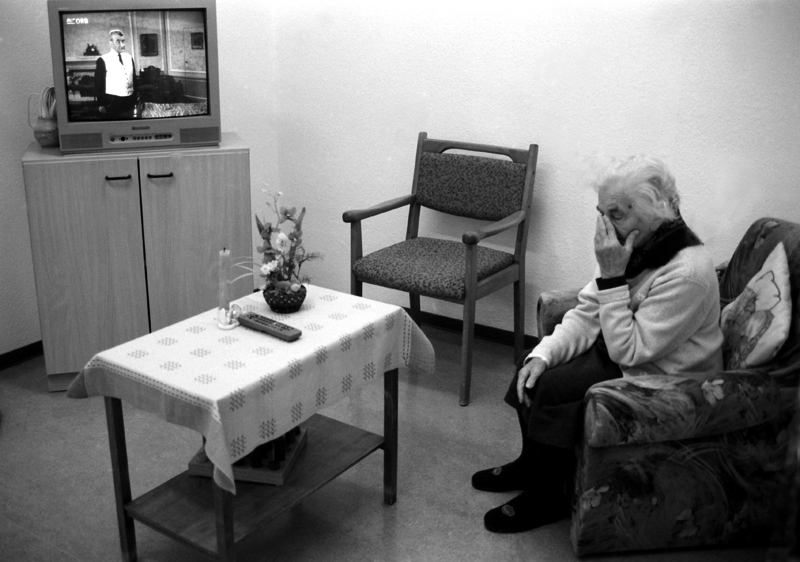 After requests from the governments of Quebec and Ontario, Canadian armed forces were dispatched by the federal government to assist several homes experiencing outbreaks. Recent reports from military members documented the somber reality in the homes, detailing incidents such as aggressive behavior demonstrated towards residents, improper disinfection and use of PPE, improper administration of medication, insect infestations, rotten food, and poor hygiene care. For families and advocates, the report came as no surprise, with many viewing the devastation caused by COVID-19 in long-term care as a manifestation of a system that has been in crisis for decades.

Samir Sinha, Head of Geriatrics at Toronto’s Sinai Health System and the University Health Network, described the long-term care system in Canada as  “a system that’s designed to fail.” Canada’s national health insurance does not cover long-term care. When  Canada’s medicare system was set up in the 1960s, nursing homes and long-term care were not a topic of emphasis. During that period, most seniors were cared for at home, often did not require the same level of care, and dementia was far less common. Long-term care today does not fall under the federal Canada Health Act, and there are no federal guidelines or standards. Rather, healthcare falls under Canada’s provincial jurisdiction. Federal funding is partially provided through the Canada Health Transfer that ensures universality of healthcare standards in the country. In the 1970s, the federal government provided funding to the provinces explicitly for “extended” health care services, but these funds were eventually rolled into the overall healthcare transfer. The federal government’s share of healthcare spending fell in the 1980s and 1990s. In 2001, a royal commission proposed a dedicated federal transfer for home-care, but these recommendations were never implemented.

While mostly publicly-funded, long-term care in Canada encompasses a complex mix of public, non-profit, and for-profit entities. Disparities in the level of care have been noted between for-profit and nonprofit homes. While many residents were already vulnerable due to age and sometimes underlying conditions, the devastating impact of COVID-19 in long-term care is easily traced to decades of policy decisions in long-term care that compounded the vulnerability of residents.

Long-term care homes often feature cramped quarters that result in frequent contact between residents and caregivers, with critics stressing that governments have failed to adequately fund renovations and construction. Many homes feature rooms where residents are separated only by a curtain, shared washroom and bathing facilities, and crowded dining areas. While the Public Health Agency of Canada issued a guidance document on infections in long-term care, critics expressed frustration that the guidelines were difficult to follow in outdated homes.

The safety of residents and a lack of oversight has also been a concern for years in long-term care. In 2017, nurse Elizabeth Wettlaufer was convicted of murdering 8 residents in her care through lethal insulin injections. The inquiry that followed determined that Wettlaufer, who worked alone at night with up to 100 residents, may have never been caught had she not confessed her actions to her psychiatrist. The subsequent report listed recommendations to improve the safety of residents, including increasing staffing. Chronic understaffing has plagued the system for years. Employees in long-term care facilities are predominantly racialized and immigrant women, who can face barriers in raising concerns about working conditions. Employees often do not receive sick pay. Part-time hours, particularly in for-profit homes that seek to avoid paying for benefits, frequently force staff to combine shifts at multiple locations to make a living, contributing to the spread of the infection. Staffing shortages have also led to allegations that some staff who had tested positive were asked to return to work before the end of their 14-day quarantine.

Finally, there were significant errors in the response to the pandemic itself. Many argue that long-term care was overlooked in the rush to prepare for the pandemic. Early recommendations in Ontario against testing all residents and the advice that long-term care workers only required PPE if their homes had known outbreaks are also now widely considered to have been significant errors. A swifter response to infections in long-term care in provinces such as British Columbia is credited for reducing the number of infections.

Responding to the devastating number of deaths in long-term care homes, Prime Minister Justin Trudeau asserted that “in the weeks and months to come, we will all have to ask tough questions about how it came to this.”  A common proposal to improve the system has been for the federal government to extend federal health law in order to cover long-term care homes and enforce national standards. This could be accomplished by amending the current Canada Health Act to define long-term care as an essential service, or by drafting new legislation specifically related to long-term care. However, pushback against an extension of federal power comes from provincial leaders such as Francois Legault who view the solution in more health and social transfers. While health services are under provincial jurisdiction, the federal government can provide a targeted federal transfer that is conditional on provinces agreeing to specific standards. Yet the issue will compete in priority with other health topics, such as the recent push for pharmacare and national standards for mental health services. As nonprofit homes have been found to produce a higher level of care, there has also been a strong push to end privatized and for-profit homes.

Others call for a shift entirely from an emphasis on long-term care homes to a more home-based and community care approach to elder care, an approach that is generally less expensive than Canada’s current model. Denmark champions this approach, investing in “restorative” care that helps seniors recovering from illness return to living independently at home, and adopting preventative measures such as requiring physicians to make annual house calls to patients over 75. Other policy experts are pointing to countries like Japan, South Korea, and Germany, who have a universal and mandatory public long-term care insurance that functions similar to unemployment insurance in Canada. Working adults are required to pay into the fund, often through payroll deductions. The fund covers care needs later in life ranging from light assistance in one’s private home to intensive institutional care. As a result of this system, more individuals are able to receive care in their homes or community, and fewer have to enter more costly long-term care homes.

Meanwhile, in Canada, Ontario premier Doug Ford shared the same view with leaders like Trudeau when he asserted that the system is “broken,” . While there is wide consensus on this opinion, there still remains less consensus on a solution.

The featured image by Ulrich Joho is licensed for use under  CC BY-SA 2.0