Covid and Climate Change: Why Is Poland Failing at Both? 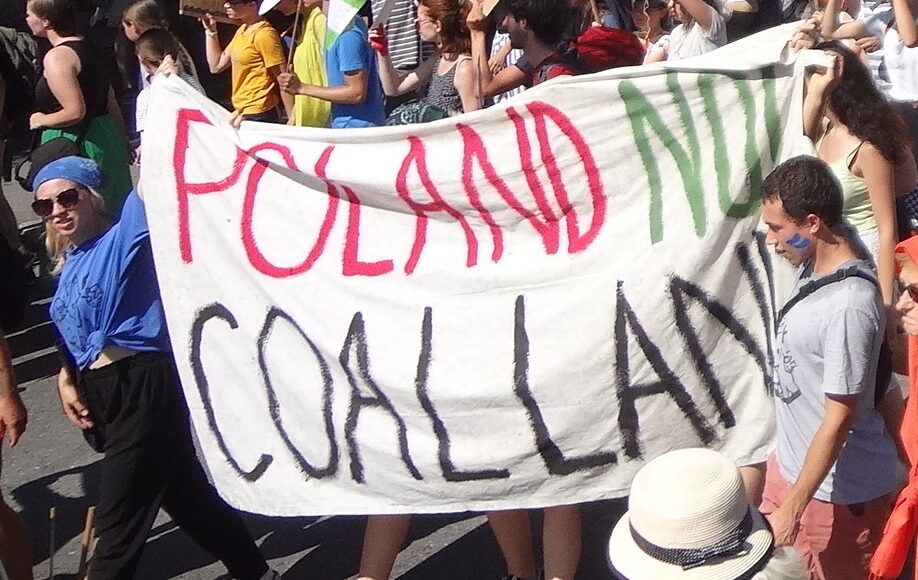 On August 9, 2021, the Intergovernmental Panel on Climate Change (IPCC) released its sixth assessment report, with a bleak message: the next decade will be ‘make or break’ for limiting the average global temperature rise to 1.5 degrees Celsius. In response to the report and ahead of the COP26 climate negotiations in Glasgow, many countries have shown renewed commitment to reach net-zero emissions by 2050 and put forward stronger emission reduction targets. Poland, however, made no such promises. Instead of proposing new commitments to fight climate change, Polish president Andrzej Duda congratulated local celebrities on their wedding.

The Polish government’s lack of reaction to what leading climate scientists dub the “starkest warning yet” is not as outlandish as it seems. In fact, it is perfectly in line with Poland’s general denialist attitude towards the climate crisis. Following the landmark 2015 Paris Agreement, Poland was one of the only European Union (EU) member countries not to announce a long-term strategy to meet the agreement’s mandatory targets. Rather, there is no credible Polish energy or climate policy to speak of.

Much of Poland’s lacklustre enthusiasm for climate policy can be attributed to the political and cultural influence of the national coal industry. During the post-World War II Communist Era, the industry was an instrumental lynchpin in the widespread labour protests ignited by the Solidarity movement. Created in 1980, the Polish trade union protested working conditions and political repression, eventually giving rise to a nationalist opposition to communist rule and leading to the end of Soviet control. Thus, coal represents more than just an energy source: it is a national good that gives Poland independence from Russia.

It matters little that the Polish mining conglomerate had to be rescued from bankruptcy in 2016 and that Poland currently imports millions of tons of coal per year (ironically enough, primarily from Russia). The real problem lies in the government propagating conspiracies that outright reject any culpability humans might have in bringing about the ongoing climate crisis. In fact, it was the presidential advisor on climate politics and environmental conservation and the former deputy minister of environment who stated on Polish radio that the media claiming human fault for accelerating climate change is responsible for the widespread fear of climate change. Spreading this lie has proven effective, to the point that less than 40 per cent of Poles recognize the role of humans in the steadily worsening climate situation.

Climate change is not the only crisis where the Polish government has chosen to embrace conspiracies rather than scientific fact – similar strategies have been adopted during the COVID-19 pandemic. This willingness to indulge in conspiracy is perhaps the reason for Poland’s rather lackadaisical approach to the ongoing COVID-19 pandemic. Everything is questioned, everything is fragile, and scientific fact no longer holds much power. The population trends towards downright outlandish skepticism, with only 46 per cent believing that COVID-19 is a real threat rather than an international conspiracy. This, combined with lax restrictions, especially compared to its Western neighbours, may be the reason why Poland is currently ripe with anti-vaccine sentiment. In fact, the situation has gotten so bad that, when the mayor of Wałbrzych tried to make vaccines mandatory for adults, an angry mob formed outside his home, waving signs comparing him to the Nazi death camp physician Josef Mengele. The spread of COVID-19 conspiracies, along with the country’s initial success in quelling the pandemic, has led it to be seen as not much of a threat.

By itself, the situation in Poland appears to be an anomaly. However, within a broader European context, this relationship between sub-par climate policies and lax COVID-19 regulations, which is heavily dictated by social rather than political whims, is not an isolated incident. Europe has once more found itself divided. Historically, the continent has been polarized on every major conflict of the past century. The polarization between East and West remains evident to anyone who lives on the continent, and the long-lasting effects of the Communist bloc still influence today’s regional culture and politics.

Perhaps the boost in right-wing populist support in what was formerly the Eastern flank of the communist bloc is the cause of COVID-19 and climate change conspiracies in the region.  As it were, after gaining power by beating widely disliked elites, it is hard for these populist leaders to come to terms with the reality that, following the unpopular pandemic lockdown, they themselves have become the disliked party. It is hard to be the leader who emphasizes “the people” if the people do not like you. This has caused somewhat of a ripple effect, with leaders such as Hungary’s President Viktor Orban facing an unusually united opposition. In a similar vein, Poland has been forced to adopt a much more liberal economic policy to try and once more bolster support, and Slovenia’s far-right leader, Janez Jansa, has bombed in the most recent polls.

After proving successful in the short term, the lies of right-wing populist governments, such as Poland’s current administration, regarding climate change and the COVID-19 pandemic may come back to hurt them. These systems capitalize off either widespread conspiracy or lack of awareness on topics that can be easily weaponized to sway polls in the ruling parties’ favour. However, as effective as this strategy appeared in the short term, the more time passes, the more flaws emerge. Perhaps the strategy of spreading conspiracy to gain popular favour would have worked if the governments had only applied this to their climate change rhetoric, as cause and effect take a longer time to be obviously seen and have a less direct impact on individuals’ lives. It is ultimately the clearly observable effects of the pandemic that have grievously wounded this strategy. After all, it is hard to claim ignorance in the face of a global pandemic that has killed over 5 million people worldwide to date.

Featured Image: “Poland not Coalland” by MHM55 is licensed under CC BY-SA 4.0