Crisis on the Frontlines: COVID-19 and the Rising Suicide Rates of Healthcare Workers

The infected are not the only casualties of the COVID-19 pandemic. 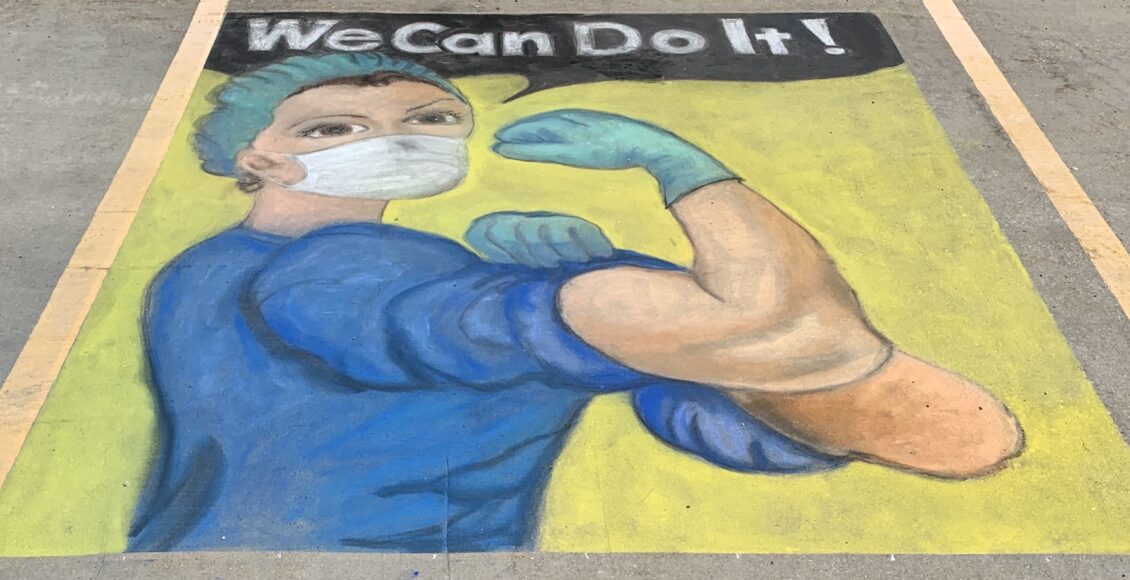 The concept of being alone has taken on a new meaning for a lot of us since the COVID-19 pandemic swept across the world. For me, it means being unable to cross the border to see my family, completing university courses from the couch, and only leaving my apartment for groceries. But isolation is not only a physical state; it’s also a mental one. As we’ve been focusing on a global crisis of physical health, the mental health crisis has taken a backseat that we can’t afford. Round the clock shifts, dangerous working conditions, and the trauma of death, day in and day out, have all taken their toll on health care workers. The suicide rate of our heroes on the front lines is rising rapidly. For health care workers who are already subject to disadvantages both in and out of the workplace because of their gender, race, religion, sexuality, or other social marginalizations, the likelihood of suicide due to increased pressures of the COVID-19 is even higher.

Due to the nature of their work, healthcare workers were already at an increased risk of suicide before the pandemic. According to a research article published in 2019 prior to the COVID-19 outbreak, there was a significantly higher risk of suicide among physicians relative to the general population. Although men are at a notably higher risk of suicide in the general population, “female doctors have higher suicide rates than men, putatively because of their social family role, or a poor status integration within the profession.” The American Society for Suicide Prevention found that male physicians have a suicide rate 1.41 times higher than the general male population, and female physicians have a rate of 2.27 times that of the general female population. Social expectations placed upon women often conflict with outdated ideas of femininity in ways that make it difficult to balance a job and other aspects of life. In 2018, the Harvard Business Review reported that despite evidence that shows women deliver superior care, systemic discrimination “inhibit[s] the inclusion and development of female physicians.”

When COVID-19 swept the world, hospitals stocked up on ventilators and personal protective equipment (PPE) for medical staff. PPE is critical for maintaining the safety of health care workers, but global shortages have forced medical personnel to reuse gloves, gowns, and other single-use equipment. When COVID-19 first arrived in the US, some doctors were even using plastic bags instead of face shields and sharing N95 masks. At Hollywood Presbyterian Medical Center, 61-year-old nurse Celia Marcos performed chest compressions on a man with COVID-19, wearing only a thin surgical mask. The hospital didn’t have enough supplies to provide her with an N95 at the beginning of her shift. Despite knowing the compressions would likely release the virus into the air, putting her at a high risk of catching the virus, she raced into the room.

Health care personnel take huge risks every day in an attempt to save lives. The fear of contracting the virus at work — and worse, spreading it to family and friends when they return home—is a constant stress on top of the social isolation and other stresses associated with the pandemic.

Facing an onslaught of death on a daily basis has adverse effects on the human psyche. Before the pandemic, 16 per cent of emergency physicians and 8 to 30 per cent of ICU staff met the criteria for post-traumatic stress disorder (PTSD). While it’s far too soon to know the extent to which PTSD and post-traumatic stress syndrome (PTSS) will affect health care personnel from the COVID-19 outbreak, comparisons can be drawn to previous SARS outbreaks. Various studies of these previous outbreaks highlight occupational role, age and gender, quarantine, isolation and stigma, as some of the major risk factors for PTSD and PTSS. Particularly, a recent study on COVID-19 reported a higher risk of PTSS in female health care workers, placing them at a higher risk for suicide.

Unfortunately, the combination of new COVID-19 stresses and traumas with the existing pressures of workplace discrimination may lead to tragedy. The first report of a hospital nurse committing suicide in relation to COVID-19 was this past March in Italy. After volunteering to work on Jesolo Hospital’s newly converted COVID-19 ward, an unnamed nurse committed suicide while waiting for the results of her coronavirus test. She was not alone. Female nurses in countries all around the world have committed suicide since the pandemic began, including England, the United States, Mexico, and India, to name a few. Lorna M. Breen, a top E.R. doctor at New York-Presbyterian Allen Hospital died by suicide on April 26, 2020, after she had already contracted and recovered from the virus herself. According to her father, Dr. Breen did not have a history of mental illness, but working on the frontlines of the pandemic took its toll: “she had described to him an onslaught of patients who were dying before they could even be taken out of ambulances.” While there are many online mental health resources, other critical resources like in-person therapy sessions have been negatively impacted by the pandemic. In addition, it is harder for family and friends to monitor and intervene in the name of mental health when they may see each other less frequently.

Health care workers on the frontlines are facing more struggles than ever. Factors such as PPE shortages, longer hours, increased exposure to death and trauma, and social isolation have led to an increase in suicides, especially in female medical professionals. While the pandemic poses serious physical consequences, we need to learn to balance our duelling crises of physical and mental health, or we’ll continue to lose heroes on the front lines of the pandemic. The infected are not the only casualties of the COVID-19 pandemic.

Featured image is “Pandemic art” by Christine Warner licensed under CC by 2.0.