Cryptocurrencies and NFTs: An Outlet for Exploitation 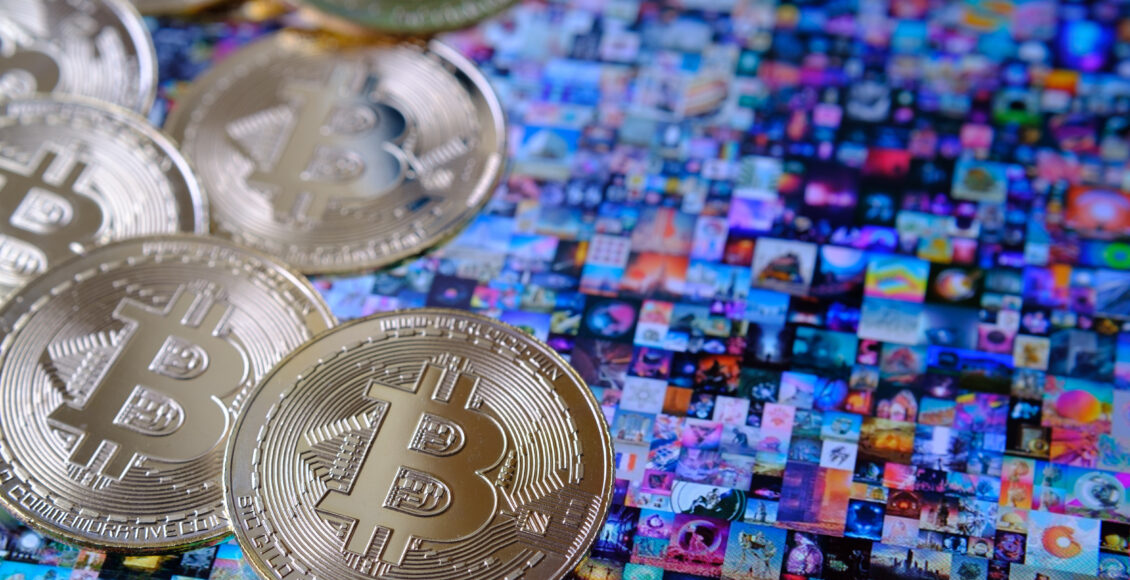 In recent months, established cryptocurrency creators have been turning on their own products. Dogecoin co-founder Jackson Palmer recently said, “…cryptocurrency is an inherently right-wing, hyper-capitalistic technology built primarily to amplify the wealth of its proponents.” Speaking primarily about the blockchain technology behind cryptocurrencies and non-fungible tokens (NFTs), Jackson reflected on how they have strayed from what they initially sought to be.

Through a decentralized digital ledger, blockchain creators had offered an alternate verification system that protected against petty theft. They did not account for cryptocurrencies and NFTs to stray from their original intentions due to increased popularity, becoming yet another outlet for exploitation and misuse. Early investors and influencers, often working hand in hand, have leveraged the system in their favour, leaving late adopters financially vulnerable.

The idea of a blockchain was first conceived in the late 1990s. Although the technology was not available back then, the theory got many people thinking about its almost endless applications. By 2009, blockchain technology became widely available, and one of these ideas came to fruition. Satoshi Nakamoto (a pseudonym) created the cryptocurrency Bitcoin. The original idea behind Bitcoin was to create a decentralized, tamperproof currency that supersedes the systems put in place by big banks. Put clearly by MarketWatch, “Bitcoin was created as an alternative payment system, one that operated anonymously and peer-to-peer, eliminating the so-called trusted third party.”

In 2021, popular cryptocurrencies like Bitcoin and Ether reached record-high prices. Bitcoin rose to a shocking USD 63,000 this past April, while Ether exceeded its previous record, reaching a value of USD 4,300, with its market cap rising higher than those of established companies like Visa. This is a direct outcome of the ease of smartphone apps, which simplify the process of purchasing cryptocurrencies by lowering the technical expertise previously required.

However, many people are taking their crypto-financial advice from influencers rather than experts. Social media has pushed the advertisement industry away from traditional methods by upholding individuals as the main drivers of commerce. Now, influencers, viewed as experts within their niche, are given product sponsorships and paid shoutouts from companies. Seeing this new, almost blind trust that followers had in influencers, cryptocurrency exchanges and makers began to use influencers to promote “scam coins.” These “scam coins” are often part of a pump-and-dump scheme. In these schemes, prices of virtually worthless coins skyrocket (pumped) as unknowledgeable followers are tricked into buying it for fear of possibly missing out on the next big thing. Then, when early investors – usually the creators of the coin and influencers – sell (dump), the price falls to a fraction of what it previously was, leaving followers with financial losses, not knowing what to do next as the influencers they trusted have left them in the dust.

Elon Musk, one of the top players in the crypto-influencer game, is a notable example of an influential figure impacting a cryptocurrency’s value. With one tweet, he can call upon his mass of followers to dictate the direction of a coin’s value. A recent example of this is Dogecoin: a positive tweet from Musk caused the price to increase, and a negative tweet caused the price to crash. Internet personality Jake Paul has also promoted coins, such as Safemoon and YummyCoin, directly aiding a digital Ponzi scheme. Evidently, cryptocurrency marketing and influencer marketing go hand in hand.

The hidden problem of NFTs

While cryptocurrencies revolutionized what a modern currency could be, blockchain networks have also ingrained the same ideas in the art world. In 2014, Anil Dash, a programmer, and Kevin McCoy, an artist, were paired together at an annual event to create new ideas by connecting technologists and artists. Both were interested in giving artists a new way to think about digital ownership, specifically by giving them authority over how and when their art could be distributed. The original idea behind monetized graphics, known today as non-fungible tokens (NFTs), was to create a technology that enabled artists to exercise more control over their work by preventing others from distributing their work without the proper permissions. They did this, in part, by creating a blockchain that stores an image and an accompanying currency to purchase it.

When it comes to NFTs, influencer marketing has played a similar role in promoting it as the next big thing. As billions of dollars are invested into cryptocurrencies each year with a very limited number of outlets to spend them, NFTs quickly became “an evolution of fine art collecting, only with digital art.” While NFTs have received some bad press, there are some legitimate and successful use-cases for NFTs, such as the NBA’s Top Shots trading platform. However, the more common reality is that NFTs have largely been used to sell already “created” and inherently worthless work, like memes and first tweets, for millions of dollars that only the super-wealthy can afford. For instance, Twitter founder Jack Dorsey’s first tweet sold for an astonishing USD 2.9 million. This has changed the perception of NFTs as just another worthless fad, as something that would never catch on. “Right now, NFTs are built on an absolute house of cards constructed by the people selling them,” said Jonty Wareing, a software engineer on Twitter.

During its inception, Dash and McCoy thought that, by limiting NFTs to only artistic use, they could prevent it from being another outlet for exploiting creatives and artists. Sadly, that was not the case. To mint an NFT on the blockchain, there are many upfront costs an artist has to pay solely for the promise that they will make their money back by selling their NFT. Minting an NFT is just a fancy way of listing an item on the blockchain, similar to how a physical coin is minted when it is made. In reality, few artists make their money back, while early investors in the platform and scammers make a quick buck.

The common theme between cryptocurrencies and NFTs is that blockchain-based technologies can be easily exploited and misused by those with wealth. One of the biggest flaws with popular cryptocurrencies is how, when more people become a part of the blockchain network to mine coins, the currency becomes more scarce, increases in value, and requires more electricity and hardware power to keep mining competitive. Generally, the only way to keep up with the demand is to have more money to afford the increased costs. Most beginners in the space are immediately disadvantaged as the barriers to entry have become too high. It has thus become evident that the cryptocurrency market is designed to make money off those who enter the market after you have. Instead of being used to help artists and create an alternative payment method, NFTs and cryptocurrencies have become just another investment opportunity for the rich. For newcomers to blockchain, it is disheartening to discover later that the system was essentially rigged from the start.