Cryptocurrencies’ Hidden Cost: The Danger of Blockchain to the Climate Crisis

As central banks look to cryptocurrency to solve their financial dilemmas, they must recognize the concomitant environmental catastrophe of such a shift. 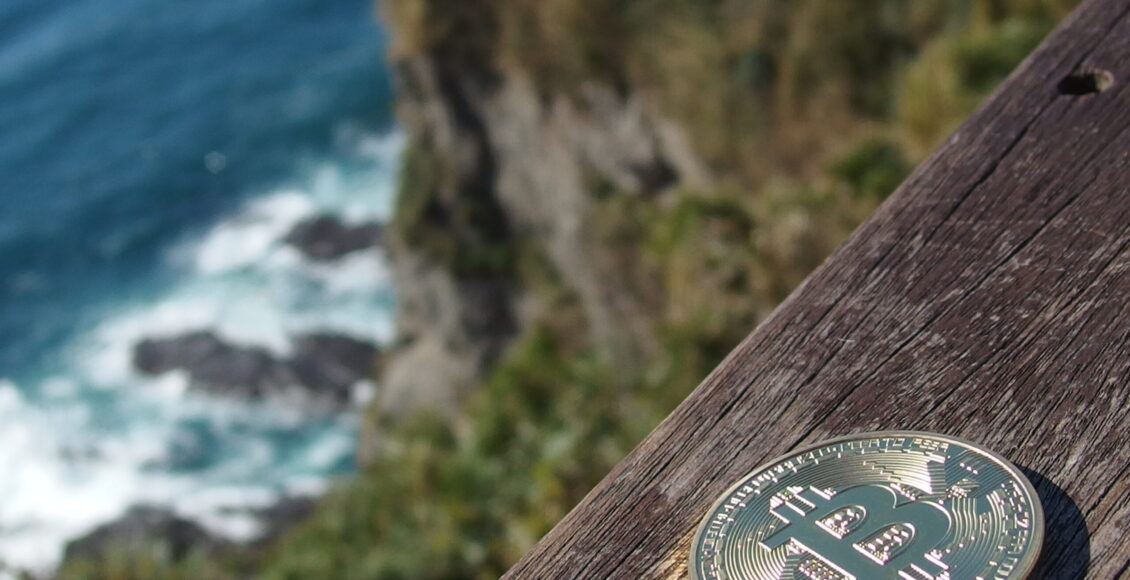 Bitcoin may soon be a major catalyst to sea levels rising. "06_早まるなビットコイン" by Goodegg0843 is licensed under CC BY 2.0
Share

The Advania data center sits just a twenty-minute drive south of Reykjavik, tucked on a coastal inlet of Iceland’s Höfuðborgarsvæðið region, lashed by the cold currents of the North Atlantic. It powers one of the largest economies in the world, but it doesn’t look like a power plant. There are no churning pistons, no smoke-filled towers, and few workers who maintain the factory’s output. Instead, it houses endless rows of small, boxlike computers, each about the size of a coin purse. The metaphor is fitting, considering Advania’s client: the cryptocurrency commonly known as Bitcoin.

Last year, Bitcoin’s network required at least 28 Terawatt Hours of energy, the same amount as is used by the least intensive 150 countries combined. It’s hard to fathom and easy to forget. Today, we use more devices than ever, from lightbulbs to laptops, and these electronics use physical (mostly geothermal) energy. Bitcoin is no exception, and it is mostly powered by servers like that in Advania, which are built in cool climates to lower the heat these computers generate. These plants help power the Bitcoin network and generate large returns for their owners.

As central banks increasingly consider cryptocurrencies for future endeavours, it is important to recognize the environmental catastrophe such adoption could ensure. Today, Iceland spends more energy producing Bitcoin than they do powering homes.

Bitcoin uses so much energy because of the two fundamental beliefs that inspired its creation: anonymity and freedom from regulation. Original uptake of the platform in 2009 proliferated through large-scale disappointment with the economic system after the 2008 financial crisis, when the institutions meant to prevent such a crisis largely escaped responsibility for their failures. Their collapse created a community of cryptocurrency ideologues disappointed by decades of economic stagnation, who hoped to solve their dilemma through software.

Bitcoin developers built their software to compensate for government regulation, which anyone can download onto their computer. Each computer then acts as a processor for the Bitcoin network, helping to power its mathematical equations and economic transactions. They become the cyborgs popular in sci-fi: cybermen, the borg, or the terminator, acting as individual robots and computers that feed and power a unifying server.

But there’s a catch: as more users join the network, it becomes more complex. Mathematical equations become longer in recognition of the larger population they are meant to represent. Daily transactions become more common, increasing the strain put on the central server. For computers to correctly respond to a larger network, more energy is required in every aspect.

We can’t be sure how many people own bitcoin—the program’s anonymity ensures that—but we do know that this user base is growing, and it risks flooding the planet with GHG emissions hitherto unforeseen. As individual computers, processors, and supercomputers are recruited into Bitcoin’s network, they increasingly require more power from local energy grids or private generators. It is easy to forget the material sources that power our devices, including coal, oil, and gas. However, forgetting is dangerous, and as Bitcoin uses more of these sources, its effect on climate change will correspondingly increase.

Estimates of these emissions vary greatly, but they are likely between 200 and 600 Terawatt hours per annum. At the high end, this translates to twice the annual electrical consumption of Canada. Today, one Bitcoin transaction requires the same power as what is required to power a U.S. home for nine days. Every year, this number grows proportionate to the transactions and users working in its servers, unchecked by Bitcoin’s community of developers who cheer the network’s growth. And every year, this number grows larger.

Like other climate threats, unchecked Bitcoin expansion would enhance droughts, floods, and even locusts (a biblical killing of the firstborn may not be far behind). However, there’s one element that demands particular attention due to the hypocrisy of cryptocurrency rhetoric. Since 2009, Bitcoin developers have cast their program as an outstretched hand reaching the world’s underdeveloped populations. Through its accessibility, Bitcoin could connect poor regions to the global marketplace, encourage remittance payments, and provide banking services to those unserved communities. It’s a little awkward, then, that these communities may be underwater by the time Bitcoin approaches their shores, as cryptocurrencies fail to mitigate their climate impacts. Underdeveloped regions like those in Africa, South Asia, and Latin America are particularly vulnerable to the climate’s changing temperatures and weather patterns. By inflating GHG emissions to exorbitant levels,  Bitcoin will likely do more harm than good for the people they claim to benefit.

Replacing cryptocurrency power sources with renewable energy is impossible. By its nature, blockchains are run via large networks of dispersed computers, each connected to their own local energy grids. If they were powered by a central corporation or government, one could conceivably pressure them into using renewable energy or offset their emissions. As it stands, however, the imposition of renewable energy to power networks like Bitcoin’s would require the total replacement of all power grids to run on renewables, a feat unlikely to be accomplished any time soon.

Cryptocurrencies are increasingly floated as solutions to global financial problems, ignoring that in the context of unprecedented climate change, a large scale shift towards them could be devastating. As new software developers mimic Bitcoin’s algorithms, they increasingly focus on lower energy output. But as networks grow, energy inevitably grows with them. If cryptocurrencies truly hope to avoid catastrophe, they’ll need to limit the size of their networks. Otherwise, Advania’s coastal enclave may be the first to go.