CSW 63: Buck-passing the Collective Responsibility to the Advancement of Women 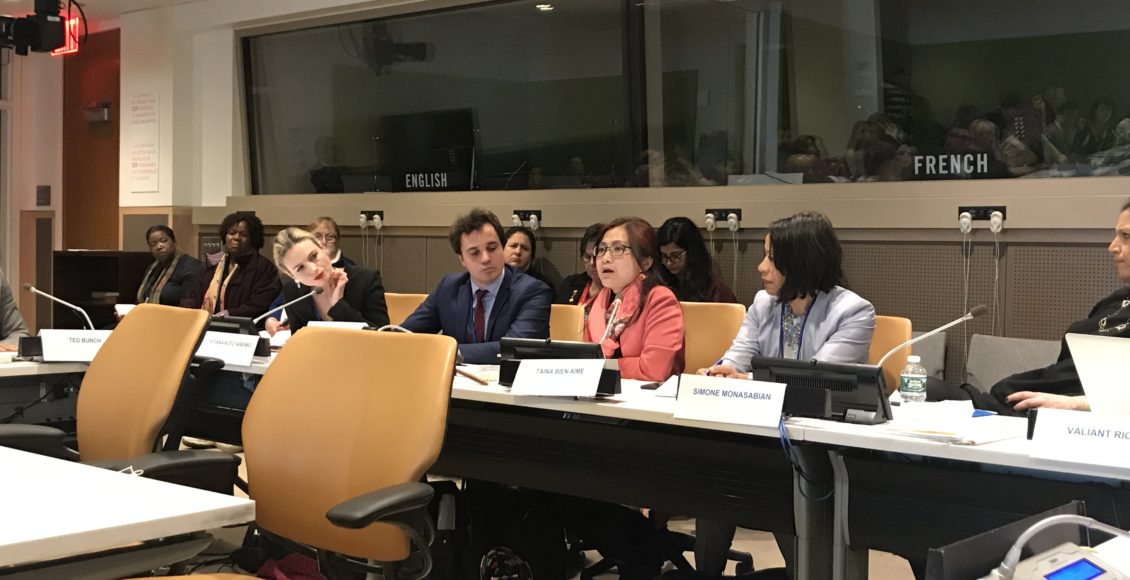 At the 63rd session of the Commission on the Status of Women (CSW), representatives of member states, civil society organizations, and non-governmental organizations convened to discuss various topics surrounding sustainable infrastructure and the empowerment of women and girls. Experts and representatives grappled with the complexities of ongoing issues surrounding women’s rights and agency to life, hosting side events that focused in particular on the prevalence of unsafe and criminalized abortions as well as the increasing rate of human and gender-based trafficking and violence. When various panelists and experts were questioned on the responsibility and root cause of the lack of substantive change, fingers were pointed at various of players of the international system in buck-passing a collective responsibility. As a result, a lack of inter-relational burden-sharing amongst international bodies, member states, a and civil society hinders the true advancement of women’s rights and empowerment past simple exchange of dialogue.

For example, Ms. Tatiana Kotlyarenko, Advisor on Anti-Trafficking for the Office for Democratic Institutions and Human Rights, expressed her frustration of a lack of progression in regard to these issues. She stated that participating members often gather at international platforms, such as CSW, to raise awareness around the issue of gender-based trafficking, fail to create resolute differences on the ground, and return in the following year to bring back the same issue to the table in delivering similar impassionate speeches in hopes for change.

Civil Society Organizations and United Nations agencies pointed to the lack of national political will of member states to uphold their commitments to agreed-upon solutions and undertake actionable frameworks and programs.  In the side event, “Preventing the Trafficking of Women and Girls for Sexual Exploitation: Understanding States Obligations to Address Demand Under the Palermo Protocol, as held by the Organisation for Security and Co-operation in Europe (OSCE)”, Executive Director Taina Bien-Aimé of the Coalition Against Trafficking in Women and Ms. Tatiana Kotlyarenko, Advisor on Anti-Trafficking for the Office for Democratic Institutions and Human Rights spoke on lack of substantive government mechanisms to enforce broadly defined promises to combat gender-based trafficking.  Country representatives to the UN instead explained the fine lines of international responsibility and national sovereignty that often “leave their hands tied”.  Ms. Kristin Janson, First Secretary of Political Affairs to the Permanent Mission of Canada, noted the difficulties of combating gender-based violence faced by female peacekeepers and perpetuated by peacekeepers in local communities. While UN peacekeepers enjoy a level of immunity at an international level, it is often up to the individual member state of each officer, where women’s rights may not often be a top priority, to indict and take actionable measures against violence.

On the other hand, government officials and Permanent Missions representatives pointed to the need of increased community level engagement and slow progression of social acceptance of changing legislation due to traditional and cultural norms, calling upon community leaders to take further action. At the side event on the Right to Abortion, government representatives from Belgium emphasized the mobilization of women’s liberation movements required to push forward progressive legislative change for abortion rights. In the context of reproductive rights and childcare systems, Permanent Representative of the Republic of Maldives to the United Nations, H.E. Doctor Ali Naseer Mohamed, and Deputy Permanent Representatives, Mrs. Farzana Zahir, point to how changes in societal mentality often lag behind policy change which increases the challenges to the advance to women. Legislative changes may attempt to support increased maternal and paternal leave, but local communities must overcome traditional gender stereotypes regarding the family unit and normative understandings of the role of the women.

While the slow or lack of women’s rights advancement may be attributed to various factors such as weak legal frameworks or complex cultural and normative influences, it is exacerbated by a systemic lack of collective responsibility and shared efforts to collaborate and understand one another at all levels of society.  This effort is certainly one that is not easy to manage – it requires a commitment to continual engagement and open dialogue, perhaps setting politicized agendas aside to work towards the common goal of gender equality. When conversations continually focus on where the share of burden should lay in the international system, the root cause for issues surrounding sex education, the right to abortion, and gender-based trafficking will never be resolved.