Dear Mr. President: An Open Letter to President Obama on the Morality of Force 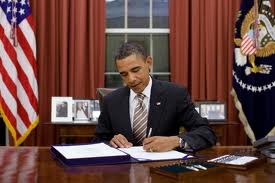 Few Nobel Peace Prize Laureates see the use of force as a means for preserving a peaceful international order, so it is indeed surprising that you as the commander-in-chief of the world’s largest and most active military won the world’s foremost award for international peace. However your acceptance speech upon receiving the prize did an excellent job of affirming the moral necessity of force while directly addressing the noble aspirations of pacifism and its critiques of violence. You argue that you “cannot stand idle in the face of threats to the American people,” and that “a nonviolent movement could not have halted Hitler”; these statements, however, attest to the necessity of force rather than its morality.[3] You gain the moral upper hand when you rely on the Christian Realist thinking of Reinhold Niebuhr, contending that, “to say force may sometimes be necessary is not a call to cynicism—it is a recognition of history; the imperfections of man and the limits of reason.”[4] The distinction Niebuhr makes is an effective rebuttal of the “ethical perfectionism” of pacifism, in that while man aspires to the highest possible ideals, his imperfections cause him to inevitably fail to reach such lofty goals.[5] History presents many morally ambiguous situations, certainly cloudier than the example of Nazi Germany you cite; this, however, does not mean you should remain passive or inactive in the face of such dilemmas, but instead exercise caution and recognize that war can be an instrument of justice even if it inevitably is an expression of human folly to some degree.

Your succinct Niebuhrian arguments for the use of force carry great intellectual rigor, but if you recognize that Niebuhr’s opus contains no handbook for when and where to use force, it remains unclear what your criteria are. Early in your speech you invoked the central criteria of jus ad bellum, that war is morally justifiable “if it is waged as a last resort or in self-defense,” and of jus in bello, “if whenever possible, civilians are spared from violence.”[7] By articulating these concepts you of course lend them tenable weight due to your immense international stature; your argument suggests that this traditional understanding of a dichotomous theory of just war is a plausible defense for your use of force in a violent world. While Christian Realism refutes the complete moral absolution of any participant in war because it is to some degree an expression of human folly and is therefore always a tragedy, Just War Theory (JWT) is not incompatible with Christian Realism because both accept the basic premise that you can use force to defend yourself and your people. For example, in his assessment of what was to be done in 1932 in response to the Japanese aggression in China, Niebuhr argued, “We must try to dissuade Japan from her military venture, but must use coercion to frustrate her designs if necessary … must reduce coercion to a minimum and prevent it from issuing violence, must engage in constant self-analysis in order to reduce the moral conceit of Japan’s critics.”[8] This assessment reflects Niebuhr’s belief that self-defense is not the only cause for justly engaging in war, but that protecting the lives of innocent nations from wanton aggression is also a just cause. Even so, if you are to remain true to your Christian Realist worldview, you must recognize the fallacy of legalism that JWT tends to lapse into and the importance of maintaining a self-critical analysis of your motivations for fighting so that American moral pretensions do not become a thinly disguised veil for our self-interests.[9]

Your critique of the failings of this traditional theory of just war[10] is important because it reflects your understanding that JWT forms a state-centric framework that offers little in the way of moral prescriptions for dealing with intrastate conflicts and terrorism actors.[11] Because of these failings, and Niebuhr’s caution against moral legalism, it is important that you develop a new account of when to use force and if so, how much. Considering that you cite humanitarian grounds as a justification for force, Responsibility to Protect (R2P) is a doctrine that can be used to fortify JWT because it also affirms the use force when mass atrocities occur or are imminent within a state,[12] thereby resolving the tricky moral dilemma of what to do in the face of intrastate conflicts. Furthermore R2P is compatible with Niebuhr’s own analysis. Niebuhr argued for the justice of force to assert the interests of the underprivileged, when he wrote, “The hope of attaining an ethical goal for society … without the assertion of the interests of the underprivileged against the interests of the privileged, is an illusion.”[13]

The upshot of R2P is that you can claim the moral defense of using force to stem the grave atrocities occurring in Syria and the Central African Republic (CAR). While some political realists might argue that it is irrational to use force in CAR, because this conflict doesn’t offer a legitimate threat to our national interests, R2P demands that we address the mass atrocities occurring in that country with force if necessary. Similarly to those who contend that the political risks of invading Syria are too grave because of China and Russia’s support of Assad, these are political risks and military risks that must be taken to ensure that the immense casualties stop; they will serve as an assertion that no dictator has the right to kill their citizens.[14] This is a moral good because we cannot remain inactive in the face of the evil we see today. 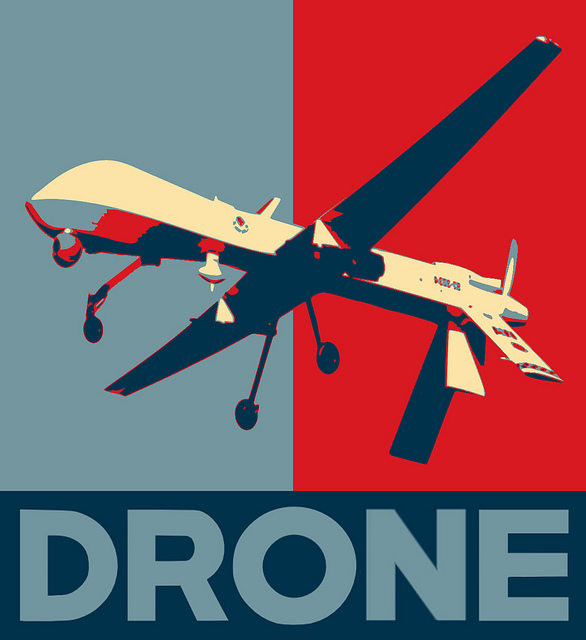 Your use of drones as a major instrument of American warfare is a violation of the very same Niebuhrian principles you rested so heavily upon in your 2009 address. Because history lies beyond the realm of human comprehension and therefore any act within history is ripe with the potential to lead to unintended outcomes, Niebuhr stressed the moral ambiguity of using force as a component of foreign policy.[15] Accordingly, whenever you decide to act with force you must engage seriously in the “dreadful moral calculus” of your policy.[16] The use of drones for targeted assassinations in asymmetric warfare can be justified along the lines that “terrorists are regular combatants in everything but uniform.”[17] Therefore having a “kill list” in and of itself is not immoral because all it does is determine the affiliation of enemy combatants who would otherwise be unidentifiable.[18] Initial justifications notwithstanding, there are numerous subsequent questions to address before you can determine the result of the morality of drone strikes. Firstly, while drone strikes are generally effective at killing the exact target with minimal collateral damage, meaning few deaths to noncombatants,[19] is not your criteria that holds all military-age men in a strike zone as combatants simply a way of fixing the numbers?[20] This way of categorizing combatants is unfair since it assumes the guilt of men by association and leaves them with no opportunity to profess their innocence or beg for surrender. Secondly, how can you reasonably defend the continued use of drones after the strike that killed Anwar al-Awlaki’s son, who was never accused of involvement in terrorism and is an American citizen?[21] While the argument that terrorists of foreign nationality do not have a right to the Fifth Amendment’s guarantee to due process is a fair one, it is a blatant violation of the United States Constitution to consider killing an American without a trial. An executive legal memo is not a justifiable abridgement of an American’s most basic rights. The threats to Americans may ensnare you in difficult moral dilemmas, but that can never obfuscate or abridge your oath to uphold the Constitution of the United States of America.

[1] “As someone who stands here as a direct consequence of Dr. King’s life work, I am living testimonial to the moral force of nonviolence. I know there is nothing weak—nothing passive—nothing naïve—in the creeds and lives of Gandhi and King.” Obama, 2.

[5] H.R. Niebuhr and Reinhold Niebuhr: “The Grace of Doing Nothing” and “Must We Do Nothing?” in Richard Miller, ed., War in the 20th Century: Sources in Theological Ethics (Westminster/JKP, 1992), 6.

[9] John Carlson, “Is There a Christian Realist Theory of War and Peace? Reinhold Niebuhr and Just War Thought,” Journal of the Society of Christian Ethics 28.1 (Spring/Summer 2008), 138.

[10] “The resurgence of ethnic and sectarian conflicts; the growth of secessionist movements, insurgencies, and failed states—all these things have increasingly trapped civilians in unending chaos … will require us to think in news ways about the notions of just war,” Obama, 2.