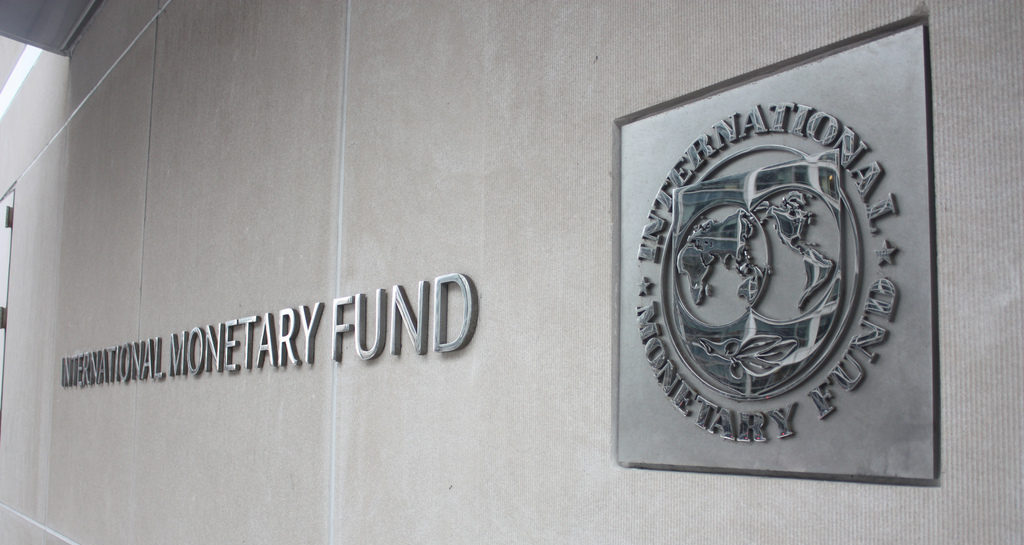 On October 9th, Finance Minister Asad Umar announced that Pakistan would negotiate with the International Monetary Fund (IMF) for loans to navigate their economy through a tumultuous time. Soaring deficits, compounding debts, currency devaluations, and depleting foreign reserves are persistent sights all too familiar for the Pakistani economy. In the present, its current situation was described by Umar in the following words: “Pakistan’s economy is on ventilator, undergoing heart bypass surgery”. The Asian Development Bank downgraded Pakistan’s economic growth forecast to 4.8% for the upcoming year, down from 5.8% this year. The State Bank of Pakistan hiked interest rates to a three-year high, marking the most aggressive interest increase in Asia this year. Inflation has crept up close to 6%, a steep jump from 3.2% in early 2018. External debt is approaching $100 billion USD. Debt service payments have depleted the foreign reserves to $8.4 billion. Rising oil prices and a strong US Dollar have compounded the problems facing the Pakistani Rupee, as its value shed by 20% of its worth since December 2017.

Many of the reasons plaguing the economy can be traced back decades in the form of corruption, failing state–owned entities, and instability, hampering investment. Under the previous government of Nawaz Sharif and the Pakistan Muslim League Nawaz (PMLN), external debt and liabilities rose over 50%. In hindsight, the previous administrations’ measures, aided by low oil prices, only provided short-term economic gain in exchange for a potential long-term catastrophe. Dr. Abid Hasan, who serves as a member of the Economic Advisory Council (an independent body that advises the Prime Minister), claimed that the government injected $7 billion to prop up the rupee’s value as advocated for by former Finance Minister Ishaq Dar.

The PML-N has oscillated political control of the nation with the Bhuttos’ Pakistan Peoples Party since the 1980s before the Pakistan Tehreek Insaaf (PTI) broke their political grip this July. Despite a rare civilian transition of power, any improved political stability did not come hand-in-hand with an improved financial outlook.

Since June 2013, the PML-N government acquired $42.6 billion in external loans and the deficit between imports and exports grew. Both loans and imports can be traced to the China-Pakistan Economic Corridor (CPEC), the linchpin of China’s One Belt One Road initiative. The promise of foreign investment and infrastructural projects is crucial to the Pakistani economy in the long run. However, it has compounded systemic economic issues and pressured the economy with swelling debt and corresponding service payments, inducing headaches for the newly elected government.

Pakistan requires around $11 billion to finance imports and repay debts in the next nine months. The government’s macroeconomic plan to solve the crisis has been to try a multi-pronged strategy to increase foreign reserves from a wide bracket of sources to ensure stability and to limit external influence.

The first and somewhat paradoxical option the government has taken is to pile on further Chinese debt with more loans to shore up deficits with money from an ally. However, this will only exacerbate Pakistan’s cyclical debt to China, temporarily offsetting a crisis. Being the fulcrum of the One Belt initiative and a key strategic partner grants Pakistan more security than other nations in facing Chinese debt traps. Pakistan’s close ties to China extend back to the 1960s, solidified by Chinese trade and energy interests reaching into Central Asia and the Gulf directly through Pakistan. In August, China loaned Pakistan $2 billion to bridge loan payments and partly cover the deficit for this fiscal year.

The second supportive source of monetary backing was hinted by the new Prime Minister’s selection of his first foreign tour. Former cricket-star-turned-politician Imran Khan made his first trips as PM to Saudi Arabia and the UAE. These trips concluded with both nations pledging investments. A bilateral agreement in infrastructure and economic investment is in the works with Riyadh including projects sprouting from CPEC, although the Pakistani government has clarified that the Kingdom is not formally joining CPEC. Khan’s warming to the Gulf states poses a strategic dilemma. He has made it clear that developing relations with Iran remains one of the government’s key foreign objectives, which would be potentially hampered by lopsided strategic cooperation with Riyadh.

The government may have reached out to China and the Gulf as a means of solving the crisis, but both sources are not sufficient to solve the problem. Both only supplement the main source of economic assistance— the IMF bailout.

The Bailout & Its Implications

Pakistan’s principal source of economic assistance is the IMF bailout. The state has previous precedence in dealing with the IMF, turning to the body a dozen times. In July, US Secretary of State Mike Pompeo called against a bailout, citing his government’s refusal to allow US taxpayer dollars to bail out Chinese bondholders. After his visit to Pakistan in September however, Pompeo reversed his rhetoric.

The PTI government itself was perhaps the biggest opponent to moving towards a bailout, making assurances that approaching the IMF was the last option on the table. This mindset was a consequence of both an economic and an electoral strategy. The PTI campaigned on self-sufficiency and a decrease in reliance on foreign aid. Pragmatically, an IMF bailout entails numerous austerity measures. An IMF team visited Pakistan earlier this month and recommended tariff increases and monetary policy tightening. The IMF’s recommendations are meant to strengthen an economy through stabilization and increasing investor confidence. However, the outcomes of such fiscal policies in other IMF recipients such as Argentina are still contested. Specifically, these recommendations would require further currency devaluation to 145 rupees to the US dollar, down from the rate in the mid-120s throughout most of 2018, and an interest rate increase into the double digits. The bailout may also provide stricter guidelines for future Chinese loans given the strain such loans have exerted on the economy. The corresponding economic stagnation in favor of stability was a burden the government was keen to avoid, but grave economic conditions have forced their hand.

The IMF bailout reinforces a geopolitical balancing act that Pakistan is familiar with: juggling its alliances with China and the West. With a lion’s share of 17% control in voting power, the United States is the lead stakeholder in the IMF, and with its allies potentially controls 40% of the organization’s voting bloc. Pakistan already owes the IMF and a bailout rumored in the billions of dollars lands Pakistan firmly under the cusp of Western debt. Pakistan’s ties with the US have come under strain following the US’s decision to slice military aid to Pakistan over dissatisfaction regarding Pakistan’s efforts to fight extremism. Khan’s hopes of realigning Pakistan on a path of self-sufficiency and seeking new relationships with the US on equal sovereign footing may be in jeopardy. The US is in a position to exert greater influence over Pakistan through the IMF while suspending its own direct aid payments to Pakistan.

Pakistan’s debt servicing costs for the next fiscal year are said to be around $9.3 billion, almost on par with the total foreign reserves Pakistan has. A bailout package would carry a longer period of greater payments for an extended time frame. The practicality of being able to pay back such a bailout is therefore bleak but the status of the economy makes a bailout a necessity. “We have to break this cycle of going to the IMF,” Umar stated. “We will face the pain now, but after this, we have to work towards such an economy that can stand on its own two feet”. Whether his words materialize will depend not only on the details of the bailout itself but also Pakistan’s fiscal policies and microeconomic changes.

It is important to take into consideration the new government’s self-imposed restrictions in the form of its electoral promises. Imran Khan campaigned on the idea of an “Islamic welfare state”, singling out the Scandinavian model numerous times on the election campaign and calling for a progressive taxation system. During his party’s 5-year reign in the Khyber Pakhtunkhwa (KPK) province, a revamped healthcare scheme covered 70% of the province with health insurance. This initiative was noted by Khan for extrapolation on the national level. However, this healthcare system doubled the healthcare budget. The education budget in KPK also increased by a factor of two.

Such projects outline Khan’s fiscal mindset as consistent with a leftist as opposed to his more conservative social stances. These initiatives were popular during the PTI tenure in KPK (2013-2018) and resulted in a sweeping victory in the province’s recent election, establishing a two-thirds majority provincial mandate. However, the budgetary increases in implementing such projects on a national level could run in the opposing direction to the spending cuts a bailout requires.

The PTI passed a mini-budget earlier this month. Usman Hayat, former executive director at the Securities and Exchange Commission of Pakistan, was critical of the mini-budget:

“It hurts the salaried class the most because it cannot pass it on to others. There is a desperate need to broaden the tax base and not force the captured salaried class to give more. The government should also consider providing more incentives to the filers. Giving a stick to non-filers is not enough. There should also be a carrot for filers”.

This highlights a key issue Khan faces: increasing tax collection from a nation of 200 million with only 1.4 million tax filers. The PTI taxation strategy has been clear— ensuring minimal economic crunch on the poor and burdening those who can bear the load. Furthermore, the government has repeatedly stated it wishes to allow foreign Pakistanis, who are a lifeline of the economy with remittances amounting to $19 Billion USD last fiscal year, a greater hand in the economy.  A ban on non-taxpayers from acquiring cars or land was removed but opens yet another excuse to not file taxes.

Assessing the macroeconomic strategy and microeconomic policies in tandem will make or break the PTI’s ability to fulfill their promises and set Pakistan’s economy in order. Khan may be known for his sporting abilities on a cricket field, but to manage the economy he’ll quickly have to learn a new skill: walking a tightrope.