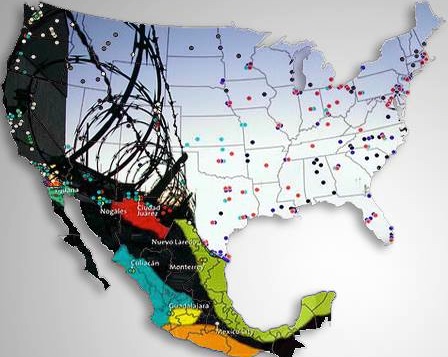 The night before the announcement of an extended campaign against Islamic State (ISIS), national security experts warned that the organization posed no direct strategic threat to the United States. ISIS deployed the gruesome videos of the executions of Steven Sotloff, and Jim Foley like a weapon against the American Public. The videos allowed ISIS to successfully gain traction in the American public conscience, embedding itself through fear. The visceral reaction to ISIS’ media campaign aggrandized the capabilities of an organization that, when compared to similar organizations, poses at best an indirect or latent threat to American society.

Yet, ISIS still stands at the top of the list of national security concerns. Dramatic media coverage of ISIS and Ebola has instilled widespread hysteria in the American public that translated directly into political outcomes during the midterm elections. Criticism of the Obama administration’s approach towards ISIS and Ebola contributed to sweeping Republican gains in Congress. Preliminary exit polls in Virginia indicate that voters were as concerned with the economy as they were about a major terror attack.

While the nation was fixated on events in Iraq and Syria, 43 students went missing in Mexico, abducted by police and murdered by drug cartels. Reports then emerged of mass graves in remote Mexican countryside, quickly linked to the missing students. In the last few months, Americans have been haunted by descriptions of the depravity and murderous violence committed by members of ISIS. Yet, observers have pointed out that the same violence has been carried out systematically in neighboring Mexico. Cartels have carried out hundreds of beheadings, disembowelments, and public displays of their mutilated victims. Three Americans have died so far in the conflict against ISIS. However, hundreds of Americans have been killed as a direct result of cartel violence. The figure is likely much higher as many killings go unreported, and tallying is complicated by dual citizenship. While each conflict is undoubtedly tragic, ISIS has become an obsession in the national agenda, while the impact of the drug cartels goes on under-reported and relatively unnoticed.

The ideological lens of the War on Terror has skewed and obscured the rationale of credible threats to American society, leaving these events directly across the border largely outside the national conscience. While a few individuals have consistently identified Cartel violence as a key national security issue, the majority of the political class of the United States has ignored it in favor of the more contentious ISIS. In the annual threat assessment prepared by the Department of Defense, cartels were reported to have extended to “six of seven continents.” Other reports have stated that the cartels have a documented presence in 230 American cities. ISIS, has essentially zero presence in the United States and if ISIS were to become a domestic threat, it would likely be perpetrated by lone individuals, not by complex organizations like the Mexican cartels.

The exaggeration of ideological threats is nothing new to American society. The tenacity with which Americans have embarked on the War on Terror both abroad and at home is evocative of anti-communism and the Red Scare of the 1950s. Paranoid state legislatures have passed legislation prohibiting Sharia law, including a constitutional amendment in Oklahoma. The actions of these legislatures show that there is a distinct psychological process at play. Americans have become obsessed with the imagery of terrorism, of the mounting grotesque record of violence committed by ISIS. Singular events like the horrifying executions of Jim Foley and Steven Sotloff have cast increasingly long shadows over the public conscience, causing panic and paranoia.

Panic is precisely the goal of ISIS. ISIS has communicated the same simple message of fear again and again through its extensive social media presence. The professional editing of its posts and videos are indicative of a strategy of calculated madness. That strategy has foundations in radical Islamist thought, specifically in a book written by radical Abu Bakr Naji, which calls for the “administration of savagery.” Violence is not dolled out randomly. Perverse acts of violence are systematically recorded, edited, and then released through social media to attract adherents to ISIS and instill fear in its opponents.

The ISIS propaganda arm has successfully aggrandized an organization that is regionally limited and still weak relative to behemoth organizations like the Mexican drug cartels. The financial foundations of ISIS are based on international benefactors, and oil refineries that are currently being bombed by the United States. Meanwhile, the annual drug trade for cartels in the US is a 39 billion dollars industry. Cartels have diversified from drug production and are becoming vertically integrated; they have successfully laundered money on a massive scale through conventional banks like HSBC. While the public dreads the potential creation of an Islamic Caliphate under ISIS rule, the Mexican cartels are already operating their own twisted quasi-states.

The injuries that ISIS has inflicted on American society, however horrifying, are skin-deep when compared to the deeply rooted wounds of cartel violence. Nowhere is this more evident than in the US prison system. Drug offenders make up 51% of the total population. Some 400,000 Americans are in prison on drug-related charges in a country with one of the highest incarceration rates in the world. The War on Drugs has perpetuated and exacerbated racial prejudice as African Americans are disproportionately arrested for drug offenses. African Americans represent 14% of regular users, but 37% of those arrested on drug charges. Chicago named infamous Sinaloa cartel leader “El Chapo” as public enemy number one (before his capture in 2014), the first criminal to receive the title since Al Capone. At the same time, cartels are becoming more assertive and more willing to target Americans directly. Unlike the attention given to the ISIS campaign, there is little coherent strategy to combat the power that the cartels now wield over American society.

All of this is not necessarily to prove that one organization is worse than another. Rather, the takeaway from the hysteria surrounding the ISIS campaign should be a lesson in perspective. The ISIS brand of violence is one designed to aggrandize the organization. When we separate ISIS from its sinister propaganda, when we compare it to the drug cartels in terms of organizational capacity, that now infamous black flag starts to appear a little less formidable.