In Defense of Citizen Diplomacy 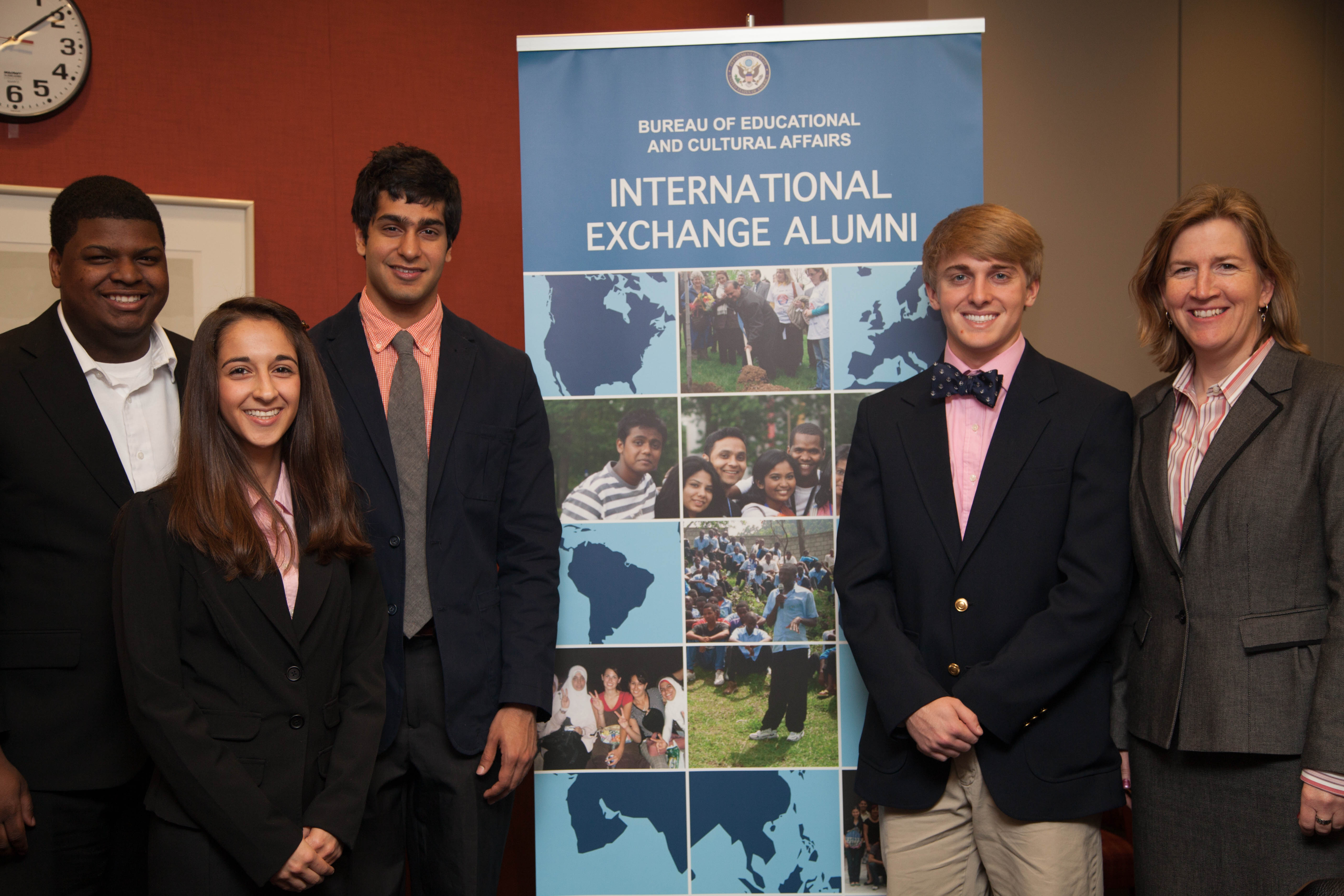 On September 10th, 2001, a phone call between two high-priority Al-Qaeda operatives in Afghanistan was intercepted by U.S. intelligence. The NSA didn’t have enough linguists, and the Arabic language phone call entered a long line of messages waiting to be translated despite its high profile origins. On September 12th, 2001, the linguists got around to translating the conversation.  “Tomorrow is hour zero,” said one voice. “The match is about to begin,” said another. By the time the call was decoded, it was two days too late to do anything with the phone call that warned of the 9/11 attacks. In the months after 9/11, the American legislature heavily criticized the CIA and NSA for its deficiency in linguists and regional and cultural experts that had left an al-Qaeda-sized blind spot in American intelligence.

Clearly, the US was falling behind in valuable expertise about diverse regions of the world and vital translation capabilities. As the decade and its wars in Afghanistan and Iraq wore on, it became clear that the US military didn’t have enough translators to effectively operate in either place, and that the animosity created by war was eroding good will and creating a hostile environment that lent itself to radicalization. Out of this era came three key programs tasked with training a new generation of American students to begin to repair relationships with the peacefully-growing Muslim world, and ameliorate the severe lack of US linguistic capability plaguing both the government and global economic competitiveness.

The first, Kennedy-Lugar Youth Exchange and Study, or YES Abroad, was created by Ted Kennedy and Richard Lugar in the wake of 9/11 to dispel myths about both America and the Muslim world. The program has successfully welcomed high-school students from peaceful countries with significant Muslim populations into American communities, enabling students to return to their home countries and educate their communities about the US. Reciprocally, around 60 highly qualified American students are sent to Muslim countries each year. While there, students seek to learn the local language, build friendships, and share American culture with their host communities before returning home to teach their own families and friends what they’ve learned about the Muslim world.

The second two, National Security Language Initiative for Youth (NSLI-Y) and Critical Language Scholarship (CLS) are more directly targeted at improving American linguistic capability. These programs educate hundreds of American high-school and college students in important languages like Mandarin, Korean, Russian, Persian, and Arabic that are rarely taught in high school but are important for security. Proficiency in these languages boosts American economic competitiveness and safety by providing both the private and public sector with a supply of candidates with deep knowledge of specific regions and languages.

In tandem, these programs represent the best long-term diplomatic path for the US: a new generation of global thinkers equipped to understand the world’s languages, cultures, and motivations. Administering these programs is the type of relatively cheap and non-controversial work that the US Department of State’s Bureau of Educational and Cultural Affairs (ECA) does. Sending small groups of highly-motivated students abroad to quickly learn languages is cheaper than attempting to fundamentally overhaul language education in public schools, and international students that come to the US stay with volunteer host families and attend regular schools. Mutual understanding between cultures can prevent the Islamophobia, radicalization, and separation that have plagued American foreign policy for the past several decades. Unfortunately, these efforts to build peace could soon come to an end. Should Congress adhere to the budget plan that President Trump has presented, much of the ECA and the work it does for future peace are likely to disappear.

While Trump likes to call his foreign policy approach “America First,” he is in fact putting the US last in peace-building, language-learning, diplomacy, and long-term security. On the chopping block are aid and education programs that Trump has called wasteful, perhaps not realizing the security risk posed by lack of education in critical languages and lack of positive contact between US citizens and their global peers. In its haste to increase funding for flashy military toys, the Trump administration has disdained a key aspect of American security: citizen diplomacy. In Trump’s proposed budget, the Department of Defense gets a 9% increase while the Department of State suffers a 29% cut to the peacebuilding programs that aim to prevent the Department of Defense from having to use its weapons. All of this spells disaster for long term American security.

In the past, The US Department of State has been quite successful in bolstering relations abroad through the use of citizen diplomacy. A prime example is the Congress-Bundestag Youth Exchange (CBYX), a program begun in 1983 to strengthen US relationships with Germany by a mutual exchange of high-school and college students. More than three decades later, over 24,000 students have participated and US relations with Germany have been transformed less than a century after the end of World War II. Of course, much of the about-face in relations was due to geopolitical factors that pushed Western Europe and the US ever closer. However, Germany’s current position as a close US ally likely would have been difficult to achieve without the attitude of reconciliation and mutual understanding on both sides of the Atlantic that found common interests and built on them. Programs like CBYX helped to spread this attitude towards the public to the point that American school children meeting German exchange students are unlikely to remember that their grandfathers might have fought each other in World War II.

In cases where foreign governments are not as conciliatory as that of Western Germany, citizen diplomacy is perhaps even more important. A decade after the start of CBYX, the Department of State chose to apply the concept to post-Soviet countries, an area where diplomacy had faced a significantly higher number of barriers. In 1993, the Future Leaders Exchange (FLEX) began providing competitive scholarships for students from Eastern Europe and Central Asia to spend a year in the US learning English and promoting cultural exchange. The program’s goals were relatively simple: to increase cultural understanding between Americans and societies still working their way through post-communist baggage. It selected thousands of bright students living under repressive governments and gave them a chance to learn English, further their educations, and better understand America in a way that might have been inaccessible in their home countries. Students living without free press or uncensored internet could see for themselves what the western world was really like. The program created lifelong friendships that spanned diplomatic divides and increased American security by creating a cadre of highly educated, English speaking students, some of whom continue to associate with the US government in countries where it is difficult for the US Department of State to operate. By advancing the education of the world’s best and brightest, diplomacy can be achieved by direct contact with a country’s citizens. In FLEX countries like Uzbekistan, where farmers were once forced to glue harvested cotton back onto plants so that the Prime Minister would see it as he drove by, public diplomacy with citizens outside the official channels becomes invaluable. While both CBYX and FLEX have shown long-term success in building relationships with allies and carrying out public diplomacy in hard-to-reach areas, both would be cut by the Trump budget. If Trump truly wants to make America safe, this is a mistake.

Since 9/11, the American definition of national security has evolved to recognize that weapons do not guarantee protection. In order to be effective in keeping Americans safe, the US Department of State must stay actively involved in public diplomacy and educating a new generation of linguists and cultural specialists. While Trump’s new guns might be able to retaliate in the event of another attack on US soil, they do nothing to prevent it. In order to enjoy peace, the US must ensure that it has enough culturally literate citizens to build it. Without investment in language education and cultural understanding, America and its security apparatus could very well find itself in the same position it occupied on September 12th, 2001.