Will John Fetterman secure the Democrats' place in Pennsylvania? 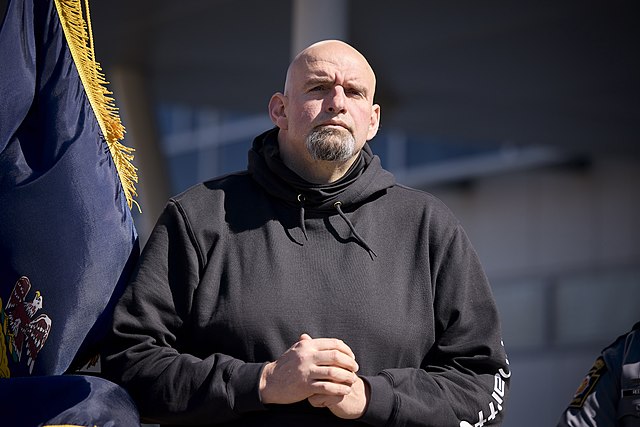 Pennsylvania is not as simple as the progressive cities of Philadelphia and Pittsburgh. Situated in the middle of the state between its metropolitan centres is a region known as “The T” – a large, predominantly rural area between the state’s two biggest cities. This is where the state’s rural population – 27 per cent of all Pennsylvanians – predominantly live.

The T is part of the source of much of the Democrat’s recent woes; Hillary Clinton famously blundered in Rust Belt states like Pennsylvania by assuming that Philadelphia and Pittsburgh would be enough to snatch the keystone state’s electors. Many Democratic politicians before and after her also assumed that their Ivy League educations and electability, along with their moderate stances on social and economic issues, would be enough to lure rural voters to the polls without actually campaigning in these areas. However, these past few years have shown that in order to win elections in Pennsylvania and other similar Rust Belt states, Democrats need to speak to and resonate with voters who are not their typical supporters – for example, by listening to voters in economically struggling areas about issues that affect their daily lives.

This is why all eyes are on John Fetterman: the giant, gruff, flannel-clad former linebacker who captured the nation’s attention as he became the lieutenant governor of Pennsylvania. Fetterman recently announced his second bid for the Democratic nomination for a state Senate seat and must contend with the polished Representative Conor Lamb – a man who better fits within the Democrat’s status quo. Despite his previously failed bid, he appears to be the frontrunner this time.

Ideologically, Fetterman is situated firmly amongst the progressive wing of the Democratic party, even garnering an endorsement from Bernie Sanders, who said his campaign highlights what the progressive movement is all about. He is ardently pro-union, proclaims healthcare as a human right, along with housing, food, and education, and asserts that corporate money has no place in politics. This would logically make him the left’s new progressive, Bernie-esque darling, but his stance on fracking has garnered him condemnation from some of his ideological compatriots. While discussing fracking has always been a weighty issue for Pennsylvania’s Democrats, Fetterman states that it is currently a necessary evil in Pennsylvania because the industry generates many stable, reliable union jobs.

Fetterman has gained attention from the mainstream media, with journalists remarking things such as “the Left’s answer to Trump is 6’8′ and wears shorts in February,” that brand him as unique because of how he presents himself. However, Fetterman is tired of being branded the “oddball” of the Democratic party, preferring to be appreciated for his policy and how he can help the people he aspires to represent. Nevertheless, his unpolished, gruff persona has endeared him to many, with people viewing him as the change of pace Democrats need in the Trump era and “sanded-down political personalities.”

Fetterman also effectively mobilizes his life experiences as the foundation for his platform. Much like his stance on fracking, many of his other opinions are based on his own personal journey. When asked why he supports unions, he said: “I was an unplanned, unwanted pregnancy to two 19-year-olds that were casually dating, and my father was a union grocery worker at the ShopRite—and that’s what allowed my family to survive while [I] went to college.”

As the lieutenant governor of Pennsylvania and mayor for thirteen years of Braddock, P.A. – a town with a median annual household income of $22,000 – Fetterman has proven that he can effectively tap into the state’s working-class ethos and bring Pennsylvanians to the polls for Democrats. Braddock is a former steel town that epitomizes exactly the kind of voters that Democrats need to tap into; Democrats usually do best in relatively affluent, well-educated, urban areas, failing to mobilize voters in more rural, blue-collar areas. These are the type of voters that Fetterman brought to the polls for the duration of his tenure as mayor of Braddock, doing so again when he secured the Democratic Party’s nomination for lieutenant governor of Pennsylvania.

Fetterman’s ability to resonate with the working class should teach Democrats and their progressive dissidents alike how to win over rural, working-class voters to their side in order to combat Republicans effectively and modernize their party. Despite his preference for progressive economic policies, Fetterman has never branded himself a socialist – a decision that made Bernie Sanders an easy target for Trump, Fox News, and the broader mainstream media. As for the Democrats, they could learn from the success of his personal brand, casting off their suits and fancy watches, or instead of selecting candidates who appeal to people beyond their staple population of coastal elites.