Despite Opposition, Kurdistan’s Independence Referendum to Continue as Scheduled 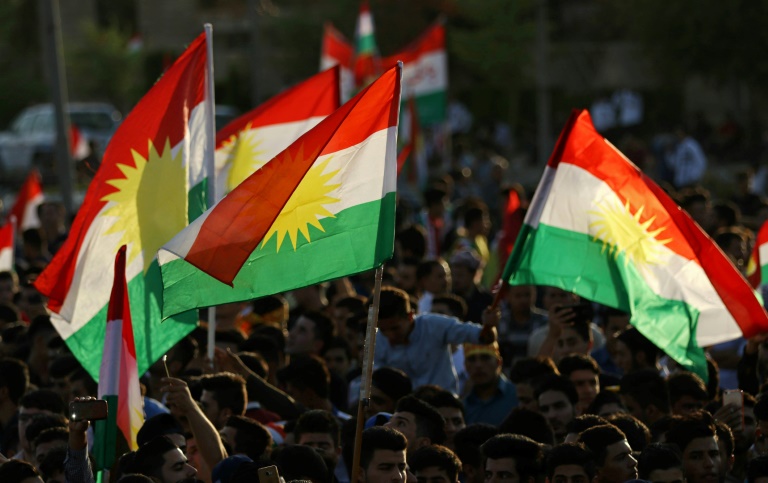 In a region profoundly lacking in international accord, the so-called Islamic State (IS) has provided a cause that friends and foes alike can agree to fight together. From the US and Russia, Iran and Saudi Arabia, to the United Nations Secretary General, countering the spread of IS has allowed for a unique group of collaborators. More recently, another point of agreement seems to have emerged, with a similarly broad coalition vehemently opposed to the upcoming Iraqi Kurdistan independence referendum, scheduled for today, September 25.

The Kurdish people are a linguistically and religiously diverse ethnic group inhabiting the mountainous region of Kurdistan, an area divided between Turkey, Syria, Iraq, and Iran after WWI. In Iraq, Kurds account for around 15% of the population and are concentrated in a semiautonomous region in the north, governed by the Kurdistan Regional Government (KRG) since 1992. Throughout their history, Kurds have faced brutal repression, discrimination, and even genocidal campaigns. This, coupled with their separate identity from Arab Iraqis, has resulted in a generations-long struggle for increased autonomy against the central government, which has come to a head with the approaching referendum.

Today’s referendum has two primary goals, neither of which are instant independence for Kurdistan. Negotiations are planned between the central Iraqi government and the KRG over the status of Kurdistan, and the referendum is intended to allow the Kurdish population a voice at the negotiating table and to strengthen officials’ bargaining position. The vote itself is binding for the KRG – but not the Iraqi government – and would mark the beginning of a formal breakaway process and negotiations. As the Kurdistan president, Masoud Barzani, stated: “The Kurdistan Region will happily negotiate with Baghdad after the referendum…if we cannot become good partners within Iraq, then let us be great neighbours.”

Despite the overwhelming support for the referendum in Kurdistan, it has minimal international support and a whole slew of world powers and regional players that are strongly opposed. Saudi Arabia hopes the referendum will not go forward, and few states have actually endorsed it.  Iran “opposes holding talks of a referendum to partition Iraq and considers those who fuel the idea as opponents of Iraq’s independence,” promising to close the border with Kurdistan should it go forward. On the western border, Turkey is conducting military maneuvers and tank drills, and President Recep Erdogan’s speech at the United Nations General Assembly on Tuesday included a call to abort the referendum and threats of further reduced autonomy for Kurdistan. The Iraqi central government is predictably strongly against the referendum, and the highest court has ordered the suspension of the referendum, calling it illegal under the constitution.

Further afield, the United Kingdom, Germany, and most other European states are all opposed (though they support Kurdish independence), and the UN Secretary General Antonin Gutierrez has warned against continuing the referendum. More surprising, perhaps, is the position of the United States. In a recent statement, the US State Department recognized again their ongoing support for Kurdish self-determination but warned that diplomatic support and aid could be cut off if the referendum proceeds. China and Russia, meanwhile, have maintained silence on the issue and are unlikely to speak out in favour of the referendum despite recent investment in the region’s natural gas industry.

What explains this surprising alignment of positions, that includes states that have previously strongly supported Kurdish autonomy, or even independence? The international community’s reticence can be traced to a number of sources, including a focus on fighting IS, worries about Iraq’s fragile territorial integrity, and fears of self-determinism.

Primary among the state concerns is the fight against IS. A number of states, particularly those actively involved in the campaign, worry that having the referendum now will distract from the final assaults against IS strongholds and cause rifts between Kurdish forces and the rest of the coalition. Kurdistan’s Peshmerga fighters, also known as People’s Protection Units (YPG), have been a highly effective fighting force and major part of the coalition against IS, particularly in Iraq. Most recently, they were an integral part of the liberation of Mosul, but are not participating in the most recent assaults in Kirkuk, Iraq. A large part of the international community worries that the referendum will continue this trend, potentially harming the IS campaign. Ironically, part of the reason that the Kurds feel so strongly about the referendum is that they believe they have earned it, due to their major involvement in the fight against IS.

Another major and related concern is the weakness of Iraq’s central government. A number of international players have invested major resources in keeping Iraq a sovereign, unitary state, and its weakness and partial collapse due to the Syrian civil war was part of what allowed IS to make such important territorial gains. If the referendum goes forward, some fear the worst: the Iraqi central government’s collapse under pressure, eruptions of ethnic violence, and maybe even the resurgence of IS. This fear is exacerbated by the fact that Kurdish fighters have taken control of important territory outside of Kurdistan in the fight against IS, disputed territories now considered part of Kurdistan in the referendum. These include the diverse and oil-rich city of Kirkuk that Kurdish fighters have held since 2014, after the Iraqi army fled as IS advanced.

There is a final major reason so many in the international community oppose Kurdistan’s referendum, though it is less plainly stated: a successful vote risks encouraging other separatist and independence movements. This is most clear for Turkey and Iran, two other states with major Kurdish populations. Kurds make up 15-20% of the population of Turkey, and the central government faces an important separatist movement in the southeast of the country. The primary Kurdish opposition group in Turkey has been declared a terrorist group by Turkey, the US, and the EU, and it demands an ethnic state similar to Kurdistan. Iran has a slightly smaller Kurdish population, also concentrated on its border with Kurdistan, and though it does not have an important separatist movement, Iranian Kurds have dramatically reduced rights and might similarly be inspired by a successful referendum. Further afield, Spain, China, and Russia, as well as other states with important independence moments, are either vocally opposed or are unlikely to endorse the referendum, fearing contagion effects.

Thus, the international community says to the Kurds, as it has does to so many other oppressed groups: ‘not now.’ The question becomes, then, if the Kurds hear ‘not now’ or ‘not ever’ – and the decision on this front seems to be made. Despite concerns over the viability of the KRG, the existence of a “No For Now” movement, and internal political opposition to Barzani, the overwhelming public sentiment in Kurdistan is that the vote must and will go on. Kurdish officials are, as of publication, expected to hold the referendum as scheduled, fearing that this window of opportunity, a combination of their position as a major player in the fight against ISIS and the relative weakness of Iraq’s central government, might soon close.

Unless the United States, the Iraqi government, or someone else is able to legitimately convince Kurdistan’s leaders that Kurdish independence will remain a serious question to be addressed after ISIS is defeated, Kurdish officials are unlikely to postpone or cancel the referendum. Their concern is reasonable, as rebuilding formerly IS-controlled areas is clearly going to be a task of profound difficulty. In addition, this period of international and regional cooperation against IS that might offer enough international support for any independence negotiations is unlikely to survive long after IS itself, as tensions over conflicts in Syria and Yemen in particular remain highly controversial. So despite international pressure, expect the referendum to take place today as scheduled. In the words of Hoshyar Zebari, former foreign minister of Iraq and a leader in the referendum effort, “the pressures are certainly escalating to try to pull this thing away from us. We are used to it.”