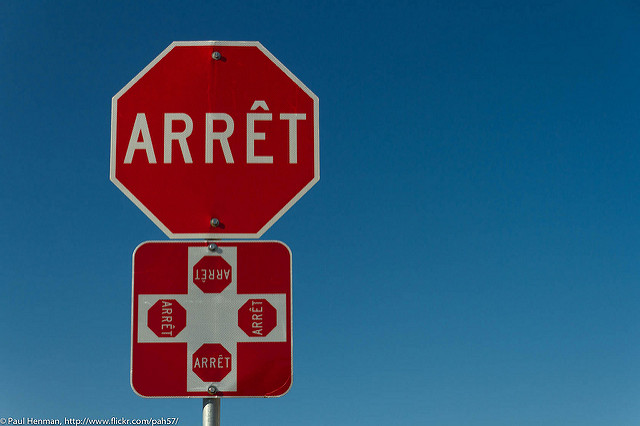 Paul Clarke is the executive director of Action Réfugiés Montreal, a small NGO that assists sponsorship programmes for refugees coming to Canada, provides services helping refugee women build social networks, and is the only organization in Quebec authorized to visit detention centres to provide legal information for those detained. Below are the edited excerpts of an interview conducted with him.

John Weston: Have you noticed a difference in the volume or nature of your work in the past few years?

Paul Clarke: The thing that has changed immensely is the number of people who are claiming refugee status in Canada has gone up. We see an increase in the number of people who are detained. But it must be clear, most people are not detained by the federal government. What has changed is the interest in the general population about refugee claimants, but also the government response, and our interest in consulting with the government and letting them know how we think they should handle this increase in numbers.

JW: Are a lot of these claimants coming through traditional means, or is a lot from irregular crossings at the border?

PC: That number has gone up substantially. Anecdotally last summer for instance, thousands of people came through in an irregular way. They continue to come in that fashion this year. The numbers are lower than the previous, but we’re still talking well over a thousand people a month. That’s a fairly new phenomenon in terms of the numbers. People were always doing this, it’s just higher numbers coming that way… What happened is obviously the government a year and a half ago wasn’t prepared for the numbers. There weren’t the number of staff to handle the files. People were waiting for 40, 48 hours to be able to meet someone.

JW: At what point does your organization encounter the refugee or asylum seeker in this process?

PC: The ones we work with are the ones who are detained. So generally, they are there in the very beginning of the process where they’re still looking for a lawyer. In addition to every other refugee claimant who needs a lawyer, these folks need a lawyer real quick because they’re having hearings to determine if they’re going to be detained or not. Our intervention is in two ways, we help in the process of securing counsel and we try to give them the information so they understand what’s happening, why they’re being detained, and what they can do try to do so that they’re released into the general population.

JW: What are some of the most common criteria for the decision to detain someone?

PC: Well there’s three reasons. One is flight risks that they think aren’t going to show up wherever they’re supposed to show up. Number two is the public security issue, so security risks. And number three is identity when the federal government isn’t sure who they are.

JW: How would you describe your relationship with the government? Do they facilitate the work that you do?

PC: When it comes to the detention program, this is a facility that’s run by Canada Border Services Agency, so that’s a federal agency. We have a good relationship with them and an agreement allowing us to go into the building. Obviously, there are some things that we would like them to do differently, but we have long-time relationships with them and we get invited to a number of consultation meetings. At the level of the federal government we meet at a regular basis, with members of parliament.

JW: Part of the work that you do are visits to detention centers. How would you describe the facilities?

PC: It is operated very much like a prison area. Everybody has to get up around 6:00. There’s dormitories of four or five people to a room, a cafeteria. Anytime that detained persons are moved in vans from the detention center to come downtown for hearings of some sort they’re put in handcuffs. If they have to go to a hospital or a clinic because they’re somehow sick, they’re also shackled at their feet. So, it’s very much a prison-like atmosphere. We need to recall that most of the people there have not committed any crime. They’re not doing time, perhaps they haven’t been properly identified or the governments not satisfied as to their identity. But the experience is very much like a prison.

JW: How long does the average person spends there while they’re detained?

PC: It’s very hard to get statistics from the government. What happens when someone is detained, by legislation they must have a hearing within 48 hours to see if they should be released and then 7 days after and then every 30 days after that. Some people are there for very short periods of time and some for long. We’ve seen 20 to 30 days, but we have to recall some people are there for months and sometimes years and some for less than 24 hours. I figure a lot are there about a month.

JW: You mentioned that a lot of the people sent to detention centers are those whose identities can’t be validated. Do these people spend more or less time on average there?

PC: Essentially there was an audit done of detention reviews that was released. People who are subject to removal from Canada are often the ones with very long detention situations. So those for identity, it tends to be shorter, but it’s quite variable.

JW: Would the refugee camp that was built near the border at Lacolle count as a detention center?

PC: This is where wording becomes important in the sense that if people cross the Canadian border at a non-regular spot, they are subject to arrest by the RCMP. My supposition is that the people who are in that installation, at Lacolle, are perhaps at the RCMP stage. Then if the RCMP is satisfied as to who they are, and they’re handed over to Canada Border Services, it’s kind of a liminal state of they’re not being detained at the border as far as we’re concerned because they’re free to go. They could turn around and go back to the United States. Nobody’s forcing them to stay in Canada. So it’s not a detention center persay, because then legislation says you must have a detention hearing within 48 hours of your detention. If people being held there were officially detained, then they would start to have having hearings.

JW: Is there anything you’d like our readers to know?

PC: One of the things that we think is quite important, is that for the Canada Border Services Agency, the people who are doing some of the interviews with refugee claimants, there is no independent oversight mechanism. In other words, many government departments have an ombuds office of some sort. Residents or people who come across the government so complaints can be made to an independent body. CBSA doesn’t have that. We think that’s been a problem for years ever since it was created. The federal government seems to recognize that there’s a need. They state that something needs to be done about it, but it never seems to get done.

JW: Could you give a specific example of when this oversight mechanism could come in handy?

PC: Well, for instance if someone who is detained wants to complain about the officer or the line of questioning they can only complain into CBSA and we’re already talking about vulnerable people who will maybe fear for their status in Canada, maybe fear how well they can express themselves in one of Canada’s official languages. So because it’s not independent and because they’re more vulnerable than the Canadian citizen generally speaking they would probably not want to complain or make some sort of a statement.

This article is part of a wider series looking at Canada’s refugee/asylum system.