Digital Relief: Social Media in the Aftermath of the 2010 Haiti Earthquake 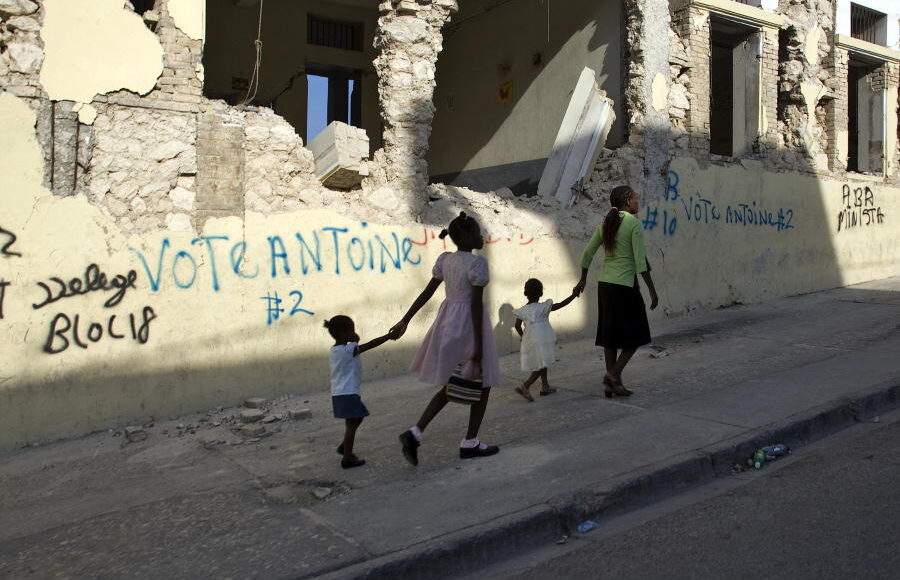 On January 12, 2010, a 7.0 magnitude earthquake hit Haiti with its epicentre in Léogâne, a town just 25 kilometres west of Port-au-Prince, Haiti’s capital. This catastrophe caused more than 316,000 deaths and 300,000 injuries, destroyed 35,000 buildings, and forced an estimated 1.5 million people into homelessness, making this event the deadliest and most destructive earthquake in the island’s recent history. Even government buildings housed in the capital city suffered extreme damages, forcing the president at the time, René Préval, to work out of local police stations in order to contact staff and fulfill presidential duties. International search and rescue teams worked for days to recover survivors from the wreckage, but the number of survivors recovered paled in comparison to the number of lives lost. Because of the prolific damage caused by the earthquake and the simultaneous advent of the digital age, this disaster caught the world’s attention and inspired a relief effort completely unique and unmatched by any event until this point.

The Response within Haiti

Despite the destruction of over 20 per cent of cellular towers, there was still more solid technological infrastructure than there was physical infrastructure, especially in the days following the disaster. Because of the physical impacts of the earthquake which limited the mobility of people in the affected areas, Haitians began to rely on social media communication to get in touch with family, emergency services, and even government officials to express their frustrations and needs. Craig Fugate, the administrator of the US Federal Emergency Management Agency, stated in his analysis of the disaster that “even when an area’s physical infrastructure was completely destroyed, the cellular tower bounced back quickly.” This allowed survivors to request help from emergency services and communicate relevant information about how the disaster impacted them individually.

Because of the unexpected nature of this event, international news organizations did not have employees readily available to collect primary information such as photographs and interviews of survivors on location. Rather, news stations began to rely on images uploaded by survivors to websites such as Twitter and Facebook. Mainstream media sites began to closely monitor the activity of Haitian social media users, often citing their tweets or pictures in news reports. This connection became essential in the dispersion of information.

Although social media proved to be an essential tool within Haiti following the earthquake, it had its largest impact beyond Haiti’s borders, especially on relief efforts for the disaster. The United States alone organized a multibillion-dollar relief program that was rooted in the use of new technology. This response was a combination of efforts from nonprofit organizations and media outlets, both of which relied heavily on a common denominator of social media to disperse information and raise funds.

Media companies utilized social media in an effort to get news out into the world in a quick and efficient manner. According to one study, news was the most common form of content posted on Facebook and Twitter in the weeks following the disaster, accounting for 77.6 and 87.6 per cent of posts, respectively. In contrast, nonprofits primarily used social media accounts to post content updating followers on the relief efforts in Haiti. Interestingly, media outlets distributing news on these platforms mainly used plain and negative emotions when posting content, while nonprofit organizations made efforts to use more positive vocabulary—highlighting the progress that was being made rather than the more jarring realities of the situation. This contrast was a conscious decision on behalf of the content creators to help achieve their goals, whether that be the dispersion of information or rallying donations.

Studies also found a positive correlation between media coverage of the event and the number of donations following the earthquake. Aside from formal news, the media was also used to promote online initiatives such as the “Bloggers Day of Action for Haiti”—a day for online bloggers to raise awareness about fundraising efforts. Additionally, the Red Cross created a system where people could donate money directly from their cell phones via text message. The organization’s donations increased dramatically following the implementation of this technology, alone raising more than $32 million USD. The immediacy and efficiency of communication via social media platforms, accompanied by an increase in donation methods, greatly expedited relief efforts in Haiti.

Had the 2010 Haiti earthquake happened even a year before it did, the mobilization of social media as a way to communicate, educate, and raise funds would not have happened in such an immediate and prolific manner. Although it might sound disheartening to refer to charitable humanitarian aid efforts as a “campaign”, viewing the fundraising efforts in such a manner helps us identify what processes are effective as responses to disasters continue to develop. Despite some minor disinformation issues, social media not only proved effective at spreading information but also proved to be a key part in building back Haiti during relief efforts.

Along with the exponential increase in the use of social media followed a greater sense of reality. An earthquake in Haiti was no longer represented by a number; there were pictures, videos, and messages directly from survivors at the fingertips of people thousands of miles away. Organizations were able to harness the impact of this media and provide them with equally easy ways to support via donation. However, this immediacy of reactivity is not kicked into gear for every natural disaster that occurs. There are disasters that happen every day in relation to climate change—melting ice caps, oil spills, and generally excessive pollution into the atmosphere—that are not met with the same level of urgency in the media or in fundraising efforts.

11 years after the Haiti earthquake, social media has further developed and integrated into our lives. Now more than ever, there is no longer the option to be ignorant of the impacts of disasters. Moving forward, it is the responsibility of reliable media organizations to report on these disasters in humane, accessible ways in an effort to foster humane, accessible responses.