The Diversion Program: An Intern in Judge Capeci’s Drug Court 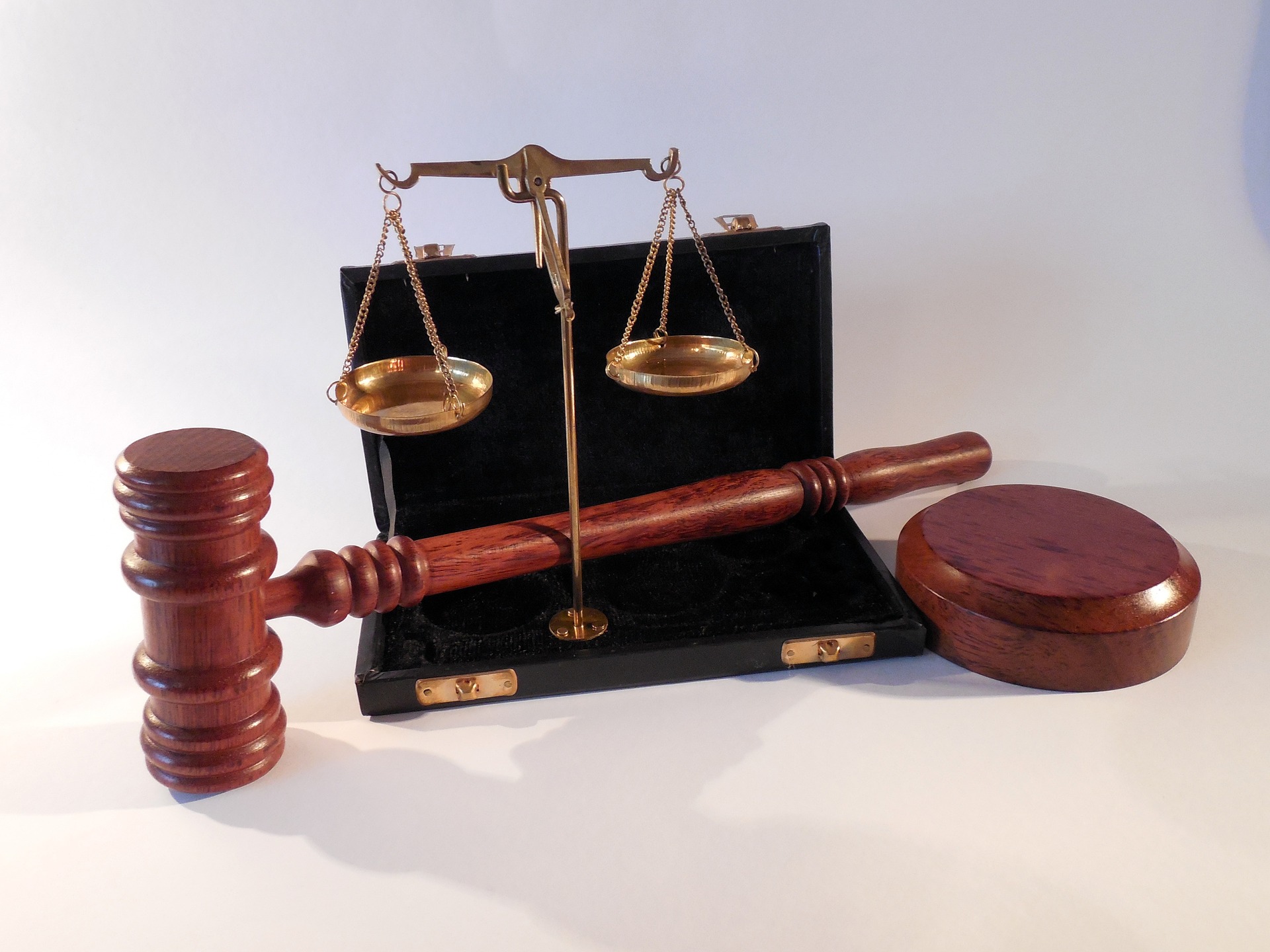 Facts stand as they do, but the underlying factors that form the realities they represent are far less clear and are difficult, if not impossible, to identify. The incarceration rate in the United States is astronomically high, with 716 prisoners per 100,000 people on average. Former Secretary of State Hillary Clinton put this into perspective noting that the United States only has 5% of the world’s population, yet has 25% of the world’s prison population. Looking at individual states only darkens the issue, with the rate of some far surpassing those of entire countries as well as the United States itself. Mexico has an incarceration rate of 216 per 100,000 people, Australia has 130, and Canada has 118. Amongst the states, Louisiana tops the list with an eye-watering incarceration rate of 1,341 per 100,000 people, followed by Mississippi with 1,155, and Oklahoma with 1,081. The United States clearly faces an epidemic, but it is not so simple to explain why this is the case.

The criminal justice system as a whole faces a great deal of criticism in light of this issue. There are various claims addressing the system as broken, or inherently flawed in a way that makes it the origin point of this troubling situation. However, recent exposure to the Westchester County court system in New York has painted a different picture, shattering many of these negative perceptions. Just as there are states with rates through the roof, is also important to note that there are states whose incarceration rates, albeit comparatively high globally, are far lower than that of the country as a whole. A state like New York only has 492 prisoners per 100,000 people, which stands in stark contrast to its fellow counterparts on the opposite end of the scale.  Exposure to the court system in New York has revealed why this may be the case, or at least the kind of changes that can be made to mitigate other factors that potentially contribute to the country-wide dilemma.

Specifically, my experience was with Drug Court, one of New York’s problem-solving courts, under The Honorable Susan Capeci. Courts of this style had their start in Miami during the ’80s crack cocaine epidemic. The mentality at the time was that the courts needed to punish defendants in order to break their addiction, believing that harsh sentencing would fix the problem. Treatment was the factor that was missing at the time, and without treatment, drug courts became a negative self-fulfilling prophecy of the very problems that landed individuals there in the first place. With a wave of new offenders coming into the system in the ’80s, court officials in Miami saw the need to get people out of the system as quickly as possible, while also preventing their return.

In 1989, the first drug court was launched under Judge Herbert Klein with the intent to treat people using a year-long program where defense and prosecution work together as a team to break the cycle of addiction, rather than break-down the individual for wrong-doing. Tim Murray, Executive Director of the Pre-Trial Justice Institute, said, “We came up with a program that didn’t attack the individual; it attacked their addiction. We came up with a program built upon the philosophy of Judge Herbert Klein that nobody is discarded, and we will do everything in our power to help repair them.” That was the mentality that did and does shape drug court proceedings in New York State as well. The state’s efforts to adopt and uphold the founding principles of drug courts in Miami very well may be a contributing factor to the reduced incarceration rate.

Judge Capeci came into this position with a rather indifferent attitude toward treatment and its success or appropriateness in the legal system. However, after spending many years constantly working within the drug court framework she now stands as a firm believer in it and its effectiveness in achieving significant progress. New York State specifically centers drug court proceedings around the Diversion Program, which can be described as, “A dramatic intervention by the court in cooperation with an entire team including the defense, prosecution, treatment, education, and law enforcement. In return for a promise of a reduced sentence, appropriate non-violent addicted offenders are given the option of entering voluntarily into court-supervised treatment.” The key factor here is that those defendants that are facing a reduced sentence for their misdemeanour or felony charges also have a drug addiction that played a role in those charges. The goal is to keep these individuals out of prison, while attempting to heal their addiction, so that they can return to being a functional and constructive member of society. Treatment may be seen by some as futile, and overly optimistic. However, all that I was exposed to during my time spent in drug court, contests this rebuttal.

Over the course of ten weeks, I was able to see the same group of people come in every Wednesday morning and afternoon. Even in that relatively short window of time, I was able to see significant growth and improvement as individuals underwent treatment. There was a marked difference between those who were just being admitted to Diversion, those who were in various stages of treatment, and those who finally reached graduation. The attitude of many improved tremendously as they were introduced to a supportive and community-based environment. The process in Drug Court helps create a sense of pride and accomplishment as different milestones are celebrated within court by all present. Compliance with the conditions of their admittance to the program is positively rewarded, but that is not to say that the court is overly lenient.

Judge Capeci is very tolerant and understanding when it comes to the recovery process, as she acknowledges that failure and relapse can sometimes be necessary steps. She utilized a rather helpful comparison to address failure in the program. She compared it to wearing a watch everyday; someone may wake up every morning and put their watch on, but once in a while, no matter how habitual the act may be, they forget to put the watch on.  Someone in treatment may do everything correctly: they call in, they report to court, and they do not use, yet for no identifiable reason they slip up. Rightfully so, her tolerance has its bounds and she cracks down when necessary. Lying, combative/insubordinate behaviour, and continuous failure are punished and can ultimately result in expulsion from the program. This happened only a few times during my ten weeks, and was outweighed by the number of graduations. When asked about the frequency and factors behind failure in the program, Judge Capeci did mention that there was an impressively low recidivism rate, indicating that my own observation of the ratio of success to failure was indeed accurate and not overinflated.

So the question remains: Why is the incarceration rate in the United States so high when courts like Judge Capeci’s function as they do? The answer is that not all courts are like hers, as they vary in attitude toward criminality as well as their viewpoints on treatment. Not all courts follow Miami’s example, and not all courts desire to do so. There is a difference between a lack of desire due to an attitude toward criminality, which may be laden with pre-existing biases and prejudices that prevent an otherwise effective Diversion-style program from being instituted, and not being able to utilize a Diversion-style program because it genuinely would not be the right fit for the type of issue a court is dealing with.

From these two different situations come two different solutions, neither simple. The first requires facing those biases and prejudices that may be held in regard to criminals and the crimes they commit. When defendants are deemed “bad” people it is very difficult to see the good in them, and even more difficult to attempt to make room for hope or forgiveness. Just because some are not deserving of such leniency, that does not mean all are not. The other requires a far deeper and more expansive look at the nature of the issue at hand. Even though a Diversion-style program may not be fitting, what New York State drug courts show is that previously used methods may not only be ineffective, but also worsening the very problem that necessitates the court’s existence to begin with. Whether it be facing oneself and one’s own limiting mentality or facing the issue from a different angle, one thing is certain, and that is that significant changes must occur. Although the incarceration rate may seem daunting, what New York State drug courts show is that change is possible, and improvements can be made, but only if there is a dedicated willingness toward that end. A mantra often repeated is “the first step to recovery is admitting you have a problem.” Perhaps the United States should take that advice.