Does New Brunswick Have Free Press? 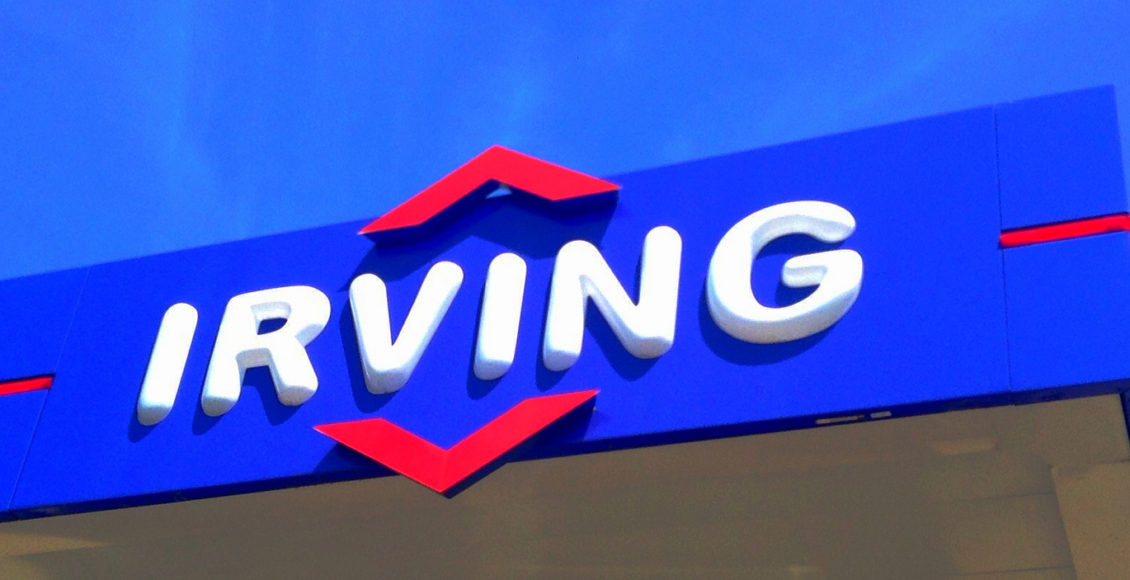 If you haven’t spent much time in the Atlantic provinces, then you probably haven’t heard all that much about the Irvings. They’re one of Canada’s wealthiest families and are cited as being one of the first Canadian corporations to start using tax havens in the ’70s. By some accounts, they own more land than the Sheikh of Qatar—they’re ranked 13th in terms of land-ownership globally, after 12 members of royalty. Regarding ownership of land in America alone, one source ranks them in 6th place.

Yet, if you’re from the Atlantic provinces, you may have grown up with a largely positive sense of who the Irvings are and how they’ve benefited the region economically, with little understanding of how they play an incredibly controversial role in the region’s politics, and New Brunswick’s especially. This is precisely the problem: outside the province, there aren’t many who are familiar with the family, but inside the province, those who are critical of the family’s business in some way have limited avenues to voice their concerns. The Irving’s have had a de facto monopoly on the province’s media for decades, and though there have been a number of investigative reports from both the federal government and independent journalists—which have all been clear that there is legitimate reason to take action against their media monopoly—not much has changed.

The first major federal investigation into media ownership across Canada was in 1969. The Senate initiated a special committee, called the Davey commission. Of the Irving media conglomerate, it said:

“There is a third kind of newspaper in Canada—the kind that prints news releases intact, that seldom extends its journalistic enterprise beyond coverage of the local trout festival, that hasn’t annoyed anyone important in years. Their city rooms are refuges for the frustrated and disillusioned, and their editorial pages are a daily testimony to the notion that Chamber-of -Commerce boosterism is an adequate substitute for community service. It is our sad impression that a great many, if not most Canadian newspapers fall into this classification. Interestingly enough, among them are some of the most profitable newspapers in the country. A number of these newspapers are owned by K. C. Irving. A much larger number are owned by Roy Thomson. And some of them, unhappily, are owned by respected residents of the communities they profess to serve… In general, you can say that the best of them are published in big cities, the worst in small ones.”

In 1971, the federal government charged K.C. Irving for running a de facto monopoly and contravening the Combines Investigation Act, although the ruling was ultimately appealed. Ten years later, in 1980, the Senate carried out a very similar investigation, known as the Kent commission, which suggested “the break-up of regional monopolies, such as that of the Irving family in New Brunswick, by prohibiting the ownership of two or more newspapers having 75% or more of the circulation, in one language, in a defined geographical area.” Twenty-five years later in 2006, a third federal investigation took place called the Bacon Report. It suggested that the Irving’s ownership amounted to an “industrial-media complex that dominates the province” yet it also noted that the Irvings had donated as much as a million dollars to fund a chair in journalism at a local university. Beyond media ownership and funding journalism professors, they also run Canada’s largest oil refinery out of Saint John, and much of the Maritimes’  forestry, industry, and shipbuilding industries. They employ so many New Brunswickers and fund so much of the province that it is virtually impossible to avoid any conflict of interest when talking about them. The current premier, Blaine Higgs, worked for the Irvings for 25 years.

It’s true that media ownership does not necessitate editorial oversight, but several examples suggest that Brunswick News’ coverage of the Irvings is compromised. After all, if you own a newspaper, you don’t necessarily need to pick up the phone and call the editor-in-chief in order to have influence over what gets covered and what doesn’t. For what it’s worth, it’s common for the extremely wealthy to buy newspapers. Sure, it’s a mark of status and it’s a way of diversification, but, of course, it’s also politically strategic. Jeff Bezos owns The Washington Post, and while he claims it’s simply because he wants to support quality journalism, at the end of the day he owns what “reaches the breakfast tables of members of Congress.” But, of course, there are plenty of newspapers covering American politics, and a scarce few that cover New Brunswick politics.

It’s not that Brunswick News’ newspapers are propaganda machines, or that they are bad papers with no quality journalism whatsoever—neither of these claims are true, which means that the criticism against them is more nuanced. Jacques Poitras in his 2014 book Irving vs. Irving: Canada’s Feuding Billionaires and the Stories They Won’t Tell argues that the Irving’s papers tend to cover problems that are so public that they would be hard to avoid—i.e. if there is a protest they’ll cover it, or a blatant, visible problem at the refinery, they’ll cover it—but they generally do not do the kind of investigative work which would draw attention to a new issue.

Several examples of the shortcomings of Brunswick News’ work are best catalogued in Poitras’ book, Irving vs. Irving, and in another recent work of investigative journalism, an 8-part series called “The House of Irving” done by Bruce Livesey in the National Observer. In it, Livesey highlights, for example, how Reuters has published several articles on the Irving refinery’s lackadaisical relationship with environmental standards. For example, there is vapour recovery equipment at “the refinery” which is meant to recover air pollutants but has been largely dysfunctional for years at a time. This is in addition to a series of other environmental emergencies, such as petroleum spills, that “drew warnings for delayed reporting.” Meanwhile, residents of Saint John, where the refinery is, have a significantly higher rate of lung cancer compared to residents in other New Brunswick cities. Livesey also highlights instances in which the media conglomerate has driven other small newspapers out of business by merging smaller papers together, consequently decreasing the number of jobs for reporters in particular regions. Like any good monopoly, they were able to offer lower prices for ads until their competitors couldn’t keep up.

There is also a history of New Brunswick politicians cozying up to the Irvings, and of journalists from Irving papers getting caught schmoozing with politicians, too. In 2016, MP Dominic LeBlanc was asked by the federal ethics commissioner to “avoid participating in any decisions involving the powerful Irving family.” In 2015, there was another scandal, which was instigated by Canadaland, wherein two senior editors from the Moncton paper were fired after being caught spending time at Larry’s Gulch with government officials. It’s not that the Irving’s papers miss all of this and avoid mentioning these scandals, but it is the case that it often takes an outside-publication to break a story before Brunswick News picks it up. After all, as a company with political links, it’s hard to call out your senior editor for rubbing up with government officials and then trying to hide it.

There is another side to this story, which offers a sign of hope for the current state of media in New Brunswick. In 2008, several social justice activists and professors were at a social forum where they agreed that one problem central to the province was media coverage. So, they started the NB Media Co-op. In addition to not being owned by the Irvings, they cover stories and perspectives that frequently go unnoticed by other media outlets. For example, they give voice to the notion that Anglophones believe in the province’s bilingual policies too, while other articles tend to paint bilingualism as distinctly a Francophone issue. They also offer better coverage of labour unions and indigenous issues, and issues such as the fact that New Brunswick’s coal comes from Colombia and is associated with murders of union leaders and displacement. These are the perspectives that industry-owned paper simply do not cover. In addition to their online content, the Co-op prints a one-pager, “The Brief,” which is distributed across the province. While all of Brunswick News is behind a paywall, “The Brief” is highly accessible, lending one to the conclusion that the Co-op’s coverage and distribution are more democratic.

Part of the reason why criticism of the Irvings and their media ownership is difficult within the province is that in addition to a professional and economic conflict of interest, many believe that the family has done more good than harm. As the refrain goes, “they bring so many jobs to the province.” For some, if you speak out against the Irvings you come off as unappreciative or radical. To bring up the structural dominance of the various companies that the family owns, and media in particular, is to be ungrateful. This is why the role that the founders of the NB Media Coop, Bruce Livesey and Jacques Poitras, to name a few, play is so laudable. The Irving-media story, in a way, is a story about a series of journalists who have done their best to shed light on what seems to be a problem of democracy and free press in a small, often overlooked, corner of Canada. If healthy criticism is normalized, maybe some sort of structural change can follow.

For those interested in learning more, a lot has already been documented in Poitras’ book, Livesey’s 8-part series, as well as Toby Couture’s 2013 graduate work out of LSE called “Without Favour: The Concentration of Ownership in New Brunswick’s Print Media Industry,” in which he argues that there is “an increasingly strong case for Canada’s Competition Bureau to take action.” There have also been a couple of Canadaland podcasts discussing media in Eastern Canada and the Irvings specifically.