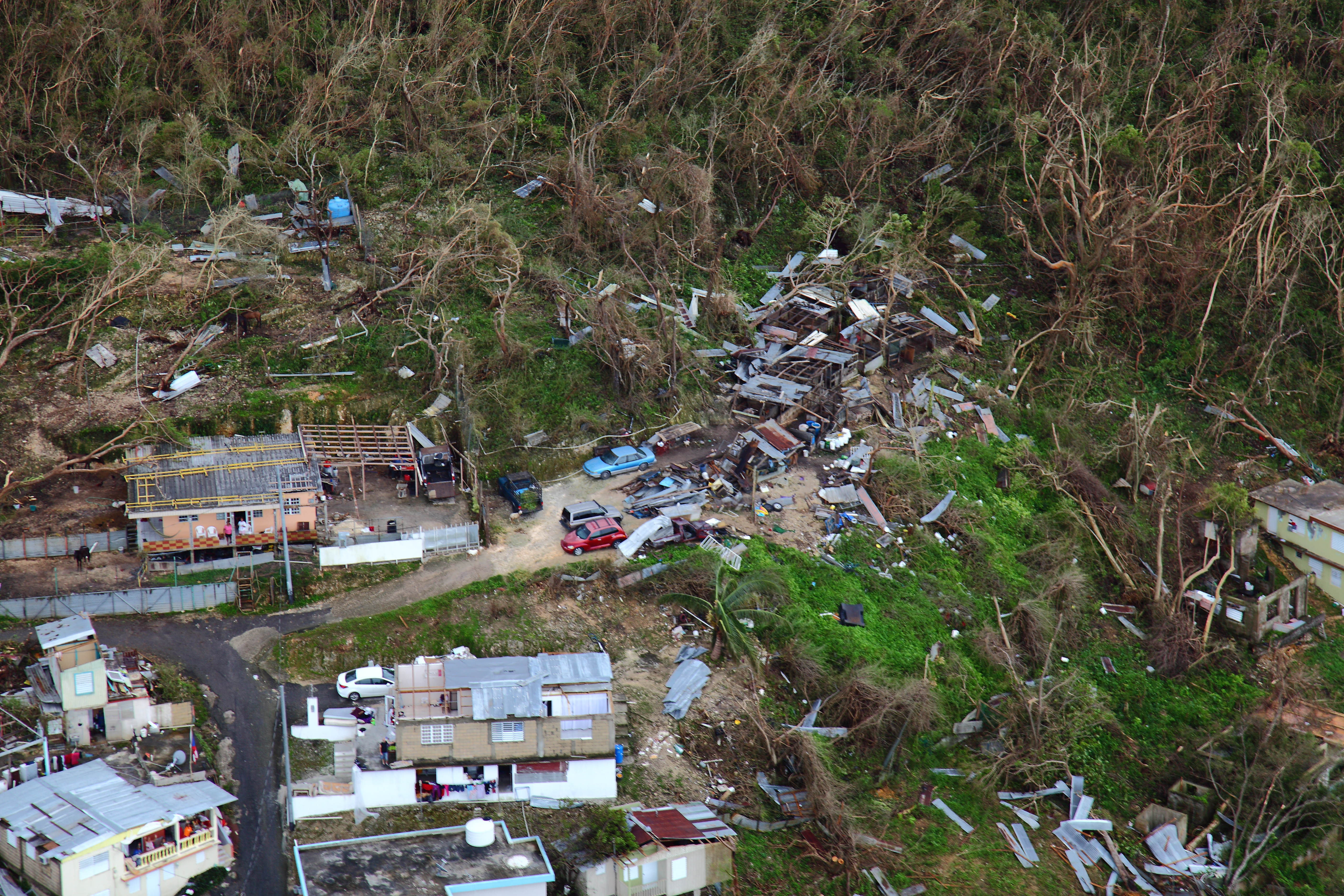 In the few days following Hurricane Maria’s catastrophic landfall in Puerto Rico, US news media were dominated by Trump’s comment, made that same weekend, that NFL players who take a knee should be fired. The destruction and devastation that strangled Puerto Rico on the 20th of September were, to a large degree, erased from global consciousness. By the time the situation made it back into the limelight, a slow and inept response to the catastrophe had already done its damage. In the face of such disaster, President Trump tweeted to Puerto Ricans to beware the “fake” coverage that was spreading alleged misinformation about the failures of the relief effort; in reality, two weeks after landfall, over half of Puerto Ricans still had no water to drink and no electricity. The death toll was known to be twice as high as what the White House had reported. The disparity between the failure in Puerto Rico and the success Trump reported via Twitter is not simply another example of the ineptitude or even arrogance for which the president is often criticized. The president of the United States’ spread of misinformation about the situation on the ground twists reality to a dystopian degree.

What happened? Puerto Rico had already been reeling from the impact of another hurricane, Irma, which left four dead and ⅓ of the island without potable water. Maria was the strongest hitting hurricane since the 1930s and was only 2 km/h shy of a Category 5 hurricane at landfall. In just one day, Maria flooded Puerto Rico with more water than Hurricane Harvey gave Texas in three.

And so the situation stands that nearly 2 million people are homeless, without electricity, and without water in Puerto Rico as of 2 weeks after landfall. Trump’s media response in the aftermath of this catastrophe has not just been insensitive, offensive, or off-the-mark. His statements and tweets have been shameful lies that erase the suffering of Puerto Ricans.

“We have done a great job with the almost impossible situation in Puerto Rico. Outside of the Fake News or politically motivated ingrates, people are now starting to recognize the amazing work that has been done by FEMA and our great Military,” wrote Trump on Twitter in response to an emotional speech from the Mayor of San Juan, Carmen Cruz. This assessment is categorically false. “We are dying,” Cruz condemned, “You are killing us with the inefficiency.” Instead of addressing concerns, Trump simply retorted, “We have done a great job,” turning the attention, once again, back to himself. Trump further issued statements celebrating an incorrectly low death toll. The death toll at the time, reported at 16, was suspected by the Center for Investigative Journalism — and has since been proven — to be dozens higher. The continued usage of this low figure for several days was not simply due to a lack of data, but rather a deliberate attempt by Trump to downplay the damage Maria did to Puerto Rico. “You can be very proud,” praised Trump regarding the incorrect death toll. “16 versus thousands of people” that died in “a real catastrophe, like Katrina.”

The real death toll has been since revised to 48. The discrepancy is due in part to the fact that hospital patients who died due to a shortage of either electricity for dialysis, medical oxygen, were not originally counted. Two weeks after the hurricane, only 15 percent of hospitals in Puerto Rico were functioning at a pre-hurricane level. The relief effort continues.

In his usual style, Trump also tweeted about Cruz’s “poor leadership” following her original pleas for comprehensive disaster relief. It is not surprising that Trump took Cruz’s words as a personal attack which demanded retaliation via Twitter. To start, Cruz’s original statement was a plea for more than just aid. It was a plea for cohesion and coordination from the relief effort, illustrating a fundamental lack of administrative capability that extends all the way up the chain of command. “I cannot fathom the thought that the greatest nation in the world cannot figure out the logistics for a small island,” said Cruz.

Perhaps Trump was trying to cover up for an obviously failed relief “effort”. It is apparent from the statistics that the situation was disastrous to start with, but its severity was only compounded by an inadequate response from the federal government. Three key issues—explored in depth by the Atlantic’s scathing timeline of the hurricane—concretely illustrate the shortcoming of the US government’s response. First, an incredibly limited amount of trained personnel were deployed to the island. While Haiti saw 22,000 US troops in the first two weeks after its devastating 2010 earthquake, Puerto Rico received approximately a third as many in that same timeframe. Next, it took a tweet from Hillary Clinton as the first public voice demanding that a hospital ship be sent to the island as part of naval aid; the USNS Comfort arrived nearly 3 weeks after the Maria hit. Finally, after Hurricane Harvey and Hurricane Irma, Trump suspended the Jones Act, a US law from 1920 that controls the access of foreign ships to US ports. When asked why he had not yet done the same for Puerto Rico, Trump cited commercial shipping interests. These embarrassing statistics may be one reason as to why Trump’s statements on Puerto Rico were so obviously self-aggrandizing. After all, it’s not as if he isn’t known for shameless overcompensation.  They are especially telling, considering the ability of the National Weather Service to predict the severity and impact of Maria nearly a week before she hit.

Rebuilding has started, but a lack of resources continues to be a major challenge. Without a functioning electrical grid, the work is slow and inefficient; some Puerto Ricans have not had power or water since Hurricane Irma hit nearly 2 months ago. Why exactly both immediate disaster relief and ongoing rebuilding have been such a low priority to the Trump administration is not explicitly clear. What is clear, however, is the disparity between the reality of the situation on the ground and how it was reported by the US President. Trump’s choice to deliberately mislead the public on social media in regards to Puerto Rico is a refractory effort to avoid criticism, made with no regard to the shameful actuality of the situation. Self-evident and a threat to the livelihoods of his own citizens,  these dystopian misrepresentations of reality must be acknowledged.