Drug Decriminalization in America: A Solution to Mass Incarceration and the Opioid Epidemic 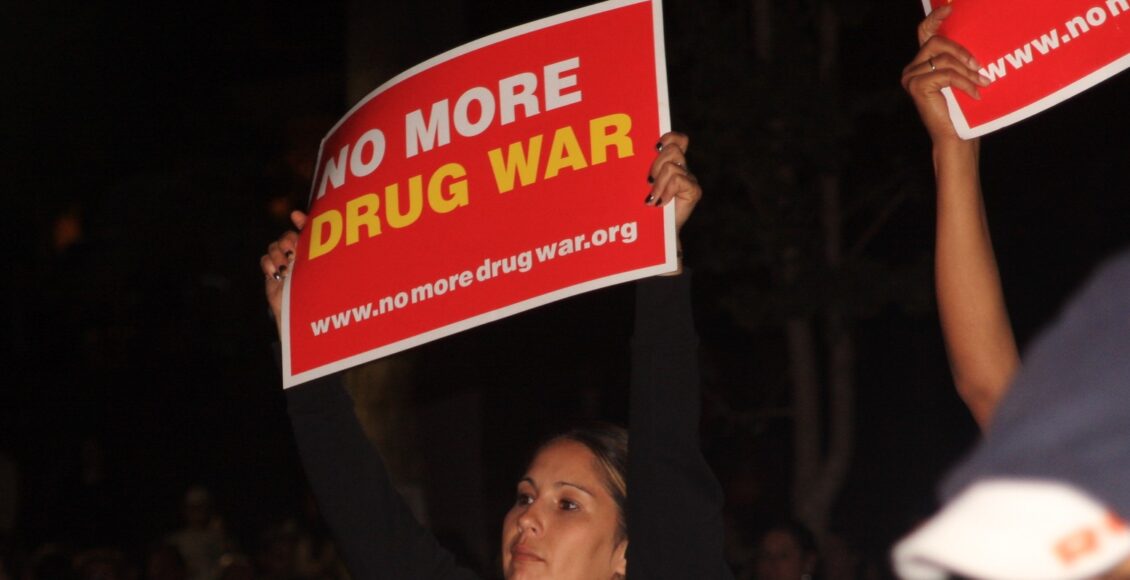 While the COVID-19 pandemic keeps dominating headlines around the world, the United States continues to face a variety of other critical issues – such as racism and opioid abuse – that plague a notable portion of the population. While these issues may feel insurmountable, a single solution could address the root causes of many such problems while saving the American taxpayer a great deal of money.

One of the few topics that penetrated the pandemic news cycle was the oppression of BIPOC Americans by law enforcement. Heavy media coverage after the killing of George Floyd brought significant calls to dismantle the institutions thought to enable America’s systemic racism. Despite this, many fail to understand how the mechanisms of racism interact with other critical issues like the opioid crisis, a topic that remains overlooked by the public eye even though someone in the United States dies from an opioid overdose every 16 minutes.

There is a key link between these two issues: the criminalization of drugs. For the last 40 years, criminalization has been the engine for America’s world-leading incarceration rates. Black Americans are badly overrepresented in the prison population due partly to their experiencing disproportionate rates of non-violent drug arrests and mandatory sentencing. Similarly, the criminalization of drugs has directed millions of federal dollars towards punishing drug addicts, a vulnerable group which, in reality, needs this funding to go towards mental and healthcare services.

Although combating these problems has proved difficult, Oregon may have found an excellent first step. In 2020, Oregon quietly decriminalized possession of hard drugs. If implemented nationally, decriminalization could drastically reduce incarceration rates and minimize the number of deaths caused by the opioid crisis. Furthermore, decriminalization could free up government funds which could be reallocated to social programs for these vulnerable communities. While some may advocate for a state-by-state solution for drug issues, this may be inadequate. The drug issue is systemic and needs to be rooted out across American society.

Many of America’s most at-risk communities have been left behind by state and federal governments that neglect to fund education and steady jobs in impoverished neighbourhoods. The lack of room for upward mobility creates a systemic funnel that forces many young, bright Black men into a life of selling, buying, and possessing illegal drugs. This tragic, continuous cycle often leads to incarceration, which sets up a lifetime of barriers that limit access to housing, employment, and voting.

The disastrous situation in America’s low-income communities, many of which are composed of majority-BIPOC populations, is well-known. In mass media, television shows like HBO’s The Wire have accurately depicted the vicious cycle of poverty, drugs, and incarceration in racialized communities. Depictions like this have been critical in shaping viewers’ understanding of how the United States completely fails so many citizens.

Despite The Wire exposing the grim circumstances of America’s poorest communities to the general public over a decade ago, the situation remains dire. In 2013, the UN Office on Drugs and Crime reported that more than 80% percent of the 1.5 million drug-related arrests made that year in the United States was solely for drug possession. These arrests further increase the inflated prison population, which is built through the confinement of Black Americans, who represent 40% of all drug-related criminals despite only constituting 13% of the US population. Systemic racism fuels this disproportionality, as prosecutors are twice as likely to pursue a mandatory minimum sentence for Black offenders compared to white offenders.

While drug criminalization has accelerated the mass incarceration of Black Americans, it has simultaneously worsened the opioid epidemic by unintentionally encouraging Americans to use legal and barely-regulated – but potent – opioids instead of illegal drugs. Americans are now consuming 80 percent of the world’s opioids; in 2016 alone, 11.8 million Americans abused opioids, with over 42,000 users dying from overdoses.

Those the problems of over-incarceration of BIPOC Americans and the opioid crisis appear almost unsolvable. We can draw confidence in the effectiveness of decriminalization from the successes of a small European country that effectively used revolutionary legislation to eliminate its drug issues two decades ago.

Starting in the 1980s, Portugal experienced a catastrophic 20-year drug crisis. In 2001, Portugal took a radical step and became the first nation to decriminalize drug consumption fully. Although the policy was designed to remedy the drug-induced health crisis, an abundance of unintended benefits positively impacted the issues of criminalization, incarceration, and policing.

First, Portugal’s decriminalization of low-level drug possession severely reduced rates of arrests. In 2000, a year before the policy was implemented, Portugal’s drug possession arrests topped 14,000. A few years later, the annual average was consistently between 5,500-6,000. In addition, the percentage of drug-related offenders in the Portuguese prison system dramatically decreased. In 1999, 44% of Portuguese prisoners had been arrested on drug-related charges, well above the European average. In 2012, that number had dropped to below 21%, significantly below the European average.

Detractors of drug decimalization commonly fear that it would cause drug-related crime to spike. However, the experience in Portugal has shown otherwise. In fact, American politicians who are “tough on crime” would be pleased to know that police in Portugal have been able to use their resources more effectively than before decriminalization, focusing on arresting criminals committing other offences.

The policy also proved highly effective at reducing overdoses. In the first five years after decriminalization, overdose deaths dropped dramatically. To the present day, overdose numbers have remained low and have never risen to pre-legislation rates. Currently, drug-related deaths in Portugal are among the lowest in the entire European Union, with six deaths per million people aged 15-64. These numbers stand in stark contrast to current American drug statistics: Nebraska, the state with the lowest drug-related death rate in the U.S, still sits at 87 deaths per million.

Since 1971, the federal government’s ‘War on Drugs’ has cost the United States a staggering trillion dollars. While this is a shocking cost, the federal government is only part of the issue. In the same year, state governments spent an additional $7 billion on drug-related incarcerations. To be clear, this high spending doesn’t lead to an improved drug policy. Georgia, for example, spent $78.6 million solely on incarcerating people of colour for drug offences. Unsurprisingly, this steep enforcement cost dwarfs the state’s budget for substance abuse treatment. In contrast, simply legalizing marijuana federally would save an estimated $7.7 billion per year in enforcement costs.

Ultimately, the federal decriminalization of drugs would divert billions of taxpayer dollars away from punishing Black Americans and drug users and towards the betterment of social services that will aid in mental and physical rehabilitation. Although Oregon’s state-wide decriminalization of hard drugs is a positive start to a long process, it is time for the entirety of America to implement this proven solution and take an important step forward.