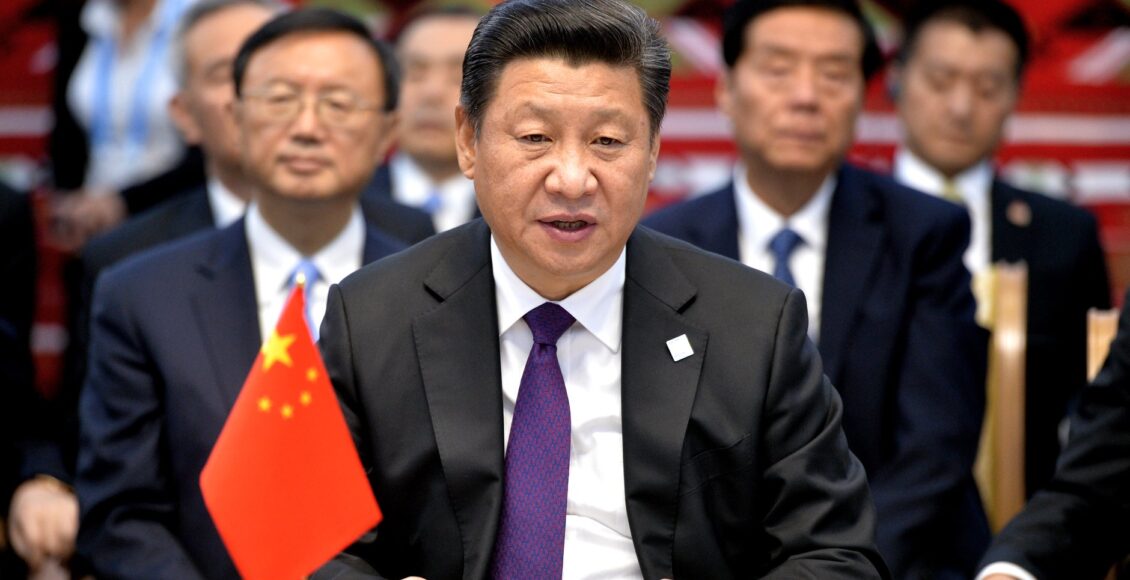 For nearly 70 years, the Communist Party of China (CCP) has given insight into its goals, ambitions, and policies for the coming years through its five-year plan. The five-year plan has been a central tenet of Chinese politics since 1953, and the CCP’s ruling elite has just released its 14th edition, which outlines policy goals for the 2021-2025 period. The plan covers a range of ambitious goals, such as developing sustainable energy sources and achieving carbon neutrality by 2060. However, it also lays the foundation for a dramatic shift in Chinese foreign policy and international trade relations. The CCP outlined a plan for “dual circulation” in which China will promote “internal circulation” of trade rather than rely so heavily on open international markets. Although this appears to be a protectionist move, further antagonizing trade relations between China and the United States, dual circulation has much more nuanced implications for the Chinese population and for China’s regional trading partners. Most notably, dual circulation and other recent trade deals represent the beginnings of a new, China-led, economic order.

As originally proposed, China’s dual circulation model would attempt to develop internal domestic trade separately from international trade. Accordingly, China would strive to boost self-reliance in the domestic production and consumption of goods. In a relatively ambiguous statement, the CCP stated the need to “smooth the domestic circulation, facilitate dual circulation at home and abroad, comprehensively promote consumption and expand room for investment.” This concept represents a significant shift in China’s trade and foreign policies. In the 1980s, Deng Xiaoping led China into an era of “great international circulation.” This era opened up China’s economy for international trade and investment, and resulted in significant development over the following three decades.

China’s most recent five-year plan has laid out ambitious goals that provide great indications of China’s top priorities, but it is relatively difficult to predict whether their proposed policies will come to fruition in the next five years. The closest comparable policy to the proposed dual circulation system is outlined in China’s previous five-year plan, announced in 2015, where Premier Li Keqiang put forward the “Made in China 2025” mantra. In addition to promoting dual circulation, the 14th five-year plan intends for China to become the leader in ten strategic industries by 2025, ranging from aerospace technology to advanced robotics to revolutionary medical equipment. The Chinese government’s top-down funding of these industries has consequently led to significant progress. However, some of the more ambitious targets, such as developing the world’s foremost microchip industry, seem unattainable at the moment.

Dual circulation also has important, and varied, economic impacts on China’s international relations, regional interests, and domestic population. The 2008 recession and the recent economic fallout from the COVID-19 pandemic have shown the vulnerabilities of a highly-integrated global economy. Moreover, recent trade conflicts with the United States have provoked a sense of urgency in a shift to increased self-reliance for China. While in office, President Trump imposed tariffs on $360 billion USD worth of Chinese goods. In response, China retaliated with tariffs of $110 billion USD on American products. In January 2020, both countries eventually agreed to a gradual, multi-staged easing of the trade conflict. Recent Sino-American tensions have also extended into battles over technology. Most notably, the Trump administration has taken action against Chinese tech giants such as TikTok, WeChat, and Huawei. In light of these tensions, dual circulation may appear to be a protectionist policy meant to antagonize the United States. However, to paint dual circulation as a solely protectionist move by China would be a gross oversimplification. Instead, it appears to be a move away from an American-led economic order in order to emphasize domestic and regional interests.

The Impact of Dual Circulation in the Asia-Pacific Region

Amid global economic uncertainty, and following years of economic growth, China is focused on solidifying its position as a high-income country. When the new five-year plan was announced, President Xi stated that “it is entirely possible to reach the high-income country status by current standards by the end of the 14th five-year plan, and to double the total economic output or per capita income by 2035.” As such, dual circulation provides a significant opportunity for economic growth for the domestic Chinese population. Still, according to the World Economic Forum, China will first need to increase household income and consumption to assure the viability of internal circulation. This transition is already under way with rapid urbanization that is continuing to expand the middle class and increase demand for high-quality domestic goods and services. Dual circulation intends to address this domestic demand via domestic production rather than rampant imports. In turn, this “internal circulation” of trade will help further develop domestic production and boost the Chinese middle class.

Perhaps the most important implication of dual circulation and the five-year plan as a whole is the attempt to establish a new China-led economic order. Stronger domestic production, paired with a more powerful consumer base, will enable China to begin decoupling from the American economy and establish itself as the main economic leader in the Asia-Pacific region. It is no coincidence that China signed onto a record-breaking regional trade deal just weeks after it announced its intention to pursue dual circulation. The Regional Comprehensive Economic Partnership (RCEP) involves 15 countries, including China, Australia, Japan, and South Korea, and covers over 30 per cent of the world’s population. This agreement is significant for China in both its scope and implications. In the past, China has only negotiated bilateral trade deals and the RCEP is the first regional multilateral pact that the country has joined. At a time when China is seeking to assert its economic leadership, this achievement is extremely valuable. In the announcement of the deal, Premier Li Keqiang said that “under the current global circumstances, the fact the RCEP has been signed after eight years of negotiations brings a ray of light and hope amid the clouds,” and that the deal is “a victory of multilateralism and free trade.”

Although the RCEP does not completely eliminate tariffs, it represents significant progress in Asian regional trade and will significantly benefit the countries involved. While dual circulation implies self-reliance in domestic trade, the RCEP is evidence that China continues to strive for cooperation in international trade. A rivalling, and perhaps more accurate, explanation of the dual circulation policy emphasizes China’s willingness to establish a new economic order, departing from a US-led system. In order to do so, the country must first increase its economic self-reliance, before subsequently exerting leadership in the Asia-Pacific region. Dual circulation targets the need for self-reliance, and recent and future trade deals, such as the RCEP, will fulfill the need for Chinese regional economic leadership. Evidently, a careful analysis of China’s policy goals paints the picture of an emerging global superpower.

Featured Image: “Xi Jinping, BRICS Summit 2015” by The Kremlin is licensed under CC BY 4.0

Adam Steiner is a U2 student pursuing a degree in Political Science and Statistics. Originally from Toronto, Adam's primary areas of interest are European and North American politics, with emphases on separatist movements and election campaigns.