Dune: In the Crosshairs of Representation and Science-Fiction

Did the sci-fi hit fall into the pit of cultural appropriation? 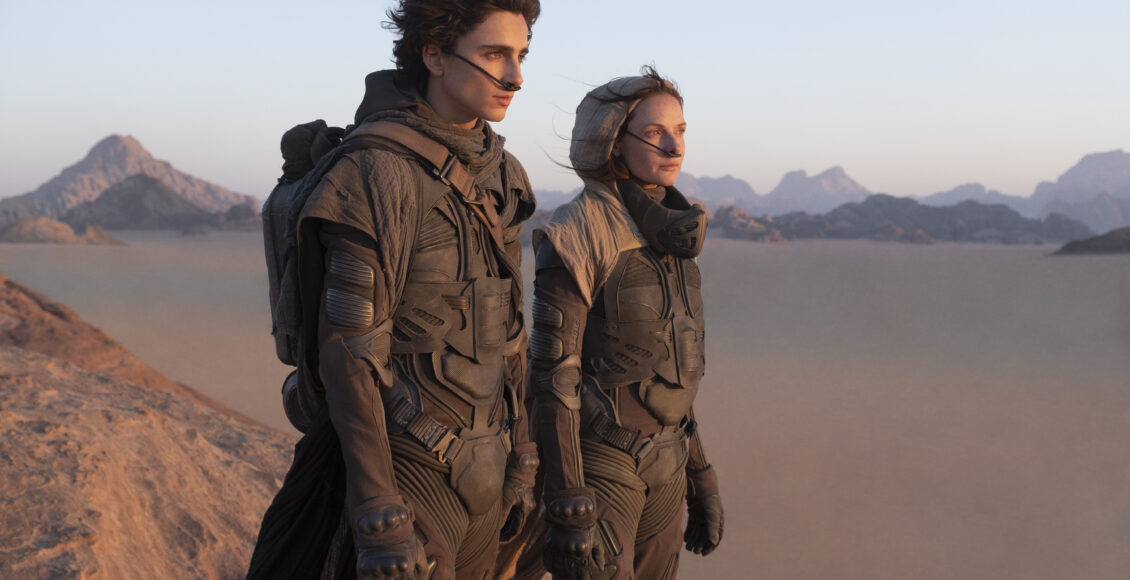 Denis Villeneuve’s Dune hit theatres in October 2021 and sent shockwaves around the world, succeeding where four other directors had failed to adapt Frank Herbert’s notoriously dense and complex 1965 novel of the same name. Riding out of the shadow of David Lynch’s infamous 1984 adaptation and arriving after a long year-and-a-half of pandemic closures, restrictions, and production delays, Dune was a much-needed jumpstart to a broken and straggling film industry. Led by some of the hottest actors today, the film reached audiences who ordinarily would not have cared about the sprawling epic encapsulated by Herbert’s novels. But star power was not the only thing that made Dune a victory for the sci-fi genre.

Not all sci-fi is created equally

Mary Shelley’s Frankenstein marked the birth of science-fiction and is notable for its relative simplicity. Taking place in an otherwise ordinary Victorian-era Europe, the novel’s only creation is Dr. Frankenstein’s ability to reanimate a corpse. Its use of fantastical elements to comment on the horrors and problems of contemporary society and, more broadly, its effort to reflect and dissect humanity is now what defines sci-fi as a genre.

Dune (1965) was one of the first sci-fi novels to weave together an immensely complex world in a way that had been previously attributed to sprawling fantasy epics and myths, from The Lord of the Rings to the Greek mythos. But novels and movies are two entirely different forms of media; adapting Dune is not as easy as having someone recite the dialogue from the page. In fact, this was precisely the main critique of the two (otherwise successful) miniseries adaptations, Frank Herbert’s Dune (2000) and Frank Herbert’s Children of Dune (2003): too much talk, not enough action.

In film, there are a few tried and true sci-fi subgenres that are easily executed. There’s the crew-and-spaceship story of films, like Sunshine (2007) and Alien (1979), and the near-future Earth tales of Children of Men (2006) or District 9 (2009). These rely on a simplified story or setting to limit the amount of worldbuilding necessary to get to the narrative’s core themes. The abundance of these films, in turn, points to how difficult it is to capture a sprawling imaginary world in a two-hour narrative. Instead, most creators turn to television, à la Game of Thrones (2011-2019) or Battlestar Galactica (2004-2009), giving writers more space to build the world. Villeneuve’s Dune, however, contains the narrative in two two-and-a-half-hour films while maintaining a healthy balance of action and dialogue without ever feeling like an edited-together miniseries.

Epic sci-fi and fantasy films work best when artists, writers, and filmmakers are given the time, money, and space to do what they do best. When producers hinder their craft in the name of audience intelligibility or financial constraints, we are left with shells of what directors had envisioned for their films, as exemplified by the horrific narration in the theatrical cut of Blade Runner (1982). For this reason, Peter Jackson’s Lord of the Rings (2001-2003) trilogy is one of the best examples of perfectly executed epic fantasy. When watching the films, the sheer amount of passion, intellect, and creative acumen of the entire team radiates off the screen. In that sense, it is Villeneuve’s Dune’s closest counterpart. The documentaries on the making of the Lord of the Ring series illustrate why it was such a financial and critical success: Jackson and the entire production team spent three years designing the world and writing the scripts, and then an additional two years of simultaneous filming and editing, and were wholeheartedly committed to Tolkien’s vision.

Dune (2021) is a wonderful film with a fantastic Hans Zimmer score, careful and purposeful production design, and stunning performances. It avoids the bulk of the narrative pitfalls which populate the ever-expanding Marvel Cinematic Universe: the “hogtied” three-act structure, one-dimensional protagonists, and no-nuance Good vs. Evil battles, to name a few. It also avoids what could only be called the “Joss Whedon-ification” of movies, in which one-liners and unfunny jokes puncture the dramatic tension of action setpieces or emotional beats. A critical and commercial success in the age of a feeble film industry bloated with recycled narratives and characters, Dune satisfied the dreams of a fanbase who had suffered through decades of failed adaptations and galvanized an audience that was searching for something new.

Dune, while a masterpiece in its own right as an adaptation and sci-fi film, is not without its faults. Many take issue with the film’s representation of Middle Eastern and North African cultures and its obvious subscription to the white saviour trope. This manifests in the film in the lack of Middle Easterners or North Africans in the cast, the overt simplification of the Fremen religious and spiritual practices, and the relegation of those characters to a mass of easily manipulated, indiscriminate people of colour. Timothée Chalamet’s Lawrence of Arabia-esque Paul, the prophesied saviour of these people, is then heralded as the leader of a group of radical religious zealots who believe he will protect the planet and its “spice” by overthrowing the current imperial regime. This racist, orientalist representation reinforces Western cultural and political perceptions of the Middle East and underscores our moral imperative to critically engage with media, rather than blindly accept the white saviour narrative just because Timothée Chalamet is the man of the hour.

The traditional, Western-Hollywood solution to this problem is to change the sorts of narratives represented in film and change who is cast in such roles. The fundamental issue with this endeavour, however, is that it will not work.

Without ignoring the positive, important advances in representation in the film industry, it will be exceedingly difficult for Hollywood as an institution to ever fundamentally change. Similarly, the governmental institutions which sometimes claim to represent the growing progressive sociopolitical ideology of the Western world continuously fail to move toward a more open and liberal society. The antidote to this stagnation is not to force these institutions into submission and change, but to look away from the West and into the lives of artists who are actually from the places we say we want to represent. Frank Herbert, a white American, wrote for a mid-1960s white North American audience. Denis Villeneuve, as a white Canadian filmmaker, is doing the same thing. To me, this does not distract from the artistic merits upon which both the novel and the 2021 film stand but points to how Dune should be embraced as the purest form of Hollywood filmmaking: entertainment.

Casting an actor of colour to play the role of Paul Atreides would not have fundamentally changed the underlying effects, themes, and mishaps of the white saviour narrative. No more North Africans or Middle Easterners would have been adequately “represented,” as Herbert’s story — and by extension, Lynch, Jorodowsky, and Villeneuve’s works — are all working with abstractions of what America believes the Middle East to be. None of the original Dune is representative of the lived experiences of the people with which Herbert was so enamoured, and any attempt to “solve” the orientalist problems embedded in Dune by recasting the leads is simply going through the motions of Hollywood representation. The solution to Dune, if you are searching for one, is within the films of Abbas Kiarostami, Elia Suleiman, and so many others who engage with their own non-Western cultures in a critical way. Situating both the novel and the adaptation in this view, we can look beyond allegations of cultural appropriation and failed representation and critically consider what Herbert had to say on the pitfalls of heroism, religious fanaticism, and human morality, even in his flawed and narrow experience of the world.

Featured Image: Timothée Chalament and Rebecca Ferguson in a still from Dune. Photo by Budiey on Flickr, Licensed under CC BY-NC 2.0.

India Blaisdell is a U4 Cognitive Science and World Cinema student currently working in the film industry. She is interested in all forms of culture and art, and will geek out about language, humanity, and narrative storytelling.