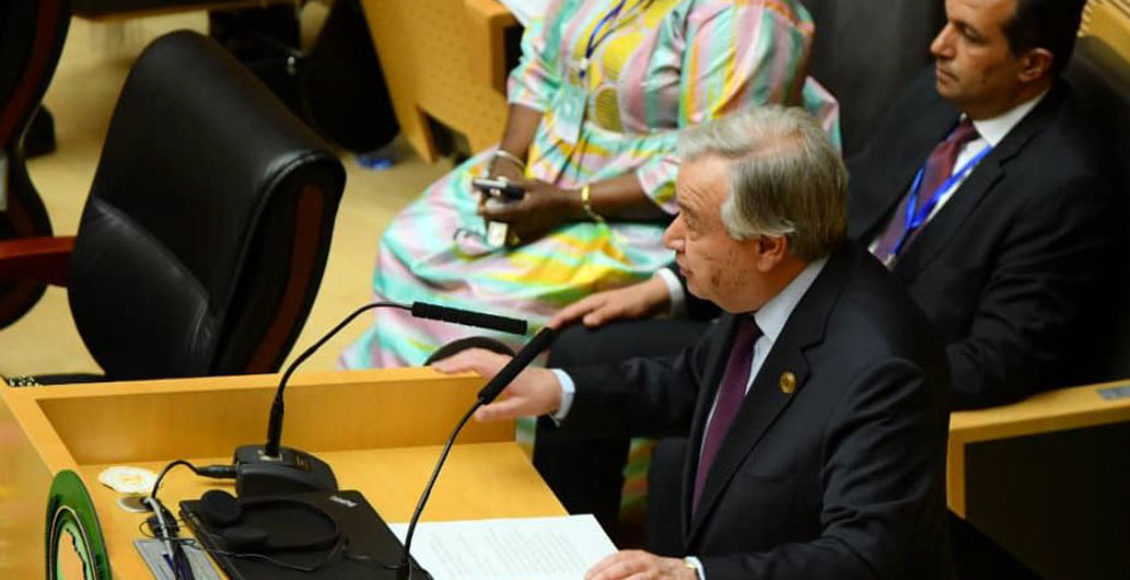 From drought to flooding to desertification, East Africa has faced decades of environmental crises that have influenced the tumultuous socio-economic state of countries such as Somalia, South Sudan, and Ethiopia. Now, at the turn of the decade, a new crisis of biblical proportions is posing an unprecedented risk: a rapidly-growing outbreak of desert locusts that threatens the food security, production capacity, and individual livelihoods of the region. Locusts moving at a rate of almost 150 kilometers per day are travelling in swarms of hundreds of millions across the Horn of Africa, constantly reproducing and ravaging tons of essential crops. With approximately 12 million people already facing severe food insecurity, locust swarms could potentially wipe out hundreds of square kilometres of essential pastures and crops in the region. Recent data projections have also found that a single swarm containing hundreds of millions of locusts, or the size of the city of Paris, could devour the same amount of food in a single day as nearly half the population of France. So far, the infestation has had its greatest impact in Kenya, Ethiopia, and Somalia. If swift action to limit and control the swarms isn’t taken, locusts could ravage hundreds of more acres of vegetation across South Sudan and Uganda as they continue in their path of destruction.

Swarms of 40km x 60km are ravaging crops in Kenya.

Spearheading the disaster management and control efforts is the Food and Agriculture Organization of the United Nations (FAO). The FAO is typically responsible for various food security initiatives across the world and the Desert Locust monitoring systems that have been used to forecast locust outbreaks and track breeding patterns in past invasions. However, recent changes in climatic conditions, such as unusual surges in annual rainfall and increased average temperatures, have created optimal conditions for locust breeding and exacerbated its speed and impact. In the same wave of climate change-induced natural disasters as the plague of locusts in East Africa, months of drought and high temperatures have resulted in a wave of wildfires ravaging Australia. Despite the severity of the locust crisis, those in East Africa have received little public attention and international charity compared to Australia. As of early January, more than $140 million has been raised through campaigns by celebrities, donor countries, and non-governmental organizations for wildfire relifef. Furthermore, the Australian government has already pledged at least $2 billion AUD towards long-term relief and rebuilding. With Australia joining the ranks of developing countries such as the US and Canada that contribute high levels of annual CO2 emissions, the paradoxical nature of the climate crisis comes to light. Although many areas in Africa are extremely susceptible to the adverse effects of climate change, the continent’s contribution to greenhouse gas emissions only amounts to approximately 4% of cumulative emissions and it is the least prepared to adapt to the climate crisis. Meanwhile, high-income countries, who contribute 46% of consumption-based emissions, have still made insufficient progress towards meeting global climate goals.

In a recent address to leaders at the African Union Summit in Addis Ababa, Ethiopia, Secretary-General of the United Nations, Antonio Guterres, directly addressed the lack of commitment towards climate goals by highly-industrialized nations and the role of climate change in the locust outbreak. ‘‘The past 10 years were the hottest on record and global greenhouse gas emissions continue to rise,’’ highlighted Guterres. Furthermore, he stated that ‘‘Africa is the least responsible for climate disruption yet is among the first and worst to suffer. Its nations need assistance to build resilience to adapt to the inevitable impacts to come.’’ Guterres continued his speech by linking the locust crisis to climate change, encouraging the international community to assist the emergency relief efforts in East Africa, and prioritizing ‘‘climate-related security risks in the Horn of Africa, Central Africa and the Sahel.” 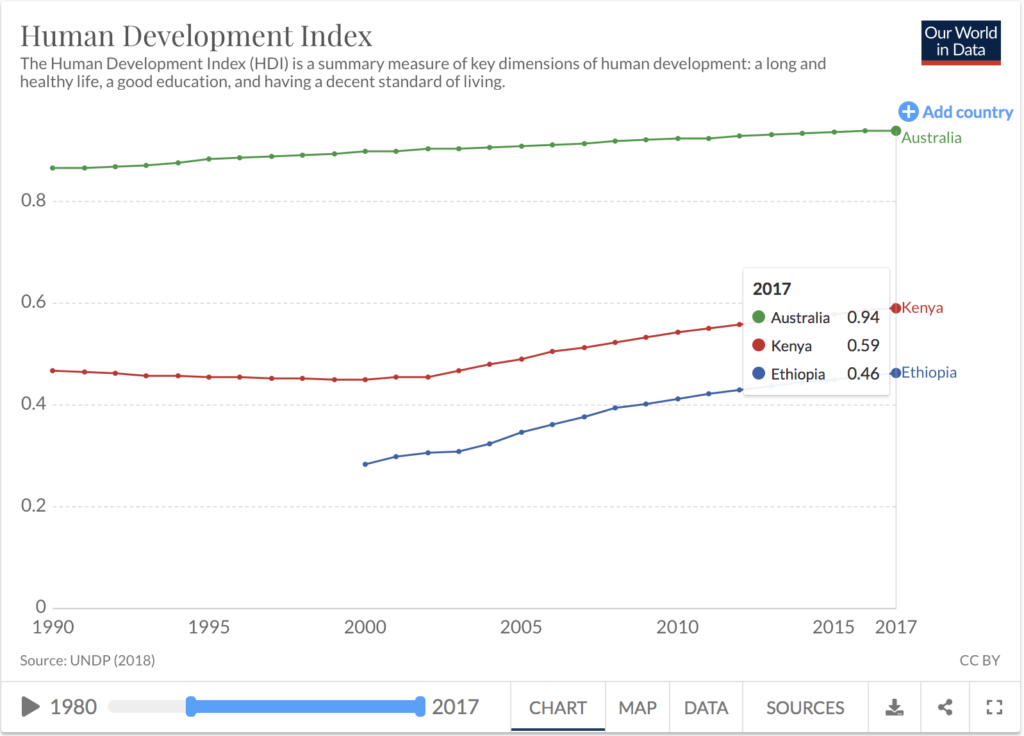 Chart comparing the position of Australia to Kenya and Ethiopia on the HDI index. Human Development Index, Our World in Data licensed under CC by 4.0

Nevertheless, it is also worth considering the role of local governments in immediate relief efforts. In Kenya, pastoralists have expressed their frustration over the delayed response to the locust crisis at both the provincial and national levels and a lack of transparency regarding the preparedness of counties to provide financial support to farmers who have suffered losses from the invasion. Kenya is also estimated to lose about $6 billion of public funding every year due to corruption and the mismanagement of public funds. Therefore, increased accountability and documentation of local and international resources by officials at all levels of government are also essential for the successful management of an emergency such as this one.

According to the FAO, $138 million is required for adequate management of the crisis through pest control methods, such as aerial spraying and protection of remaining pastures. Using the UN Central Emergency Response Fund, the FAO pledged $10 million towards the crisis but also reached out to the international donor community to fill the funding gap needed to adequately support local governments in crisis management. In January, the FAO met with member countries and donors in Rome to appeal for the emergency response budget to be met, which has since seen a contribution of $12.1 million from the European Union, $10 million from the Bill and Melinda Gates Foundation, and sparked negotiations with other organizations such as the U.S. Agency for International Development (USAID) for additional funding. Nevertheless, the alarming rates at which the locusts are able to migrate, reproduce, and consume crops indicates the importance of prioritizing preventive methods and effective emergency preparedness plans in the region. Although organizations such as the FAO and the World Food Program are working towards disaster management and identifying ways to help individuals affected by the infestation in East Africa, further investment in research and warning systems is required to prevent plagues of such ‘biblical proportions’ from happening again. Until the international community is able to mobilize resources to swiftly address issues facing developing countries in the same manner by which they are addressed for wealthier nations, long-term objectives for development and growth will continue to remain out of reach and the global inequalities gap will persist.

Teresa is a U3 student studying Economics and International Development. She was born in Kenya, has lived in six different countries and speaks four languages. Her main interest lies in issues related to development, politics and economic growth in Africa and South America.