Easy as ABC? Not in Kazakhstan 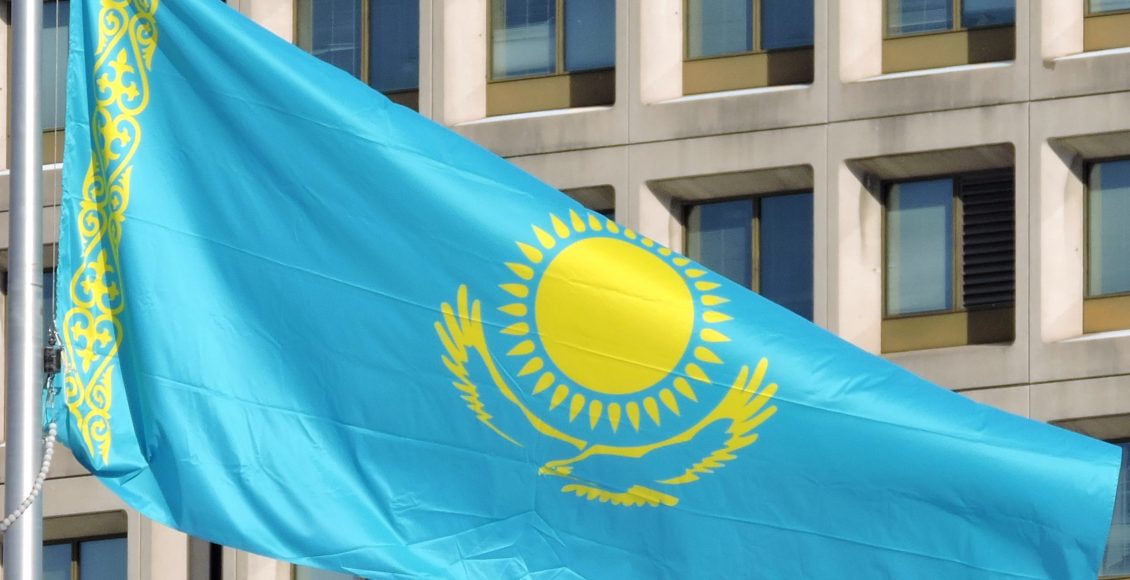 Montrealers and out-of-province students alike may marvel at the complex linguistic politics of Quebec – but the daily difficulties of “Bonjour-Hi” are insignificant to many Kazakhs, who will have to learn an entirely new alphabet in the coming years.  Announced in 2017, Kazakhstan plans to switch from a Cyrillic alphabet (think: Russian) to a Latin script, like English.

The change has not gone without controversy. A three-stage plan lasting until 2025 hopes to fully transform the way Kazakhs read and write, including by developing computer code to transliterate existing text and hiring social media “influencers” to promote the use of the new alphabet. In a mere eight years, President Nursultan Nazarbayev’s initiative will retrain the nation – an ambitious goal in line with other transformational decisions the authoritarian leader has made in his 28-year reign.

Kazakhstan is certainly no stranger to alphabet changes. Kazakh, a relatively narrowly-spoken Turkic language, used to be written in an Arabic script until the Bolsheviks replaced it with a Latin alphabet in the 1920s. This change was brief; the Soviets changed their minds, and a Cyrillic script was developed and implemented in 1940. Since then, the 42-character alphabet has served Kazakh speakers – until now.

Such radical linguistic pivots may have been relatively painless in the early 20th century, before the vast majority of the population was literate and before reading and writing were essential tools in people’s daily lives. Today, the change has become something of a headache for Nazarbayev, who has gone essentially unchallenged in his three-decade rule of the Central Asian state.

Though the basic idea of a new alphabet isn’t particularly contentious in Kazakhstan, the devil is in the details. Many sounds in Kazakh are difficult to express with its 26 letters. Different languages have used different workarounds for this – for instance, Lithuanian uses a dizzying array of accents and diacritics. In Kazakhstan, the initial proposal envisioned the heavy use of apostrophes to differentiate between similar but distinct sounds. For instance, the Republic of Kazakhstan would be called Qazaqstan Respy’bli’kasy under the new alphabet. Other words will see more apostrophes: the word “cherry” would be written as s’i’i’e.

The apostrophe proposal generated unprecedented levels of controversy in a country where the sole post-Soviet president regularly gets 98% of the vote. The initial plans for the pockmarked script were received poorly, with people complaining about its sheer ugliness and its lack of usability – Kazakh Twitter users, for instance, would have difficulty creating a hashtag with the new spelling. Critics questioned the unorthodox decision. Neighbouring countries use Latin scripts to write their Turkic languages, but use features like umlauts and accents rather than apostrophes.

The apostrophe issue points to a bigger problem in Kazakh society: the immense power of President Nazarbayev to rule by decree. His three-decade rule has been characterized by such centralized decision-making that he can singlehandedly change an entire language’s system of writing on a whim. The apostrophe question also illustrates the abject ineffectiveness of Kazakhstan’s authoritarian legislation. Rather than resolve complex linguistic questions through a collaborative and consultative policymaking process, Nazarbayev’s impulses go mostly unchallenged, and Kazakhs must deal with whatever decision the president ultimately comes to.

Ultimately, popular discontent on the apostrophe debate forced the government’s hand – a rare occurrence in modern Kazakhstan. Acquiescing to criticism, a new alphabet was drawn up to use accents instead of apostrophes, like in neighbouring Turkmenistan. The new system makes more sense, but still begs a key question: why change the alphabet in the first place?

The government cites modernization as a reason for why a shift to Latin is necessary. Indeed, the 42-character Cyrillic alphabet was cumbersome for use on computers – never mind on small phone screens. There is also a regional precedent, as Azerbaijan and Uzbekistan, two other Turkic-speaking post-Soviet states, have transitioned from Cyrillic over to Latin alphabets. However, the wider implications of the shift point to an effort to distance Kazakhstan from its larger, domineering neighbour: Russia. After hundreds of years of Russian imperial and Bolshevik control, Kazakhstan increasingly seeks to look to the West for economic development and exchange. The Latin alphabet is the world’s most widely used, both in commerce and technology.

Nazarbayev’s administration denies overt geopolitical explanations for their decision. But the use of language as a political tool of the Russian state cannot be overlooked. When the Bolsheviks first sought to design alphabets for each of the USSR’s 15 republics, they designed different scripts for otherwise similar Turkic languages like Kazakh and Kyrgyz, to minimize a perceived risk of unified pan-Turkic resistance on their southern frontiers. Modern Russian pundits describe Kazakhstan’s move to a Latin alphabet as an explicit pivot towards the West and even towards Turkey’s sphere of influence. Regardless of the intention behind the switch, the reform is a blow to Russia’s ability to maintain a sphere of influence in Central Asia and to Putin’s broader notions of a “Russian world.”

Though the change may help Kazakhstan enter the 21st century and become a more attractive place for international commerce, the difficulties of such a switch are self-evident. Changing an alphabet in the 21st century is a gargantuan task. Furthermore, widespread corruption threatens to further infect the process, creating an unprecedented opportunity for grifters to profit off the litany of government contracts that will inevitably be required to facilitate the change. The reform has already caused headaches for local business. Those who had changed their signage to the apostrophe-laden Latin quickly realized they’d have to change everything months later as the apostrophes were abandoned.

Regardless, it remains unclear if the change will even matter. Though ethnic Russians are a minority in the country, 95% of Kazakhs speak Russian, and it remains the main language for business and government. Only 65% of the population actually speaks Kazakh, and its status remains subordinate. Therefore, even if the reform goes smoothly, its desired benefits may fail to materialize while most continue to speak Russian in their daily lives.