Economic Populists Don’t Have the Answers 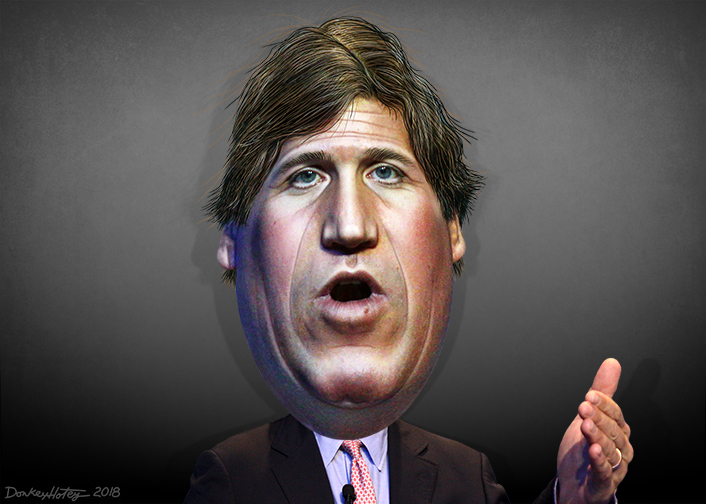 A guilty pleasure of mine is watching Tucker Carlson, Sean Hannity, and Laura Ingraham of Fox News entertain and mislead the public. Every weeknight they go live, guns a-blazing, expressing deep frustration over both obstructionism and fake news that interferes with President Trump’s agenda. Save the semi-respectable journalism for Shep Smith—the heartland tunes in primetime to watch the “Trump Triumvirate”, and they rarely disappoint.

So I was surprised when, on a Wednesday evening in January, Tucker decided to deliver a strong rebuke to conservative orthodoxy. The monologue was a whirlwind fifteen minutes of shady claims about Mitt Romney’s earnings, marijuana use among teens, and the degradation of the American family, but he did make one clear point: America’s elite are serving their own interests at the expense of working families. We’ve heard this all before. Among other things, this class-based resentment and blue collar wage stagnation carried Trump to the Oval Office. But what struck a nerve throughout the soliloquy was that Carlson amplified a conversation that economic populists (of all stripes) need to have.

You see, the global economic landscape has shifted tremendously since the Great Recession. As with any economic upheaval, market integration that produces global economies of scale yields winners and losers–among those losers being blue collar workers in high income states. The two common responses to such disruption are as follows: to call for enhanced commercial and regulatory adaptation to fit the circumstances, or to tap into the anger and resentment of the left-behinds in a zero-sum game. The latter broadly represents the populist approach, one that poses serious economic and political consequences.

But first, back to Tucker. His strongest point lies in the seemingly inseparable union between culture and markets–that American families are a necessary prerequisite for economic growth. This is a reasonable supposition. One might expand on that point and suggest a kind of marriage between liberal humanism and capitalism, which explains more profoundly why the modern Western model has been so persuasive. For markets to function efficiently, individuals must enjoy certain rights and freedoms that allow for voluntary exchange of goods and services. And though this (highly effective) design is being challenged by China, the post-Cold War economic order has been unbelievably successful, lifting more than one billion people out of extreme poverty since the 1990s.

Yet Tucker persists: “We are ruled by mercenaries who feel no long-term obligation to the people they rule… They have no skin in this game, and it shows.” The irony is blatantly obvious, as one can hardly ignore the progressive parallels of Bernie Sanders and AOC lamenting over the indifference of the billionaire class. The approach exhibits little economic intuition, and even less of a propensity to engage critically with why economic anguish is so pervasive. No time for that–far more politically salient to demonize the shady elites. To that end, one might argue (wisely) that a battle of us versus them is both potent and misleading. That kind of bad blood only enhances a class-based conflict with no meaningful dialogue, something conservatives should be particularly wary of. A widening chasm between rich and poor corrodes a healthy conservatism, an ideology founded on the principles of social stability and cultural continuity.

Yet even when the populists attempt to tackle the issues seriously, the answers are consistently founded in pure ideology. A colleague of mine recently opined that the way forward constitutes a market-oriented approach within a socialist framework, which is loosely associated with worker cooperatives and conglomerates. To be frank, the solution doesn’t fit the cause. That increased worker presence on corporate boards will solve working class degradation and wage stagnation is preposterous. That demonizing the one percent and taxing them excessively will level the socioeconomic playing field is, at best, wishful thinking. This ever-popular approach contradicts the progressive left’s go-to talking points by blatantly disregarding the systemic poverty that cripples low-income households. It says nothing of the compounding nature of wealth through capital gains, let alone a loophole-filled American tax system, navigated best by the special interests that wrote it.

So let’s think seriously here. If these populist arguments were really part of a larger economic conversation, the policy prescriptions would be easier to articulate. That is, the present order governing the commercial world is out of date. A restoration of competitive markets would largely benefit both producers and consumers, thereby restoring faith in markets and rebranding capitalism for the 21st Century. Firms engaging in monopolistic behaviour should be held accountable by regulators, while governments should consciously work to tear down barriers to entry in more consolidated industries. A reinvigoration of antitrust (or competition) law is also necessary, so that tech giants are not free to simply buy out competitors, which stifles growth and reduces consumer welfare. Moreover, political actors should partner with corporations to develop AI that helps achieve policy objectives, like building better climate models.

But I don’t suspect most of that to happen, as our current socioeconomic moment doesn’t really have much to do with economics. It’s more the stubborn reality that people are very, very angry. The current framework is thinly veiled in economic jargon, casting a shadow over the fact that people are increasingly frustrated with government. What the wealthy nations, especially the United States, are actually experiencing is a crisis of culture. If the recent federal government shutdown reveals anything, it’s that close to one million federal workers—supposed members of the middle class—simply cannot miss a paycheque. That sense of despair and helplessness, shared among millions, is politically exploitable.

What I’ve outlined here is a fairly predictable chain of causes and consequences. As technology and market integration progresses rapidly, blue collar displacement in wealthy nations is a mere upshot. These developments will continue to test the strength of governmental institutions, but the solution, contrary to the populist assertion, is not to tear them down. We are hellbent on pointing fingers when things go south, though we should be careful of catastrophizing, and be skeptical of those who claim to have easy answers.

And that’s really where Tucker goes wrong. Market capitalism and shady elites are not destroying the American family. Uncertainty about the future, a purely economic phenomenon, is undermining the social fabric of middle America. The difference here is that the future has probably never looked this vague. This is the astounding challenge facing policymakers, whose decisions will have widespread implications in the social, political, and economic spheres. It is the job of ordinary citizens to frame that debate constructively.

But that’s a tall task for a nation locked in cultural warfare and collective rage, the perverse unintended consequence of material wellbeing and unprecedented progress. Somehow, we need to ensure that the pursuit of collective wellbeing does not dissipate entirely in the face of change.

There’s but more uncertainty in assessing how this all plays out, so let’s start by recognizing that the economic populists don’t hold the keys to our future. They either harken back to a distant past or dubiously envision an alternate reality. There’s little nuance in their approaches, and they reflect an unwillingness to think critically about how we go about securing a more stable future in a disruptive era.

The populist doctrine furthers our race to the bottom by proposing divisive solutions to collective problems. Instead, we should aim to channel our impulses more effectively. That means working towards a more unified culture in which politicians aren’t free to tap into reserves of unchecked anger. With that crucial understanding, and with a willingness to seek often difficult truths about where our world is headed, we might just get the right answers.