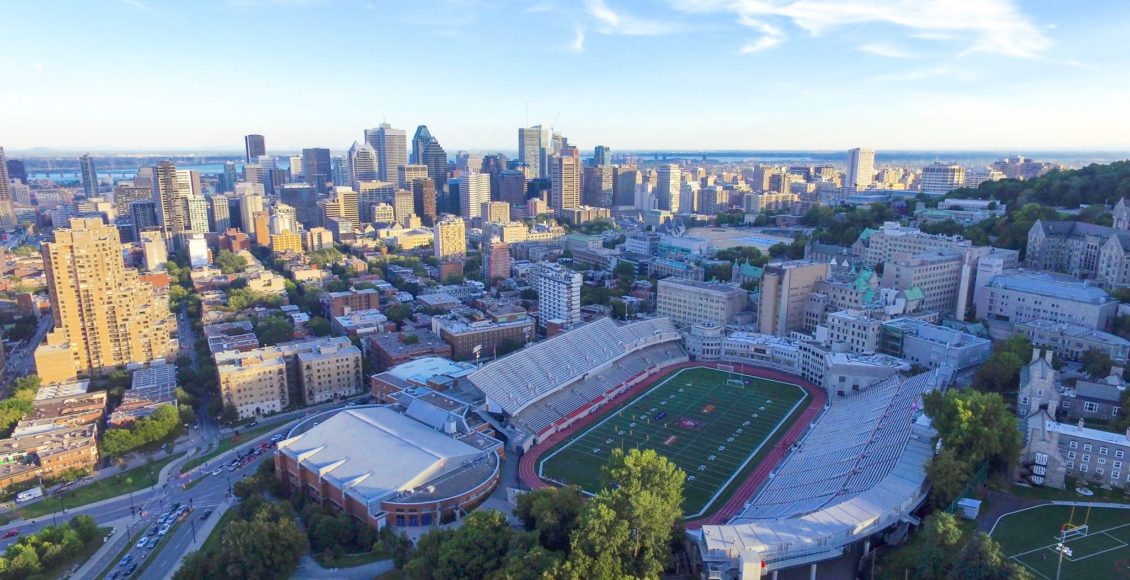 In 1992, a decision was made to remove the stereotyped caricatures of Indigenous persons which had appeared on official McGill varsity equipment, deeming such representation “offensive”, however it simultaneously preserved the use of the heavily associated Redmen name for its men’s sports teams. In its 2016 report on Indigenous Studies and Indigenous Education, the McGill Provost’s Task Force acknowledged “past usages of the name ‘Indians’ to refer to men’s teams, and ‘Squaws’ or ‘Super Squaws’ to refer to women’s athletics teams, as well as phrases such as ‘Indians on the warpath’ and ‘Redman scalped’ that appeared in McGill media”, and yet little action from the administration has followed.

A large segment of the McGill community will mobilize against its continued use on October 31st, in a far-reaching demonstration headed by Tomas Jirousek, from the Kainai First Nation in Southern Alberta, who is a member of McGill’s rowing team and serves as SSMU’s Indigenous Affairs Commissioner. The Change the Name movement has gained national coverage with broadcasters such as CTV, CBC, and the Montreal Gazette interviewing Mr. Jirousek.

The McGill International Review Online’s editorial board stands behind the Change the Name movement.

It is 2018, and it is regretful that one of the world’s leading educational institutions continues to perpetuate ideals that infringe on the identities of the very peoples native to this land. We cannot continue to pretend that the Redmen name can be reconciled with any notion of fair and just treatment for Indigenous peoples, especially given the history of the name at McGill and the context of Canada’s relations with Indigenous peoples.

For us at MIR, this marks the first time in our history as a publication where we have publicly endorsed a movement. We pride ourselves in our neutrality, making a point to abstain from polarising campus politics, all the while lending our writers as much political and creative license as possible. We exist not to push an agenda, but to facilitate discussion and foster understanding from within the McGill community.

It is from this context where we lend our support to the Change the Name movement. This is not a political stance, it is a human stance. It is not a call for mobilisation; that choice is up to you, our readers. A SSMU student referendum will take place this November, and we encourage students to research the issue and vote in the referendum as they see fit. This is not a foray into McGill’s political scene, but rather a recognition of the universal human right to dignity.

If we are to move forward as a society, we must amend the tactless labels of the past.

The views expressed in this article are strictly that of The McGill International Review Online’s editorial board, not our parent organization IRSAM.