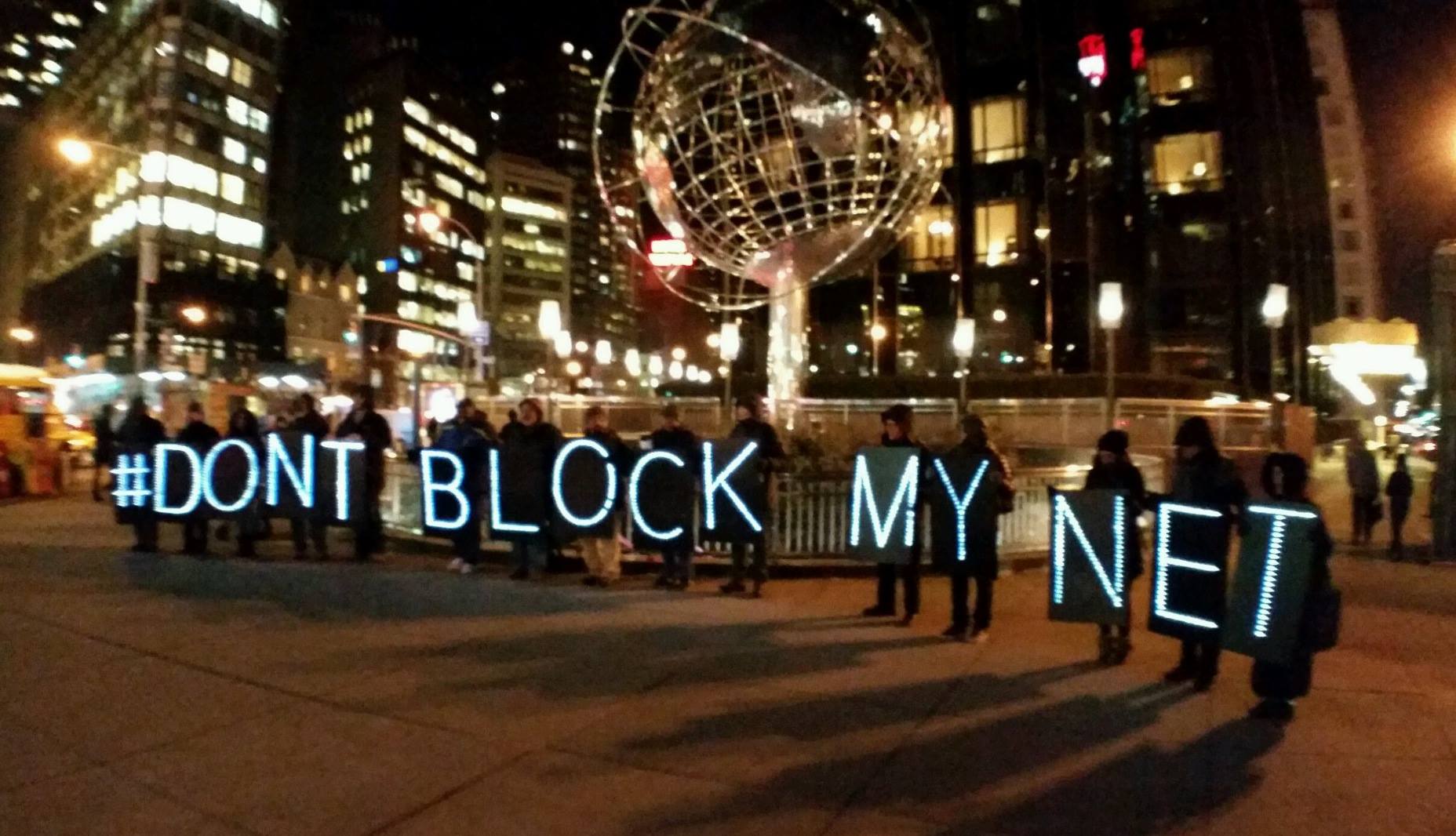 Quietly buried amongst the inflammatory headlines that have become so emblematic of Trump’s America, Ajit Pai, head of the ostensibly independent Federal Communications Commission (FCC), recently announced the specific parameters of his long-anticipated plan to repeal key net neutrality provisions. The draft order goes even further than leading internet service providers (ISPs) could have possibly hoped for, gutting not only the FCC’s Title II enforcement regime for common carriers but the core legal tenets of net neutrality itself.

While the internet has never truly lived up to its democratic potential, this announcement effectively renders broadband speeds and accessibility of online services and information as a crude function of one’s ability to pay for them. ISPs’ arguments in defence of this market logic have drawn direct comparisons to the cost recovery methods of basic utility providers, implying that internet access has gone the way of plumbing and electricity in its reduction to a monopolizable commodity. “Why should they be allowed to use my pipes?” former AT&T CEO Ed Whitacre once notoriously demanded. “The internet can’t be free in that sense, because we and the cable companies have made an investment and for a Google or Yahoo or Vonage or anybody to expect to use these pipes [for] free is nuts.”

In some ways, it is even surprising how long the FCC has maintained the principle of net neutrality, considering the exponential network saturation that has occurred in the last decade alone as well as the ever-increasing lobbying power of major ISPs. AT&T, Verizon, Comcast and their competitors have been embroiled in protracted legal disputes with the FCC since their inception, fiercely resistant to the very idea of federal regulation over their business pricing schemes. Everything changed in January 2017, when President Trump nominated Pai to Chairman of the Commission, a godsend for ISPs.

A former Verizon lawyer with a blatant disregard for consumer interests and online data security, Pai forebodes a future in which the FCC is wholly subjugated to the ISP oligopoly du jour, wherein the broadband market’s barriers to entry become simply too great for smaller companies to overcome. Websites, in turn, will incur rising costs for preferential broadband speeds, costs that they will largely pass on to consumers in the form of tiered subscription packages and premium content. For non-profit publications and independent sites lacking the name recognition to viably charge their visitors, this would effectively be a death sentence.

Pai’s personal vendetta against Title II fits firmly within a disturbing theme of the Trump administration: executive appointees who are actively committed to undermining if not outright dismantling the very agencies they have been tasked to lead. From Secretary of Energy Rick Perry and EPA Administrator Scott Pruitt’s outright rejection of the scientific consensus on man-made climate change to Education Secretary Betsy Devos’ ongoing quest to roll back years of federal education standards and civil rights legislation, the Trump Cabinet is an exercise in governmental implosion.

There are obvious reasons to conclude that this administration, through its conscious embrace of ignorance as virtue and its disturbing willingness to validate stratified notions of citizenship, transcends traditional left-right dichotomies and in fact represents an existential threat to American democracy itself. At the same time, certain historical continuities can be observed. Restraining the mandate of federal regulatory bodies and consumer protection agencies has been a mainstay in Republican ideology since the Reagan administration; indeed, there are unsettling parallels between the Reagan and Trump campaigns’ hostile takeovers of the establishment GOP. Both presidential candidates were students of Roger Stone, whose combative, Faustian school of campaigning smugly extols such mantras as, “it’s better to be infamous than to never be famous at all”; “hate is a more powerful motivator than love”; and “the past is fucking prologue.” More to the point, Trump takes Reaganomics to its logical conclusion: radical, uncompromising promotion of market-based solutions to societal ails. If the deregulatory crusades of the 1980s played out primarily in the financial sector, precipitating the 2008 housing market collapse, Trump’s deregulation agenda emphasizes repeal of key Obama-era policies in the environmental, healthcare and telecom sectors.

In doing so, however, Trump may be inadvertently undermining his own party, ahead of the 2018 midterm elections. With the unprecedented severity of Pai’s plan, public pressure now turns on Congressional Republicans, and unlike with other proposed deregulations, support for net neutrality cuts across party lines. MoffetNathanson, a leading media and telecommunications research institute, intriguingly argues that the GOP could still save face on this issue by drafting a compromise that would restore certain legal tenets of net neutrality in return for supporting Title II repeal. A substantive deregulation dressed up as a pro-consumer rescue plan, this act would allow Congressional Republicans to claim victory for the preservation of net neutrality.

“One of the most hackneyed (but true) aphorisms about our democracy is that nothing much ever happens without a crisis. Well, if there isn’t a crisis, you can simply create your own.” – Craig Moffet & Michael Nathanson, MoffetNathanson LLC

Still, there are numerous obstacles to the realization of such a scenario. For one, it is predicated upon a united Republican front against the FCC’s recent provisions, a virtual impossibility given the contemporary Congressional climate. Publicly reintroducing federal regulations on any economic sector—even in cases where an overwhelming majority of constituents support them—would antagonize the vocal Tea Party faction that has so thoroughly hijacked democratic debate within the modern GOP, demanding nothing short of rigid ideological adherence from their political representatives. This dogma of deregulation has driven a wedge between them and more moderate Congressional Republicans like Susan Collins and Greg Walden, such that those inclined to compromise with Democrats on a relatively bipartisan issue like net neutrality are stuck between a rock and a hard place in evaluating the political repercussions of their actions.

In short, this battle is far from over. More legal challenges, Congressional debates, and public backlash await. Nevertheless, with its latest draft order, Ajit Pai’s FCC has laid the groundwork for the end of net neutrality as we know it. A mere three decades later, a select number of ISPs could soon become gatekeepers of “the greatest communication and innovation platform” ever known to man.