Education in India: A Duty Forsaken During COVID-19 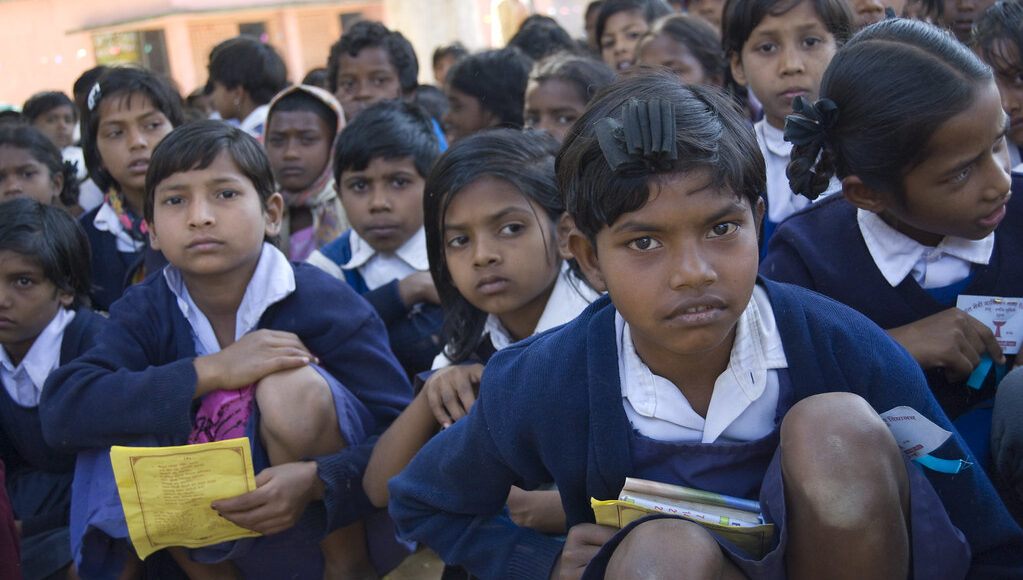 In March 2020, when the coronavirus outbreak was declared a pandemic by the World Health Organization, the Government of India responded with a nationwide lockdown to avoid a looming public health crisis. More than a year later, while India’s COVID-19 crisis continues to wreak havoc on the nation, the government’s policy response itself has given rise to problems far more chronic and dire. With lockdowns came school closures across the country that threatened the right to education for students at the socioeconomic margins, especially those belonging to India’s Scheduled Tribes. Education in India has become a right guaranteed by the government on paper, lacking in reality, and abandoned during the pandemic.

Threats to the right to education

The Right of the Child to Free and Compulsory Education (RTE) Act was enacted by the Government of India in 2009, making education a fundamental right of all children between the ages of six and 14. Under the Act, a child is not liable for paying school fees. Instead, the appropriate government — the state government in most cases — takes responsibility for ensuring that the child has the necessary books and uniforms to attend a school that must be no further than three kilometres from the child’s residence. “Compulsory” education is guaranteed by holding school authorities accountable for keeping a mandatory attendance log. Making free and compulsory education a fundamental right is a tremendous promise made by the government to the children of India, at least on paper.

By legalizing the right to education, the Indian government has grounded itself in a duty to realize and protect that right. But for children belonging to the Scheduled Tribes — or Adivasis, realizing the promises of the RTE Act is an even greater challenge. Adivasis are Indigenous ethnic communities who have historically lived in the hills and forests of Central and North-eastern India. Not only do Adivasi children come from low-income families, but historical oppression and geographic isolation have also presented the government with the task of creating schools in remote areas, all while trying to maintain the Adivasi language and culture.

An obvious consequence of India’s nationwide lockdown was widespread school closures. However, the problem facing students after these school closures was that of digital inequality. As schools closed down, most students in urban, English-speaking private schools turned to Zoom to continue their learning. In other cases, schools began using WhatsApp to send recorded videos to their classes on makeshift blackboards and for students to send in their homework. But for families lacking an internet connection or even a mobile phone, online schooling remained a distant reality.

For Adivasi children, online education presents unique challenges. In a phone interview, Dr. Geetanjoy Sahu, an Associate Professor at Mumbai’s Tata Institute of Social Sciences, explained that the government places most Adivasi students in residential schools or ashramshalas. With India’s strict lockdowns, these residential schools shut down and resulted in students having to return to their communities.

“Imagine a family with four children,” Dr. Sahu said. “For them to attend school online, the family needs to have not one but four mobile phones. How can an Adivasi farmer provide that?”

When India’s Ministry of Tribal Affairs released a report on the country’s residential schools earlier this February, it came as no surprise that only 18 percent of Adivasi children had access to online education during the pandemic. When education moves online, what does the right to education mean for the Adivasi children left behind?

A right violated and abandoned

With the reality of digital inequality in mind, a closer look at the RTE Act shows that state and local governments across India have violated their duties. Section 8 of the RTE Act states that the appropriate government shall “ensure that [… a] child belonging to disadvantaged groups [… is] not discriminated against and prevented from pursuing and completing elementary education on any grounds.”

The nationwide closure of schools in India means that access to education during the pandemic relies on access to the internet. By failing to protect students against digital inequality, state and local governments have been unable to safeguard socioeconomically disadvantaged students, especially Adivasi children in remote areas, from restrictions to their pursuit of education.

Students and their families remain barred from taking the government to court for striking violations of the RTE Act. Under Section 37, no one can bring legal action against any government if that government has acted in “good faith.” Should a legal case arise, the government may argue that the closure of schools was a necessary act in the interest of public health, which supersedes the right to equal education in such circumstances.

Brian Lobo, an Adivasi-rights activist from the Palghar district of India, commented that the continuation of online education for some while excluding Adivasi and other economically disadvantaged children constitutes an inequality that the government has failed to prevent.

Asked about the Indian government’s role in the unequal access to education, Lobo said, “The lockdown announced in March 2020 was probably an impulsive decision that was unnecessary in rural India. As ashramshalas closed down, I suggested a system whereby a government-employed teacher could be sent to an Adivasi village, teach the children for three weeks, and then return to their family for a week. While not ideal, such a system could have at least allowed the children to continue their education. But then the government announced that schools would be reopened, only to be shut down again during the second COVID wave.”

Dr. Sahu pointed out that some Adivasi villages where community forest rights were implemented, income from forest products allowed communities to pool together enough money to appoint a tutor to teach their children. When the government abandons its duty to ensure access to education, some communities can step in while others cannot.

Public crises are an opportunity for reconsidering policy priorities. The Indian government’s cutting of their annual spending on education by six percent makes it clear that the government has its priorities wrong. With most Adivasi children receiving education in government-run schools, a slashing of the budget further signals that the government is unlikely to expand the number of schools in remote areas or adequately fund those that already exist. The future of the right to education for Adivasi children remains bleak.

A crisis without an immediate face

As a student in Canada, I was unable to directly contact Adivasi children for the very same reason that online education has failed to reach them. Relying on accounts by the activists I was able to talk to, I asked Brian Lobo if he could tell me about the adversities faced by Adivasi children for being out of school. His response spoke for itself: “An Adivasi child who is out of school is simply that — out of school. There is no immediate adversity that one can see on a 10-year-old child’s face. They will advance to the next standard, but their level of education will not keep pace. What is lost now will have its effects in the years to come.”

The Right to Education Act is a promise — a promise every child deserves to have hope in. For Adivasi children, it is hard enough to uproot themselves to go to an ashramshala and learn in a language different from their own. But if children make that sacrifice without the promise of education protected by the government, it is hard to imagine a greater betrayal. Governments at the central, state, and local levels must rethink their priorities and take the violation of their duties seriously, because the right to education must be a right for all.

Featured Image:  “Schule in Jharkhand” by Sebastian Baryli is licensed under CC BY 2.0.