The complex network of European interests in Libya stands in the way of a peaceful solution, while Libyans fall deeper into the public health and economic crises their civil war exarcerbated. 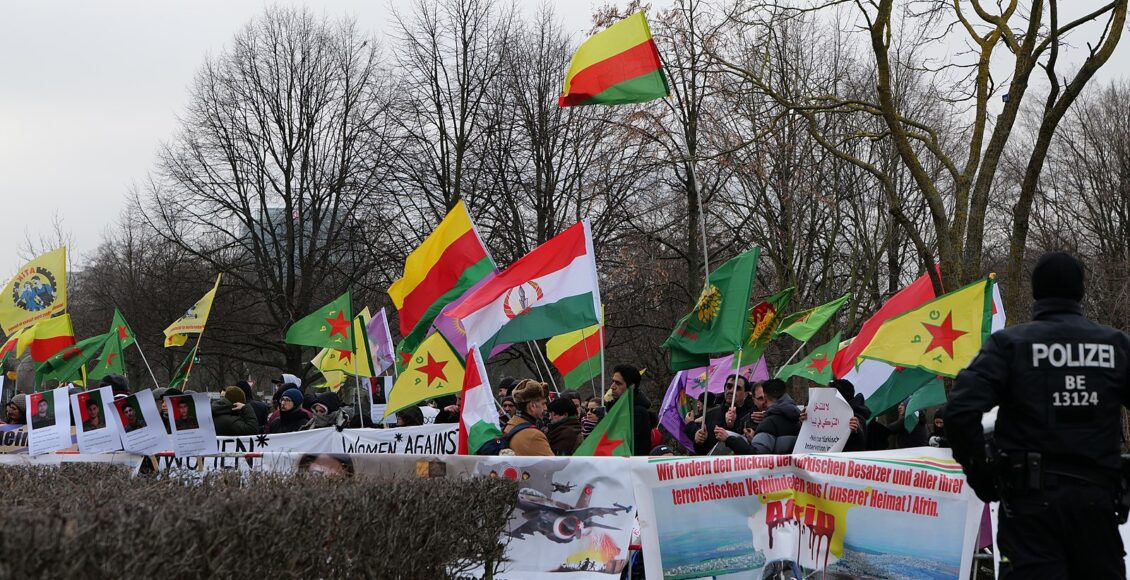 Since the Arab Spring and the death of Muammar Gaddafi exactly nine years ago, Libya has not had a moment of rest, and despite an international political appetite for peace, a long-term solution to an economic crisis and prolonged military conflict is still far out of reach. Battling COVID-19, price increases, and crumbling infrastructure are simply not priorities for government officials, and a byzantine network of competing foreign interests is all but prohibiting international aid from reaching Libyan citizens.

The first civil war, which saw Gaddafi loyalists battle a popular uprising, came to an end on October 20, 2011, when Gaddafi was captured and killed, but the democracy sought by Libyans did not materialize. The first Libyan elections were held in 2012, but the government quickly fractured into smaller, adversarial components while attempting to draft a new constitution. A second civil war began in 2014, when this fractured government refused to give up its mandate, plunging the country into yet another military conflict. Khalifa Haftar, leader of the Libyan National Army (LNA), established a new government in the east, while the UN-sponsored the Government of National Accord (GNA) in the west; the armed conflict between the GNA and the LNA continues today. The situation worsened for Libyans in 2019, when the LNA, with support from Egypt, the UAE, and Russia, launched an offensive in hopes of capturing Tripoli and ending the war. However, the attack was repelled by the Turkish-supported GNA, leaving the country’s infrastructure and people in disarray. Since then, the COVID-19 pandemic has reached Libya and the economy has nearly collapsed, leading to widespread protests demanding improved living conditions and political accountability. In the past month alone, both GNA Premier Fayez al-Sarraj and LNA Prime Minister Abdallah al-Thani have announced their resignations, in hopes that a nationally unified government can be formed.

The declining living conditions against which Libyans protested this summer are expected to worsen. Since June, confirmed COVID-19 cases are spiking, as there is little contact tracing and there remains a social stigma around testing. Compounding the situation, 50 per cent of primary care facilities have closed since violent conflict erupted in 2011. The World Health Organization (WHO) requested $22.3 million USD to fight the virus’ spread in Libya, but barely received 10 per cent of the requested funds. In short, the COVID-19 pandemic will continue to devastate Libyans indefinitely.

In addition to the public health crisis, the country is grappling with an economic one. Since Haftar’s troops began blockading Libyan oil exports and prices of imported goods rapidly increased, Libyans have lost employment opportunities while basic foodstuffs have become harder to afford. Even before the COVID-19 pandemic, 75 per cent of household income was spent on food, leaving citizens with no financial safety net against the current economic crisis. Additionally, the Libyan workforce has historically relied on government salaries — in 2019, 70 per cent of the population worked in the public sector — so when the government descended into war in 2019, the lack of a healthy private sector exacerbated the employment crisis. Furthermore, Libyans feel that both governments are mishandling the funds at their disposal. At the heart of this summer’s protests, in both the west and east, lied anger about the corruption of government officials and their inability to mitigate the decline of living conditions. Even with a well-functioning government, rebuilding the economy would be a mammoth task. Given the current state of the Libyan government, effective economic relief seems like a distant dream.

Despite its economic troubles, Libya’s large oil reserves have attracted the attention of the region’s most influential economies. The reshaping of the GNA and LNA has significant implications for foreign governments’ ability to sponsor a long-term peace solution in Libya. To date, actors like Turkey, France and Russia have deeply entrenched themselves in the conflict; without Europe’s approval, Libya will not receive the help it needs from the international community. Turkey, whose military support kept Tripoli — and the GNA — standing during the LNA’s offensive, declared it would keep troops in the region for the foreseeable future to protect a lucrative oil drilling deal. Meanwhile, Germany, the host of various peace talks, blocked the European Union from sanctioning Turkey after its Libya-bound military trespassed through Greek and Cypriot waters. To appease Turkey, Germany offered to mediate negotiations if it agreed to partake in mediation over drilling rights. Simultaneously, Russia is expanding its military influence within the Haftar camp. In May, it sent combat aircraft to two LNA airfields to cement a permanent military foothold in the region, where it has a military training camp. Additionally, the French have their own set of strategic interests in Libya. While Paris’ official position supports the UN-backed GNA, the French supported Haftar’s forces and, through the sales of arms, made a large profit.

Evidently, the GNA and LNA are both seriously indebted to these foreign governments. Having so many influential foreign actors interested in Libya has resulted in peace talks becoming part of a geopolitical chess match, rather than discussions about the safety and prosperity of Libyan citizens. In the next few months, there may be a new prime minister in Tripoli or a new leader of the LNA, but regardless of who fills these leadership positions, they will need to placate powerful foreign powers in order to harness the necessary military and economic influence to bring about a long-term peace solution.

Despite the ‘“constructive” peace talks held in January, the tone was decidedly more frustrated when international diplomats met again this month.  “The violations of the [arms] embargo are a scandal and call into question the basic commitment to peace of all involved,” said UN Secretary-General Antonio Guterres. The embargo has become a “joke,” because its enforcement would require confrontation within the EU; Germany and France are already wary of angering Turkey, whose control of migrant flows into the EU is a point of tension in western Europe. So far, all peace talks follow a similar pattern: encouraging conversations among diplomats, but with few enforcement mechanisms applied to the agreements. While Europeans played politics, direct negotiations in Egypt between the GNA and LNA yielded positive results, including establishing the initial framework for a unified government. This framework is still not the final product, but it is a start. The contrast between the convoluted diplomacy in Berlin and the productive discussion in Egypt confirms the belief of the GNA’s foreign minister, who claimed the real barrier to Libyan peace was foreign interference.

Libya’s multi-layered crisis will not be solved at the end of the civil war, which in itself could last a long time. Both governments are entangled in political disputes and consequently are not focused on the real issues Libyans face. Even so, any potential solution depends heavily on the cooperation of duelling European powers, as foreign interference and political games are preventing the emergence of an effective government at the cost of Libyan citizens’ health and economic well-being.

Featured image: “Demonstration against Erdogan during Libya conference Berlin 2020-01-19 13.jpg” courtesy of Leonhard Lenz, licensed under CC1.0. No changes were made.