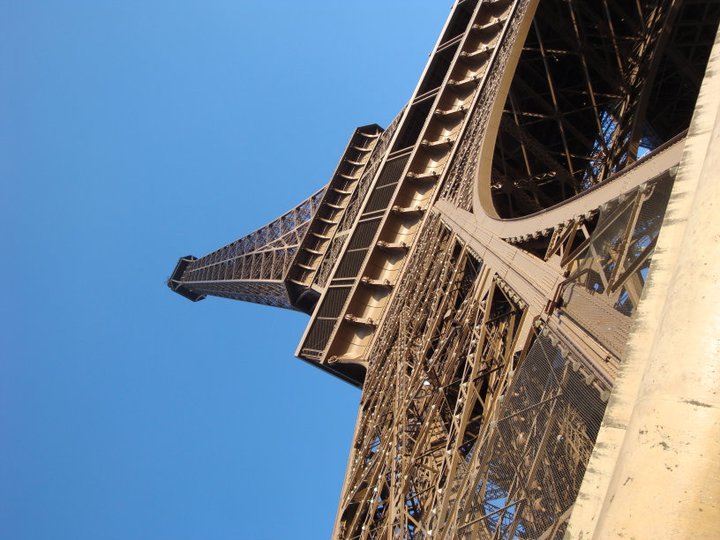 When one thinks of the global order, America comes to mind as the pre-eminent power whether that be in military, diplomatic, economic, or cultural realms. There is an awareness that old colonial actors play some role, but it is one that has been eclipsed from the other side of the Atlantic since at least the Second World War. Yet, there are other agents who represent the West’s role in building this order, despite the Anglo-centric reality defined previously by Great Britain, and now by the US. In recent months as America withdraws from the world stage, and Britain withdraws from the European one, these powers have stepped up in an attempt to fill the vacuum left behind. Countries such as France, under the dynamic leadership of its new president Emmanuel Macron, have found themselves the remaining guardians of a international system and world order right as it faces a growing plethora of challenges from climate change to new kinds of hybrid warfare; challenges which require stability and cooperation to address.

Despite a reputation in the Anglophone world for shying away from assertive foreign policies, France has always played a role internationally, especially in its former colonial sphere. In recent years France was among those leading the call for Western military intervention in Libya, but also engaged in endeavours of its own. In 2012-13, Mali was facing collapse as rebels backed by an Al-Qaeda affiliate ceased control over half of the country. It was the French military that stepped in to intervene with air-strikes and ground troops to re-stabilize the country. Left with sizable military networks in Western Africa due to its troubled colonial history in the region, France has worked with governments across Sub-Saharan Africa to address terrorist threats, and maintain order when civil war occurs or appears likely.  In the past 15 years, France has intervened militarily for these purposes in both Cote D’Ivoire and the Central African Republic, in addition to Mali. Such engagement is not limited to military operations, with France exerting soft power through the Organisation internationale de la Francophonie, an organization with 84 member states that “organises political activities and actions of multilateral cooperation that benefit French-speaking populations” while promoting “the French language, peace and sustainable development.”

It is this foundation that has left France in a natural position to fill the void left in the international system as the U.S. Department of State hemorrhages career employees, key ambassador positions remain unfilled, and U.S. diplomats receive contradicting orders from the White House and the Secretary of State. This absence and erratic behaviour has perhaps been most felt in the Middle East, a region that America has primarily dominated since the 1956 Suez Canal Crisis, a region where in recent months there has been an increase in potentially destabilizing unilateral actions. The most recent incident occurred in Lebanon, wherein Prime Minister Saad Al-Hariri, whose family has links to Saudi Arabia, was summoned to the country. He was then allegedly prevented from leaving the Saudi capital Riyadh, and announced his resignation in a video address many likened to a “hostage situation.” This crisis threatened to destabilize Lebanon, as Gulf States warned their citizens to leave and the American administration remained conspicuously silent. However, despite this lack of American leadership, the West did not remain uninvolved. French President Emmanuel Macron made a spontaneous trip to Riyadh, where he had a face to face meeting with the Saudi Crown Prince to talk about “ensuring the preservation of stability in the region.”  Soon afterwards, and on Macron’s invitation, Hariri left Lebanon, travelling to Paris to meet French government officials and Macron himself. Not long after that Hariri returned to Lebanon, where he announced that he would not be resigning after all.

A similar dynamic has occurred on the European regional stage. Efforts to integrate Europe, including the creation of the European Union, have long been led by France and Germany with the United Kingdom as an anglocentric, and more hesitant, counterweight. However, with Britain’s decision to leave the EU, a major obstacle to further European integration has been removed, especially pertaining to a priority of the current French government: joint European defense. The United Kingdom has long worried that such a pact would undermine its security relationship with the United States, and the importance of NATO. However, a push for security integration has been re-ignited by Macron’s government, after the British withdrawal  in combination with Trump’s seeming disregard for NATO and pro-Russian stance. With the United Kingdom gone, France will be Europe’s only nuclear armed power, its only veto-holding member on the United Nations Security Council, and its only power with an extensive overseas military presence. A defense pact would allow it to operate collaboratively with its European allies on military issues without needing NATO’s approval. Such a policy could allow Europeans to project their interests and protect their autonomy amid increasing uncertainty and a feeling that they must take their future into their own hands.

France’s new-found assertiveness has not been limited to only defense and diplomatic frameworks. Emmanuel Macron and his government have also made a point in assertively projecting French soft power, and standing up for Western norms. Macron’s confident leadership has helped advance these goals, as he unapologetically argues that France must be “ambitious in the wider world” and “become a great power again.” In Europe, France has been competitively pursuing the relocation of British agencies to France, already succeeding as the European Banking Authority will be moved to Paris. Furthermore, Macron has not been afraid to criticize America, and Donald Trump, for shirking global responsibilities. After the Trump Administration announced it would withdraw from the Paris Climate Accords, Macron released a speech, in English, aimed directly at an international audience warning that, “If we do nothing, our children will know a world of migrations, of wars, of shortage. A dangerous world.” Taking the step even further, he made the bold statement of calling for any American “entrepreneurs, scientists, and engineers who want to work on climate issues” to move to France, and has since provided grants towards their climate research. He ended the speech with a direct play on Trump’s famous slogan, calling for listeners to help “make our planet great again.”

These shifts bear significance for France’s status in the world. Macron’s English speech was the first ever that a French president has given from the Élysée Palace, the seat of government, especially notable given a long term French aversion to the language in political contexts. Although speeches may seem like just words, they project soft power, thus making an impact. By using positive rhetoric and persuasion, states are more likely to meet their foreign policy goals, and become models that citizens and other states look towards. France’s outward pursuit of this soft power, in conjunction with reductions in America’s and Britain’s, have seen it rise to dominant global power status, at least in soft power terms. Furthermore, France’s expansion of its diplomatic activities outside of its normal sphere in conjunction with pursuing European military cooperation mark dramatic changes in the global order. France has announced plans for a state visit to Iran in 2018, something a French president has not done since 1971, especially important as the United States backs away from the Iranian Nuclear Deal, and the Saudi-Iranian rivalry drives crises such as Lebanon’s. Collectively, this unapologetic French defense of Western norms, whether through securing European unity, mediating crises, or rallying people to deal with collective challenges, means that Western priorities are receiving protection. This is especially important at a time when America, the country that in large part built the post-World War II world order, seems to be abandoning it.