How a South Korean official's murder relates to how defection is perceived on the peninsula. 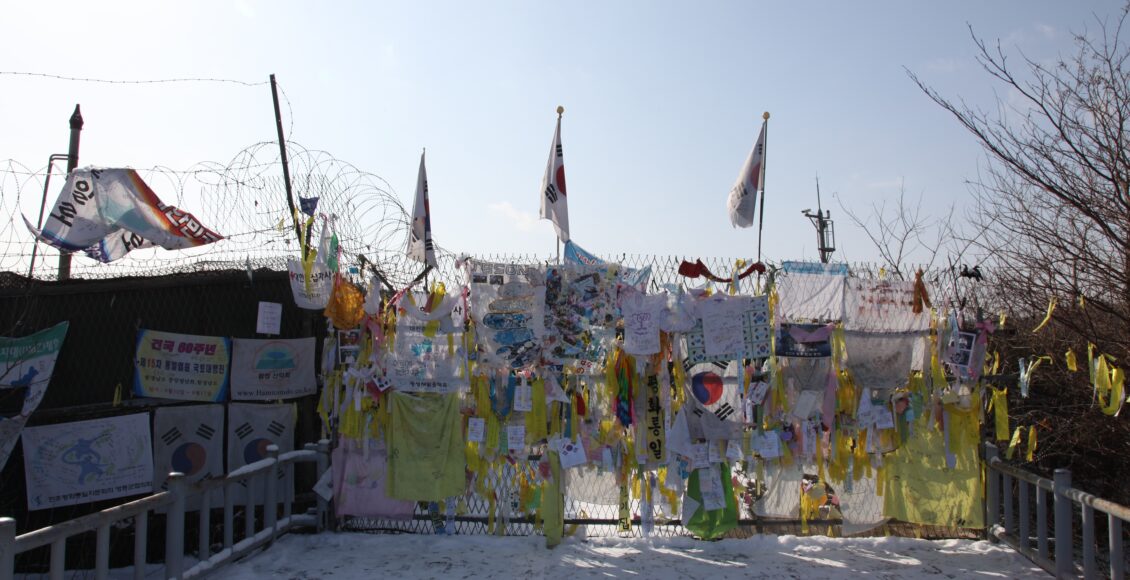 In September, a missing South Korean fisheries official was found murdered near Yeonpeyong Island close to the Northern Limit Line and North Korean waters. The shooting prompted the Republic of Korea to call for a joint investigation of the incident with the Democratic People’s Republic of Korea, to which the latter has yet to respond. The killing has since become an emotional topic of discussion for South Korean political parties, the South Korean military, and the deceased’s family, raising questions about the deceased’s intentions along with the legitimacy of the South Korean military’s report.

According to the military, the deceased, an unnamed 47-year-old government official working in the fisheries department, was inspecting a patrol ship when he was reported missing. Upon entering North Korean waters, they reported, he was killed by patrolling North Korean soldiers, and his corpse was burned and left in a raft near the western coast of North Korea. The South Korean military speculates that high-ranking North Korean officials — and possibly Kim Jong-Un himself — ordered the shooting, given the reported delay between the shooting and the body’s discovery. The military also claims that the official intended to defect to North Korea, having expressed this intent to the patrolling North Korean soldiers before he was shot.

Since his death, the deceased official’s family members have contested the South Korean military’s claims, saying that he had no reason to defect: he had a family, children, a stable job, and did not exhibit any such desires before the incident. Even upon discovering the official’s significant gambling debt, many South Korean political commentators expressed doubt that this was reason enough for his defection and abandonment of his former life and children. His elder brother, Lee Rae-Jin, has since appealed to the United Nations High Commissioner for Human Rights in Seoul to conduct a fair and transparent re-investigation into his death, bypassing the South Korean military’s conclusion. What’s more, Lee insisted that the South Korean military apologize for claiming his brother’s defected, which he considers to be an insult to his brother’s legacy. Beyond the deceased’s family and the military, the Blue House received criticism from the official opposition about its diplomatic reaction, which they described as light-handed, given the situation’s weight.

The reasons behind defection reactions

Due to the vast political, social, and economic differences between the North and South, it is understandable that the two countries perceive themselves as independent and distinct nations. Given the traumatic history of the peninsula’s division from the end of Japanese annexation in World War II to the Korean War beginning shortly thereafter, it is unsurprising that both sides emerged from their complicated pasts with diverging identities. For example, in 2014, a government-funded survey found that 13 per cent of South Koreans viewed North Koreans as hostile, while 58 per cent believed that North Korea was a country they “should cooperate with,” illustrating South Koreans’ varying perceptions of North Korea. Nonetheless, the cultural, ethnic, and linguistic similarities shared by the two countries cannot be ignored. For decades, both diplomatic and civic reunification efforts (like the 2019 One Korea International Forum) highlight the Korean people’s desire for a unified country. The two leaders’ historic summit in 2018 left many South Koreans in joyful tears by visibly renewing hopes for a peace treaty and reunification.

Through these complex emotional boundaries lies the issue of defection. The act of leaving one’s “side” for “the other” is still considered a tremendous betrayal of the nation and its people. This act comes with extremely negative connotations, often leading to knee-jerk condemnation in response. Defection also holds significant weight given the lack of a permanent end to the ceasefire between the two countries, which has been part of an ongoing state of war for over 70 years now. South Koreans perceive South Korean defectors as cowardly, untrustworthy, and even “troubled,” echoing public attitudes that rank “ethnic identity” as a significant factor of “Korean-ness.” However, North Korean defectors often express difficulty when integrating or trying to be accepted in South Korea without suspicion, and many of them confront ongoing distrust throughout their lives. Moreover, many North Korean refugees find it difficult to adjust to South Korean life, and numerous defectors have reported instances of discrimination, such as employment denial. As multiple studies show, this harms the health and well-being of defected North Koreans in South Korea. As this is an issue related to the bigger picture of national identity and complex inter-state relations, it is understandably emotional, with defectors bearing the brunt of this emotional reaction.

President Moon’s Democratic Party has mostly been identified as “pro-Northern collaboration,” while right-leaning parties have historically been more conservative in their approach. Undeniably, the current president and ruling party played an instrumental role in achieving the level of peace that South and North Korea enjoy at the moment — for instance, President Moon was the first South Korean president to meet with a North Korean supreme leader since 1953. Still, North-South relations have historically been volatile, often changing according to the incumbent leaders’ attitudes and perspectives. In most cases, tensions in this relationship stem from destructive events when one side suspects the other of instigating conflict. One such example is the sinking of a South Korean navy corvette near the North Korean sea in 2010, killing 46 South Korean sailors. When a group of international researchers attributed the incident to North Korea’s deployment of a torpedo attack, President Lee Myeong-Bak retaliated by abandoning the Sunshine Policy — South Korea’s light-handed foreign policy aimed at softening North Korea’s attitudes toward the South — and ending economic relations.

President Moon’s 2017 electoral platform was particularly notable for its intention to improve North-South relations, through measures like reinstating the Sunshine Policy. Thanks to the president’s continued efforts to soften the North’s perspective of the South and bring forth potential reunification, political commentators often call it the “Moon-shine Policy.” However, the political opposition and right-wing parties have accused President Moon and his Democratic Party of being too sympathetic towards the North, even when retaliation is deemed necessary. This very accusation emerged in the wake of the president’s negligible diplomatic response following the fisheries official’s murder. The Blue House’s response to Kim Jong-Un’s October 11 speech was scrutinized as “too hopeful” and ignorant of the murder that took place. Instead, the government stated that it was “taking note of North Korea’s proposal to restore inter-Korean relations as soon as the right conditions are in place,” making no mention of the unresolved incident. Critics are demanding that the president directly retaliate and demand that Kim Jung-Un participate in the re-investigation. The murder may have a lasting effect on South Koreans and the international community alongside North Korea, who might perceive Moon’s cabinet as a lenient administration, lacking the backbone to defend fatalities caused by the North.

An important reason the family is so vocal about refuting the South Korean military’s claims reflects the negative connotations of defection that are potent enough to paint a corpse in a bad-light. Defection, which is considered a betrayal of the state and people, comes with a hefty price that can potentially destroy a deceased person’s reputation and the surviving family members’ social standing. In this particular case, the murdered South Korean’s position as a government official and the Moon government’s lack of a heavy-handed response to “protect its citizen” has provoked even more tension. Hence, the complexities of this incident embody the inherently complex North-South relationship of the Korean peninsula and the significance behind defection to the other country.  And while new aspects of the case continue to arise, South Korean and North Korean actions — or the lack thereof — speak volumes about their current relationship.

Featured Image: “Korea DMZ” by Masaru Kamikura is licensed under CC BY 2.0.