The End of Life As We Know It 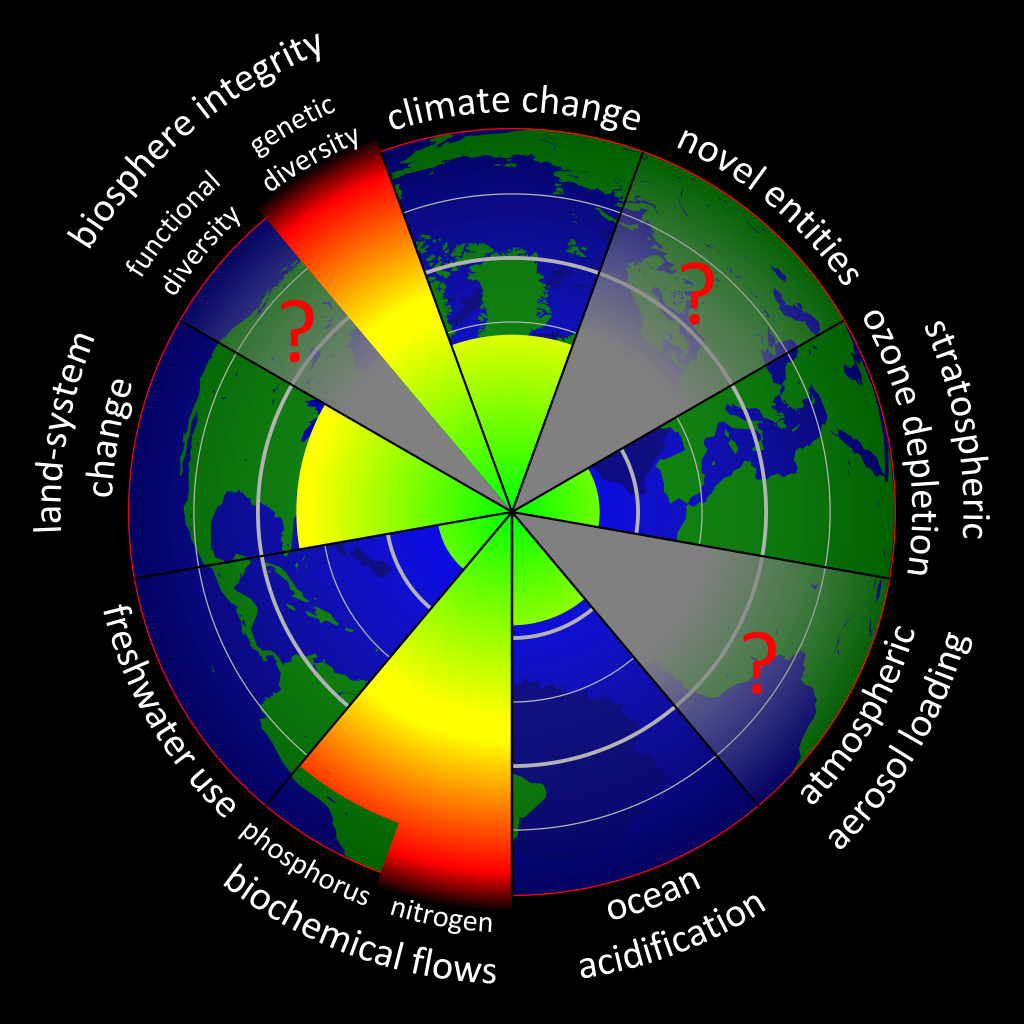 On September 14, 1930, the first dust storm traversed the Southern Plains, wandering through southwest Kansas and into Oklahoma. At the time, the local weather bureau didn’t know what it was exactly, but simply noted it as an anomaly and moved on. A few years later millions of Americans would know well the thousand-feet-high clouds of dirt that blotted out the sun, destroyed crops, homes, and human lives.

The Dust Bowl, roughly spanning the decade of 1930, was the greatest weather event of the twentieth century and the worst prolonged natural disaster in U.S. history. During the largest storm denoted as “Black Sunday” in April 1935, more than 300,000 tons of topsoil (twice the amount of earth excavated to build the Panama Canal) tore through the air in a single day. The cause of this disaster was rampant wheat production that ripped up the grasses vital for holding the topsoil to the earth during the strong winds that blew through the Great Plains. When a drought began in the already arid region, the unanchored soil calcified, turned to dust and was swept away, accumulating and wreaking havoc to communities spanning five states. How was the country rewarded? A new record high of wheat was produced – more than 250 million bushels harvested – but with low prices and lack of buyers, thousands of tons of wheat were stored and deteriorated into waste, as millions of Americans starved during the Great Depression (millions of farm animals were also slaughtered and thousands of gallons of milk poured down the drain due to overproduction).

What is the next man-made disaster that will have catastrophic and irreversible effects on the environment Homo sapiens call home? How might the free-market economy, bound by the laws of supply and demand and personal interest lead us down another dangerous rabbit hole that we might not escape?

As the climate crisis expands, unresolved by the Paris Agreement, industrialized nations around the world continue to emit large amounts of CO2 into the atmosphere and destroy the environment that millions of species depend upon for survival. Global temperatures continue to rise, with 2016 as the current placeholder for the hottest year on record (the third year in a row). The polar ice caps continue to melt at an alarming rate, with Arctic ice disappearing at a faster pace than predicted, worsened by the release of gases trapped in the ice for thousands of years. It is reasonable to assume that the climate crisis will snowball or tailspin out of total control.

Earth Systems Science (ESS) is a relatively new approach to analyzing the interactions between each of the seven spheres of the earth and human societies. It entered the annals of NASA research publications in the 1980s and has been highly influential in considering the causes and consequences of climate change on the earth. The seven spheres: the atmosphere, hydrosphere, cryosphere, geosphere, pedosphere, biosphere, and magnetosphere are considered here in tandem, while previous scientific methods tackle subject matter within only one or another sphere. ESS is characterized by treating the earth’s spheres as a complexity: a system with many components that interact to produce emergent properties that cannot be delineated or reduced to the summation of the individual component processes. The history of science is of reductionism, where scientists reduce something to its smallest parts to better understand how something works. Complexity within the earth’s systems means that these emergent properties cannot be understood or predicted in a linear fashion – our understanding of human history and human time has to adapt if we are ever going to deal with climate change and the Anthropocene as a united species.

For most of history, nature and the environment has been treated as a neutral backdrop within which human history and human agency have developed. The climate crisis has shaken this homocentric way of thinking; accepting the complexity and variability of the earth is vital to moving forward and maintaining relative stability for life on earth. ESS and the concept of the Anthropocene are being employed to help conceptualize a way of understanding and dealing with the climate crisis. Many climate scientists have proposed the Anthropocene as a new geological age to replace the current age known as the Holocene (a little over 11,000 years old). The Anthropocene is characterized by a rapid decrease in biodiversity and a rapid increase in atmospheric carbon dioxide (CO2) content. For the last million years CO2 concentrations have varied between 180 ppm and 280 ppm; as recently as 2013, anthropogenic net emissions are clocked in at 400 ppm – a large deviation correlated to human action since the Industrial Revolution. The Working Group on the Anthropocene introduced formal recommendations to the International Geological Congress in late August 2016. Following World War II, the last empires of Europe and Asia fell apart, new nations formed, and technology spread across the globe through the unfolding of the capitalist global market economy. The proposed date for the Anthropocene is 1950 because the majority of emissions has occurred since the Great Acceleration, which is when the technology of the Industrial Revolution reached the far corners of the earth.

How are the most powerful and industrialized nations dealing with the climate crisis? What steps are we taking as a species to protect the future of the planet? Relatively speaking, not much at all has been done. Vast quantities of money, resources, and time have been employed in developing war technologies, exploring space, and birthing artificial intelligence rather than dealing with the dangerous developments of Mother Nature. Why is that?

Part of the reason lies in the close ties between scientific research and development, and the capitalist economy. In Sapiens, Yuval Harari contends that science should be added to the popular term “the military-industrial complex.” Harari argues that scientific innovation has been fundamental to the growing global economy. For most of the last 10,000 years humans have had little faith that they would be better off in the future. Most people saved their resources for harder times to come, and partook in religious and social contexts that established people in static positions. Anything that was unexplained and left untreated by God (in the scriptures) was unimportant to life. Science broke this train of thought and illustrated that the economy could grow, new things could be learned and better ways of life existed, or so the theory goes. Since rulers and governments have understood the power of science they have funded and paved the way for innovation – innovation to suit their particular needs. This is clearly outlined in the development of modern weaponry, medicine, aerospace (the Space Race), and other technologies.

Don’t get me wrong; developments in space travel/exploration, and robotics are great uses of both public and private resources. But it is important to realize that these trends are not set based on analyses of importance: to life on earth, standards of living, or human knowledge, et cetera. Nor are scientists in control of what they end up producing or developing. Which projects win funding depends on government and market forces, and is mostly out of control of any individual or a rational systematic approach.

It is a common misconception that we live in rational societies that will react appropriately to collective threats such as climate change. Too many scientists have adopted a naive view that once the facts are laid out beyond a shadow of a doubt, we will come together to solve the problem. Moreover, the fact that international relations and the organization of civilization are currently based on nation states isn’t helping the cause. Nationalism places us within a box that limits our ways of thinking and problem-solving. China and the United States don’t care if their emissions lead to catastrophic damage in other nations that sit close to the equator; instead of considering the effects of global warming on all humans, leaders are more worried about staying in the economic race and maintaining their power in international affairs. The probability that we might unite as a species to deal with climate change seems less likely than establishing a human colony on another planet or developing artificial intelligence. There are major developments in both these areas while other fundamental issues are left uncared for. We are also quite close to engineering superhumans. Dozens of authors are addressing these capabilities in new books, and hundreds of articles are published in science journals each year, outlining the rapid progress we are making.

For the sake of highlighting the imbalance in the subject matter of these technological breakthroughs, here are a few examples. Breakthrough Starshot is a $100 million project to use a laser (light propulsion) to shoot one thousand micro-spaceships (weighing only a few grams), which could travel to the nearest star in 20 years time, reaching 20% the speed of light. These minuscule “StarChips” will have the capacity to transmit important data using an on-board laser communication system. The European Union has awarded Henry Markram €1 billion to build “a working model of the human brain […] and simulate it on a supercomputer within the next ten years.” One founder of the Human Genome Project, George Church, has proposed that Neanderthals could relatively easily be resurrected through “an extremely adventurous female human.” The U.S. military is investing in DARPA to create cyborgs by connecting a soldier’s brain to computers. Tech billionaires are currently investing to increase the human lifespan through regenerative medicine and nanotechnology that could make humans a-mortal.

What remains in short supply is the wider ethical discussion in the public sphere. The leaps and bounds made in science technology are, again, not controlled by any single person, nation, committee, or organization. It is vital that our diverse societies address the ethical implications of scientific advancements on the climate crisis. The idea that it might be easier to shoot a micro-spaceship into space at 20% the speed of light than to stop the poaching of endangered species or end extreme poverty is somewhat dumbfounding and reflective of the incongruity of human progress and international relations. A greater effort needs to be made to overcome the gaps between nations and to treat climate change as a fundamental issue facing the earth, and life as we know it.