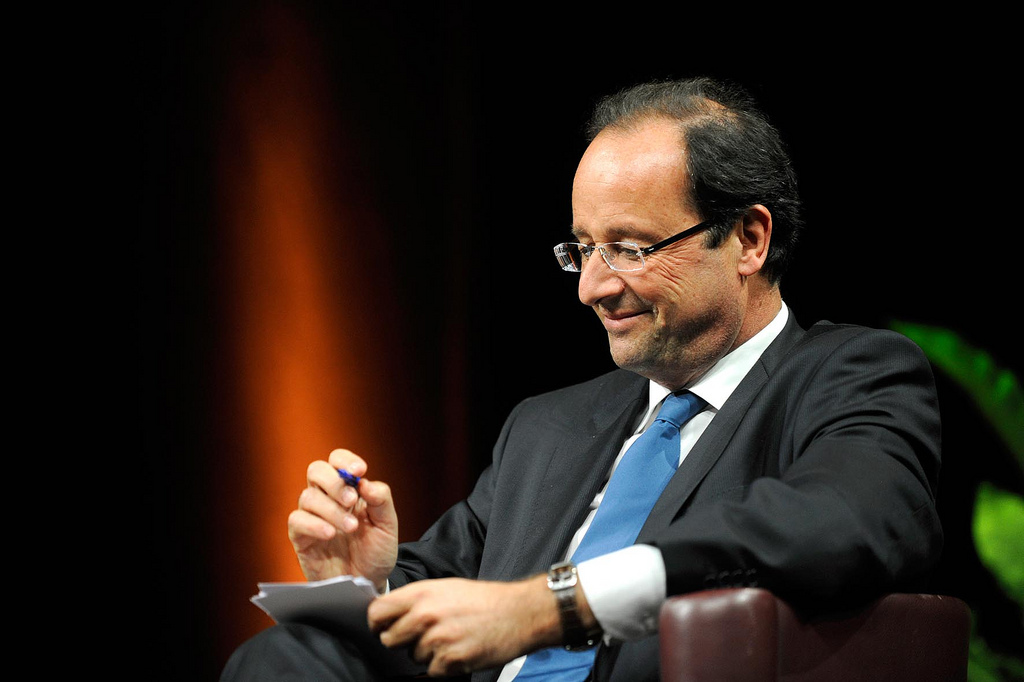 With a mere 4% favourablity rating and the media disaster caused by the publication of the book Un président ne devrait pas dire ça (“A President Should Not Say That”, a collection of interviews given throughout five years to two journalists of Le Monde), François Hollande wraps up his term to the greatest extent of his unpopularity.

As Hollande collapses, other facets of the French political landscape are following him, starting with the left-wing parties. His chances at another five-year term now compromised, the left disintegrates and struggles to find its champion for the presidential elections: Manuel Valls, as unpopular as his boss? Emmanuel Macron, who left Hollande to create yet another shade of left? Ségolène Royal, Arnaud Montebourg, Mélenchon, Taubira, Vallaud-Belkacem? Hollande was the keystone uniting the socialists, communists, ecologists, socialist “frondeurs” and the centrists, but his latest declarations have both alienated him from his followers and lifted the veil on their harmony.

As always, the public opinion is focusing on the Front National (FN), which is certainly gaining ground yet which remains a spectre accused of being the main enemy of democracy. Rather, the parties resemble one another too much. In the book, Hollande himself claims to be sceptic about the issue immigration: “I think that there is too much inlet, too much immigration which should not be here” (“Je pense qu’il y a trop d’arrivées, d’immigration qui ne devrait pas être là”). The discrepancy between what he did during his five-year term and this rather cynical statements left everyone abashed. The progressive candidates, such as Macron, keep on promising another type of democracy in order to “unblock” France, yet are unable to outline their program other than in ambiguous terms. The FN, for its part, has the same economical agenda of interventionism and increasing taxes as Hollande did, and the Republicans (LR) fluctuate between anti-liberal radicalism (Jean-Frédéric Poisson) and hesitant centrism (Alain Juppé).

Yvan Rioufol thus writes in Le Figaro: “The cautious, centrist path of Alain Juppé, paying off in the surveys, gives in fact an answer to the undecided [public] opinion, ready to endorse the status quo and the blur” (“La prudente voie centriste d’Alain Juppé, payante dans les sondages, répond davantage à une opinion incertaine, prête à avaliser le statu quo et le flou”). The French recent non-vote at UNESCO is thus modelled on this current mindset: indecisiveness. It is a frightening thing to see that Hollande was the perfect fit for this mentality. In the book, he never says what he wants to achieve as a president, i.e. a project he would wish to implement or issues he would like to fight, but rather appears obsessed by his public image and his close relations: Short-sighted populism 101.

Using populism and shocking quotes is nothing new to politics. What matters here, however, is that our politicians (FN, PS, and LR alike) are the symptoms, and not the cause, of what is wrong in France. The welfare state and the “vivre-ensemble” (“live-together”) are at a stalemate, as Calais is being dismantled and its inhabitants dispatched to reluctant regions, and as unemployment, taxes, protests and delinquency keep on increasing. And while the left is going down and the voters choose not to really choose, this week ironically marks the centennial of the birthday of François Mitterand, remembered as the ideal of a left-wing French president.