Environmental Peacebuilding in the Middle East: The Bridge Between Climate and Conflict 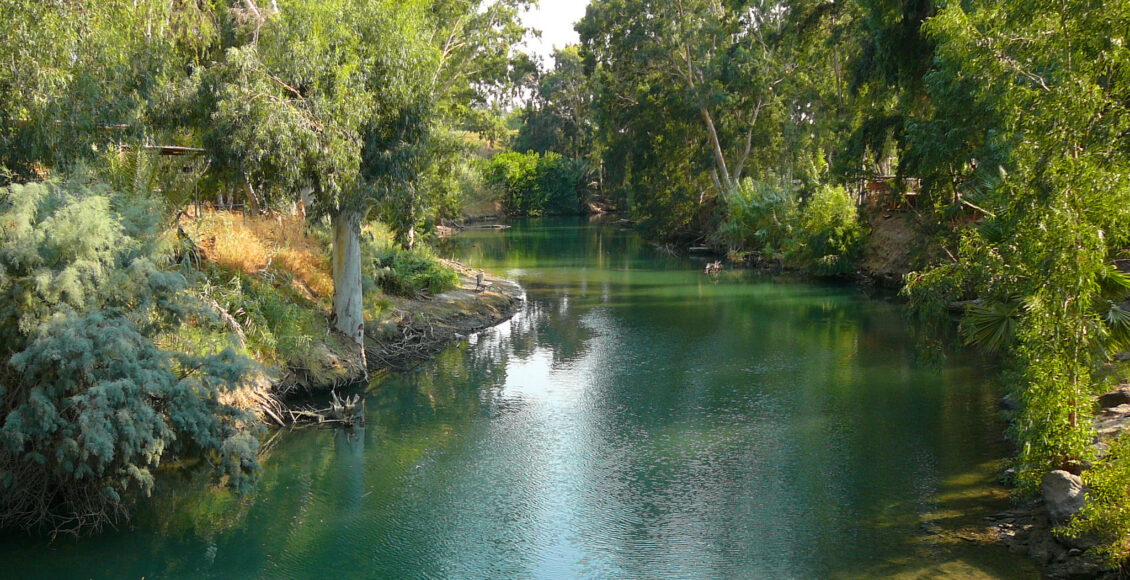 The River Jordan, which runs along the border between Israel, the Palestinian West Bank, Jordan, and southwestern Syria.
Share

In recent years, environmental challenges such as climate change, water scarcity, food security, and land degradation have increased competition over resources in the Levant. Environmentalist peacebuilders in the region, however, view these environmental issues as an opportunity for cooperation rather than conflict. The work of organizations such as EcoPeace Middle East highlights how environmental peacemaking can serve as a bridge between sustainable resource management and the peacebuilding process in the region. EcoPeace Middle East, a Jordanian, Palestinian, and Israeli environmental peacemaking organization, aims to protect their shared ecosystem through the promotion of cooperative, cross-border, and grass roots efforts. The trilateral organization incorporates resource management into local peacebuilding strategies to support security, humanitarian, and development objectives. EcoPeace is based on the principle of environmental peacebuilding, which views common dependency on natural resources and the need for a healthy environment as a facilitator for joint collaboration, and ultimately, a way to foster lasting and sustainable peace in conflict regions. According to Gidon Bromberg, the organization’s Israeli director, the environmental challenges in the Middle East offer the potential for mutually beneficial cooperation between Israel and its Arab neighbours, especially with regards to their shared water resources.

EcoPeace was founded in 1994 and is co-directed by Gidon Bromberg of Israel, Munqeth Mehyar of Jordan, and Nader Al-Khateeb of Palestine. Since its founding, the region has undergone significant turmoil and the Israeli-Palestinian conflict has only continued to heighten. Yet even as the Oslo agreement deteriorated and the prospect of peace unraveled, the partnership within EcoPeace has sustained. Non-governmental organizations have had the unique ability to build foundations for peace through their own grassroots initiatives and bottom-up approaches. In the midst of the unprecedented violence following the Second Intifada, EcoPeace undertook a leading role in peacebuilding through integrative cross-border dialogue, confidence building and cooperation activities within communities. The key challenge the organization faces today is their ability to demonstrate that political, economic, and social cooperation is both possible and beneficial to all parties amid the ongoing conflict.

Palestinian involvement within EcoPeace and the broader international environmental movement evokes important questions of statehood and the transboundary nature of climate change. Although the State of Palestine signed and ratified the Paris Agreement on April. 22, 2016, its ability to take climate action within its borders is severely limited due to Israeli military occupation. Situated in one of the most climate-vulnerable regions in the world, Palestine’s lack of sovereignty over its natural resources and national borders has hampered its ability to adapt to climate change and implement climate plans and strategies. The Palestinian Authority thus plays a peculiar role; it is tasked with mitigating climate risks yet its actions are impeded by a lack of capacity building, finances, and independent political will.

In spite of the challenges the Palestinian government faces in taking climate action, the environmentalist peacebuilders of EcoPeace argue that solving the climate crisis and the Israeli-Palestinian conflict go hand in hand. The organization’s main efforts have centered around water diplomacy, referring to the use of diplomatic instruments for disagreements and conflicts over shared water resources with the aim of using water resource management to promote regional stability and peace. The primary focus has been the Jordan River — a water source bordered by Israelis, Palestinians, and Jordanians which is of significant cultural, religious and geographical importance to billions in the region. The river, which flows between the Golan Heights and Jordan to its east and Israel and the West Bank to its west, serves as one of the main sources of water for the surrounding territories. Unfortunately, in recent years, water diversion for domestic and agricultural uses, sewage runoff, and pollution have threatened irreversible damage to the River Valley. In the last fifty years, the Jordan River’s annual flow has dropped from more than 1.3 billion cubic meters per year to less than thirty million cubic meters, which has had environmental, health, social, and economic repercussions. As the river is situated in a conflict zone, attempts to rehabilitate it are especially complicated.

EcoPeace has played an essential role in leading the effort to restore the River through developing treatment plans at the municipal level, launching a multi-faith based advocacy campaign, and founding the “Good Water Neighbors” Youth Education Program. The Good Water Neighbors project is a regional grassroots program that seeks to raise awareness of shared water problems and is carried out in fourteen cross-border Israeli, Palestinian, and Jordanian communities along the Jordan River. The project utilizes the mutual dependence on shared water resources as a basis for developing dialogue and cooperation and empowers youth and municipal leaders through various environmental campaigns; these activities aim to engage communities in sustainable efforts and simultaneously break down preconceived notions and prejudices about their neighbors.

EcoPeace’s initiatives have produced a healthier and more sustainable Lower Jordan River. After a decade of work, in 2013, the Israeli Water Authority permitted the release of fresh water into the Jordan River for the first time in 49 years. Israel allocated nine million cubic metres (mcm) and committed to 30 mcm per annum in the near future, setting important precedents for future allocations. While these numbers fall short of the 400 mcm needed to maximize the river’s economic benefits, it was an important move towards ecologically rehabilitating the river. In 2015, EcoPeace released the first “Regional NGO Master Plan for the Sustainable Development of the Jordan Valley,” which lays out scientifically and economically feasible policy recommendations behind the NGO’s vision for the Jordan Valley. The document also highlights the essential nature of the Jordan Valley for Palestinian prosperity; the valley offers food security, access to water, and the potential for tourism. A rehabilitated Jordan River thus is essential to a developing Palestinian economy. EcoPeace aims to gather the support of the Jordanian, Israeli and Palestinian governments, as well as the broader international community, and utilize this plan as the blueprint for the strategic revival of the Jordan River.

Recent political moves such as Israeli Prime Minister Benjamin Netanyahu’s plan to annex the Jordan Valley threaten to intensify conflict over water resources. Netanyahu’s pledge to bring the Jordan Valley “under Israeli sovereignty” would comprise almost a third of the West Bank. The Jordan Valley is territory which Israel captured during the 1967 Arab–Israeli War and since has controlled. Currently, the West Bank as a whole is under varying degrees of Israeli control, with some areas governed by the Palestinian Authority. With annexation, Netanyahu would be making the Jordan Valley an official part of Israel. The annexation would cut off the West Bank and thousands of Palestinians from the River Jordan, which feeds over 80,000 hectares of agricultural lands and fish farms. The move would not only impact the livelihood of the Palestinians living in the territory, but it could threaten Israel-Jordan relations and their relatively long-standing peace. Additionally, the annexation would effectively destroy any remaining hopes for a two-state solution. In light of Israel’s potential annexation policy, grassroots initiatives are more important now than ever before in order to continue fostering cross-border understanding and collaboration between Israeli, Palestinian, and Jordanian communities from the bottom-up. Rather than being viewed as an issue which heightens conflict, environmental challenges such as resource scarcity and the impacts of climate change should be understood as a bridge to build collective environmental action and peace across the Middle East.

The featured image, “Jordan River,” by Cycling Man is licensed under CC BY-NC-ND 2.0.