Environmental Regression in 2017: What Needs to Change 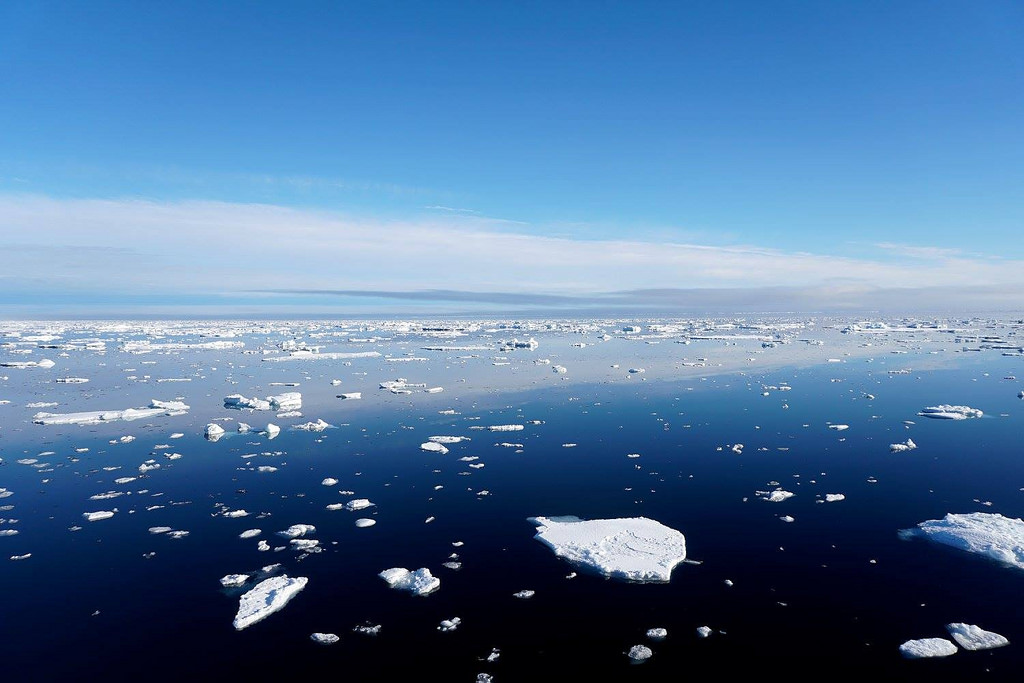 Have we reached the point where we can do nothing to stop climate change? In November 2017, over 15 000 scientists published a letter titled: “World Scientists’ Warning to Humanity: A Second Notice” in the scientific journal BioScience. The first notice, published in 1992, was signed by over 1700 scientists. Scientists have been warning us for decades about global warming so there is really no doubt about the fact that climate change is “evidence-based” and “science-based” — both words that have recently been banned from usage in budget documents from the Centers for Disease Control and Prevention, by US President Donald Trump. This censorship is representative of the attitude that the Trump administration has on climate change contributing to and leading the environmental regression in 2017. Any much-needed progress in national and international action against climate change has severely deteriorated due to the Trump administration this year. In May, the steep budget cuts to environmental programs foreshadowed the regression of any environmental action that Obama’s policies put into place. Since then, the Environmental Protection Agency has begun rolling back the Clean Power Plan put in place by Obama’s administration. On December 19th, his administration revealed its new national security strategy and missing from it was climate change action.

Trump’s most notable action against climate change this year was pulling out of the Paris Climate Agreement. Syria, the only other country who did not sign the agreement, did so November 7th, and thus, the United States has now become the only bystander to this international agreement. This comes at a time where climate change is alarmingly evident. Phrases like “record breaking” and “warmest on record” are becoming common place. The number of climate-related disasters world wide, has more than tripled since the 1980s. There is a higher number of hurricanes, heat waves, droughts, forest fires, floods, and landslides.  Each year has been documented as warmer than the last. Global atmospheric carbon dioxide levels are at a record high, which is in tandem with fossil fuel burning hitting a record high this year as well. The effects of warmer waters has led to coral reef bleaching and has resulted in ice caps melting faster. This will inevitably lead to an increase in sea-levels, as a result of which will flood coastal areas and make them unstable.

An upsetting effect of warmer temperatures and ice melting seen this year was the breach and flooding of the Global Seed Vault. The Global Seed Vault is located on the island of Spitsbergen in Norway. It is the world’s largest secure seed storage that was started by the Norwegian government in 2008. The purpose of the vault is to safely store seeds in dry rock vaults for the long term as a global backstop. The Vault holds 4000 different plant species of essential food crops. The safe was flooded when the permafrost around the vault melted and the meltwater breached the vault. Fortunately, the water froze in the tunnel leading to the vault but it is ironic to see efforts to save humanity being foiled by humanity itself. It is especially concerning considering the fact a rise by two degrees centigrade above pre-industrial levels would result in irreversible change. The United Nations Framework Convention on Climate Change (UNFCC) and other scientific critiques now deem 1.5 degrees centigrade as a dangerous limit. Recognizing that this is the current position that we are in we are at the threshold where we must decide. So what exactly have we done this year and what do we need to do before it’s too late?

This year, the most international cooperation was seen at COP 23, the annual “conference of parties” under the UNFCC hosted in Bonn. The current goals outlined by the Paris Climate Accord is to keep global warming below 2 degrees Centigrade with a long term goal for net zero emissions and to effectively phase out fossil fuels. This year, the main outcome was the “Powering Past Coal Alliance” led by the United Kingdom and Canada which aims to phase out traditional coal power by 2030 and to place a moratorium on new traditional coal power stations that do not have carbon capture and storage. Though this was a highlight of the conference, it was clouded by conversations about the 2020 goal of procuring $100 billion per year in climate finance. It was pledged by developed countries in 2009 and with the United States as a main pulling out, this has complicated the goal. Another outcome of the conference was the agreement from parties to work on conversations about the link between climate change and agriculture. This is especially important seeing that climate change could have adverse effects on food security and the emissions that come from agriculture. COP 24 will be held December 3rd -14th, 2018 in Katowice, Poland where the Paris rulebook will be finalized.

While international agreements play a large role in facilitating action against climate change, it is up to nations themselves to do their share. Hence, as one global leader fails the movement to address climate change, others have stepped up. This year French President Emmanuel Macron helped draft policies to give $1.7 million in research grants to 18 climate scientists to “make our planet great again”. Countries like Norway, France, Netherlands, United Kingdom, and Belgium have put into place policies to phase out vehicles with internal combustion engines. This is a policy that has bolstered change in national attitudes on green energy and has helped achieve emission targets.

What Needs to Change

One of the major issues with the dialogue on climate change is the idea that the responsibility to take action is in the hands of individuals. Most people are familiar with the three R’s: reduce, reuse, and recycle; but that can only do so much in making a dent in our global collective action to address an international problem. According to the journal Environmental Research Letters study from Lund University, the four actions that most substantially decrease an individual’s carbon footprint include: “eating a plant-based diet, avoiding air travel, living car-free, and having smaller families.” It is clear that these actions are not feasible for people who either rely on these aspects for their livelihood or cannot access alternatives. Why would we expect individuals to make such life altering choices when, according to the Carbon Majors Report, in 2017 just 100 companies were responsible for 71% of global carbon emissions. Mainstream environmental groups, the news, and civil society continue to perpetuate this idea that only we can make incremental change in the fight against climate change. But while we individually busy ourselves with making greener decisions in our personal lives, it is highly problematic and hypocritical for corporations continuing their unsustainable practices and often do not holding any environmental standards for the sake of profit.

An article from The Guardian titled, “Neoliberalism has conned us into fighting climate change as individuals,” draws the connection between the dominant school of thought in the 1980s as the foundation for institutions today that bolster this narrative, where the responsibility of “going green” lies on consumers when it is the industries and transnational corporations that are responsible for a majority of the contributions to global warming. The acceptance of a system of self interest and privatization has alienated the concepts of collectivization and compassion — both of which are necessary to address climate change. Neoliberalism combined with late-stage capitalist consumerism means that many individuals will not feel an obligation or are not in a financial position to push for or take part in climate change action without proper monetary or societal incentive. Neoliberalism creates hyper-individualism and as Margaret Thatcher concisely put it: “there is no such thing as society.” This system is also designed to create profit off of oppression and bolster inequality to create a cycle of dependence. Thus, choosing a greener lifestyle or calling for climate change action is more accessible to those with privilege. For example, it is far easier for one to make a change from a gas fueled car to an electric if they have the class privilege to make that transition without large financial burden. As the world becomes more interconnected our problems become more interconnected as well. Without international collaboration they will continue to be effectively addressed without this change.

Additionally, climate change is now being dangerously utilized as a partisan issue. Collectivisation, collaboration and compassion are inherently polarized to the ideological foundations of the right. Thus, it makes sense that Trump and other right wing politicians deny climate change. To address climate change we would have to use values that oppose neo-liberal and populist ideologies. The adamant denial and skepticism of climate change by those involved with high carbon emission industries and right wing governments have bolstered a sense of indifference towards climate change. Which is highly dangerous to the movement to address climate change. We cannot let indifference prevent us from asking questions like: Why do we accept the steady rise in food prices? Why is the weather more unpredictable than ever? Why are crop yields that we rely on for food security going down? How are we fine with paying higher prices for unrenewable fossil fuels and public transport?

We are stuck right now in a place where we are simply not doing enough and in the words of Naomi Klein “we are stuck because the actions that would give us the best chance of averting catastrophe – and would benefit the vast majority- are extremely threatening to an elite minority that has a stranglehold over our economy, our political process, and most of our major media outlets.” Therefore, if we recognize the need to take immediate action against climate change we must also change our attitudes on how that is implemented by shifting the burden of responsibility onto corporations to affect greater change and to address the ideological system that has contributed to our current global biological downfall.