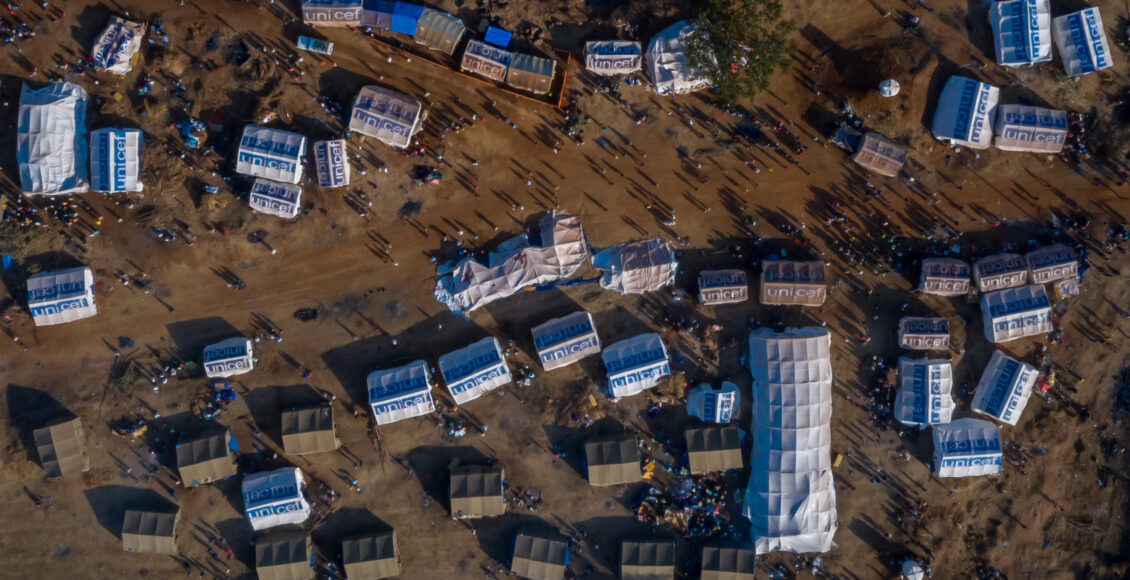 A year after his appointment as Prime Minister of Ethiopia, Abiy Ahmed Ali was awarded the 2019 Nobel Peace Prize for his role in resolving the nation’s long-lasting dispute with neighbouring Eritrea. Not even two years later, he has plunged the country into civil war. As a result of his decisions, millions of Ethiopian civilians now face one of the worst humanitarian crises worldwide.

The nation’s ruling political coalition, the Ethiopian People’s Revolutionary Democratic Front (EPRDF), named Abiy Prime Minister in 2018, a week following his election as their chairman. His designation marked the first time an Oromo, a member of the country’s largest ethnic group, held power in thirty years of the EPRDF’s rule. Upon taking office, Abiy made several remarkable changes in the country’s political landscape: he began appointing women to leadership positions, led a successful initiative for peace with Eritrea, took steps towards ensuring independent media and promised free and fair elections. However, to the authoritarian Tigray People’s Liberation Front (TPLF), Abiy’s efforts to lead Ethiopia towards more democratic governance were seen as attempts to reduce their influence within the government.

Refusing to abandon the old ruling coalition and join Abiy’s newly formed Prosperity Party, the TPLF fell back to the only area under their control: the northern Tigray region. In a clear demonstration of tensions between them and Abiy’s government, the Tigrayan rebels attacked a nearby military base belonging to the government in November 2020, justifying such a strike by stating that they had done so to prevent what they believed to be an impending invasion by federal forces. In response, the Prime Minister launched a military offensive into the Tigray region, setting off an escalating conflict that would lead the country straight into its current situation: facing an increasingly destructive humanitarian crisis.

The choices made by Abiy since the conflict’s start have been motivated by government interests, to the detriment of the responsibility he has to protect the people of Ethiopia. Abiy’s desire to maintain his hold on power and restrict the TPLF’s influence was a significant factor in his decision to join forces with Eritrean troops — despite their reputation for horrific human rights violations — and deploy them against the Tigrayan minority. As a result, unprotected civilians caught in the middle of the conflict have experienced atrocious crimes at the hands of both Eritrean soldiers and the Ethiopian National Defence Forces (ENDF). These have, in part, led to a man-made famine as the agricultural-based livelihood of Tigrayan residents is increasingly threatened by the widespread destruction of their land. With both him and Eritrean dictator Isaias Afwerki benefiting from this alliance, Abiy has shown little remorse for advancing his political objectives at the expense of innocent bystanders.

Because of ethnically motivated actions, over 60,000 Tigrayan refugees have been forced to flee to Sudan to escape torture at the hands of Amhara militias. Currently allied to Abiy’s government forces, the Amhara ethnic group is another of Ethiopia’s most significant and valuable actors in the Prime Minister’s objective of regaining control over Tigray and uniting the nation under a single government. The Amhara troops are fueled by a longtime rivalry with the TPLF over territorial disagreements regarding the current Tigray region, which they have stated includes districts that belonged to them before the EPRDF’s takeover in 1991. These motivations additionally contributed to the Ethiopian forces’ participation in the Eritrean-led genocide in late November 2020, when the Tigrayan town of Axum suffered widespread shelling, looting, and the brutal massacres of hundreds of their residents. These abuses have only further highlighted the divisions present in Ethiopia, with a clear demonstration that Abiy will not stop ethnic cleansing at the hands of Amhara and Eritrean soldiers. Despite having won a Nobel Prize for forging peace with Eritrea, he has struggled to bring the same degree of unity to his diverse nation, with his political gains coming before the wellbeing of all ethnic groups under his rule.

In recent months, aid agencies allowed into Ethiopia have seen an excessive number of civilians in danger: their reports have shown almost two million people forcibly displaced into neighbouring countries, 350,000 facing a disastrous famine, and widespread accounts of war crimes by Eritrean troops, including the use sexual violence as a weapon of war. These atrocities are furthered by the fact that the very soldiers committing them are also blocking efforts by relief organizations to send food and material assistance to the region, such as those led by the United Nations (UN) and its specialized agencies. A humanitarian aid official who spoke on the situation believes this is a clear attempt to starve the Tigrayan opponents into submission. In light of these crimes, nations worldwide have called for the removal of Eritrean forces from the northern Ethiopian region. However, their expressions of concern are far from the concrete actions needed to truly make a change.

Abiy’s affiliation with the Eritrean dictator and Amhara militias at the start of the Tigray war— an alliance which he deemed politically profitable enough to ignore the humanitarian repercussions it could engender — may soon endanger his hold on power within Ethiopia. Recent updates of the conflict announced a TPLF victory at the end of June. The recapture of their regional capital in Tigray marked the defeat of Abiy’s federal forces. However, he attempted to frame it to his advantage by simultaneously calling for a unilateral ceasefire and stating that his troops were retreating to allow for humanitarian aid to reach the region in crisis. Nonetheless, the TPLF regaining control of their regional capital is likely to be the event that offsets the precarious balance that had kept Eritrean, Amhara, and Ethiopian troops together. With the sole common enemy now technically out of the picture, the support Abiy had garnered based on a shared objective will rapidly subside. The situation regarding the TPLF’s hold on power remains the same as it was eight months ago, only Abiy has now been internationally condemned for his decisions — having lost the respect he gained in 2019 with the Nobel Peace Prize — and heads an increasingly unstable, divided nation in dire need of reconstruction. With the conflict highlighting the nation’s different ethnic groups, Abiy’s original promise to bring peace and unity to Ethiopia is further than ever.

This situation – a leader praised for democratic advances or peaceful initiatives and later rebuked following a failure to uphold such standards – is not new. Most recently, Aung San Suu Kyi, the former State Counsellor of Myanmar, was criticized for her silence over the ethnic persecution of the Rohingya minority by the Myanmar military. These instances demonstrate that corruption can be present despite a ruler’s success in achieving peace within a certain situation. Taking the first steps towards democracy or peaceful accords does not necessarily guarantee that such leaders will maintain this stance. Making politically motivated decisions at the expense of civilians’ human rights is a clear demonstration of their true motivations in leading the nation.

Featured image by UNICEF Ethiopia is licensed under CC BY-NC-ND 2.0.