What Can Europe’s Centre-Left Learn from the Communist Manifesto on its 170th Anniversary? 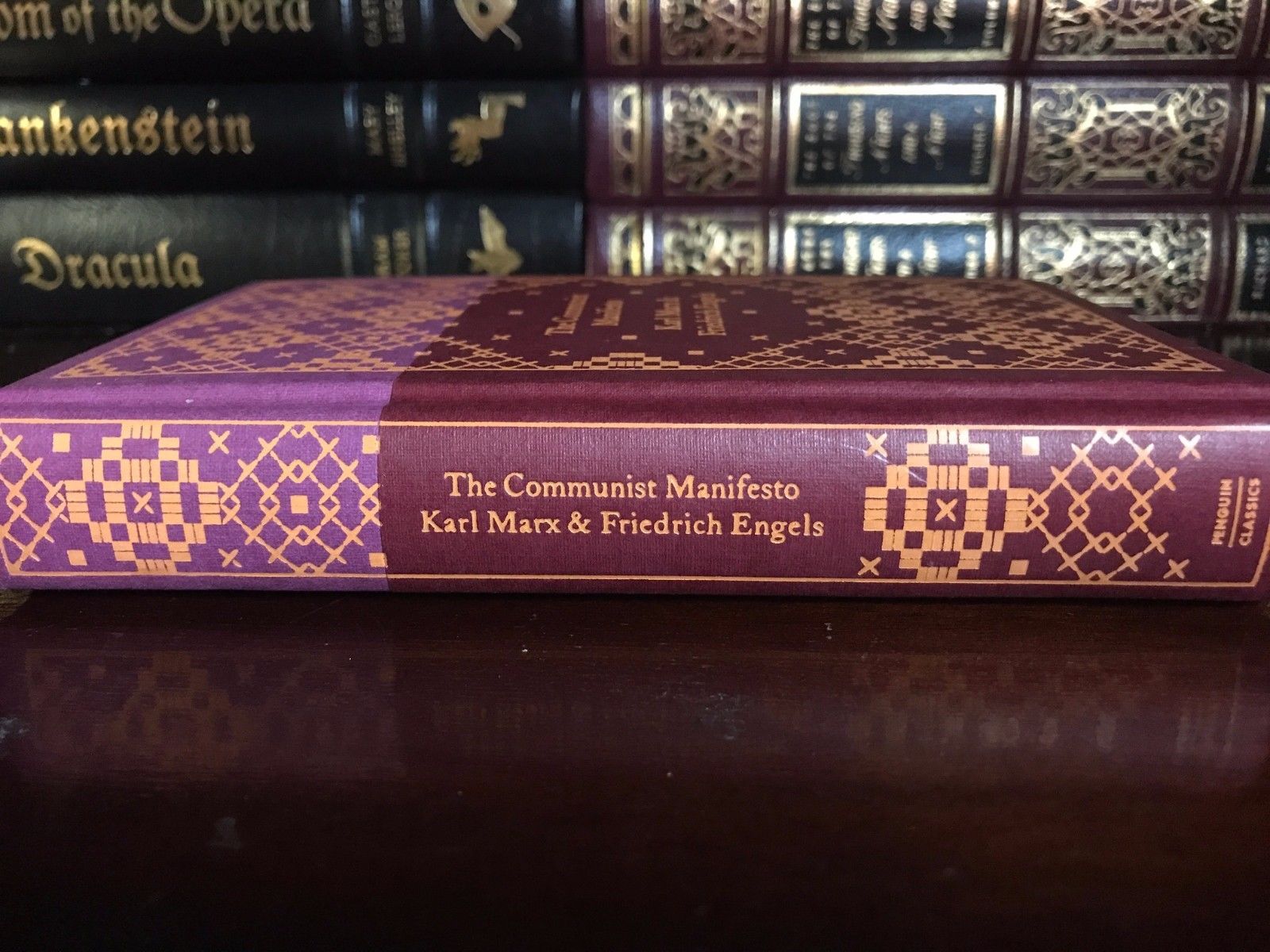 Throughout 19th century Europe, suffrage was restricted to the property-owning middle and upper classes. As a result, the dominant liberal and conservative parties across Europe had no impetus to introduce policies to help the working class. The United Kingdom Whigs (forerunners to the Liberal Party), introduced the 1834 Poor Law, which abolished outdoor relief to the poor, leaving only one form of relief: the dreaded workhouse. Similarly, in 1848, France’s Party of Order shut down the National Workshops, which were state-owned industries that provided the working class with employment. That same year, the Communist Manifesto was published – 170 years ago on February 21st. The Communist Manifesto recognized the working classes’ suffering and created a platform for their betterment, proposing the radical redistribution of wealth through “ownership of the means of production”. This platform would be adopted by many groups seeking the betterment of the working class, who would later come together to form Europe’s modern centre-left parties. The UK Labour Party was formed in 1900 by the British Socialist Party, the middle-class Fabian Society, the Independent Labour Party and the Trade Unions. Clause IV of the Labour Party’s constitution firmly embraced Marx: “To secure for the workers by hand or by brain the full fruits of their industry and the most equitable distribution thereof that may be possible upon the basis of the common ownership of the means of production, distribution and exchange, and the best obtainable system of popular administration and control of each industry or service”. In France, the Communist Party and wider hard-left were co-opted into an alliance by François Mitterrand of the Socialist Party. This alliance would win Mitterrand victory in the 1981 French Presidential election.

The UK Labour Party’s 1945 election manifesto summed up the feelings of many throughout Europe who had suffered six years of deprivation and hardship through the Second World War:

“The nation wants food, work and homes. It wants more than that – it wants good food in plenty, useful work for all, and comfortable labour – saving homes that take full advantage of the resources of modern science and productive industry. It wants a high and rising standard of living, security for all against a rainy day, an educational system that will give every boy and girl a chance to develop the best that is in them.”

This led to a partial adoption of a key Marxist policy of ownership of the means of production. Beginning with health, transport, mines, electricity, telecommunications and steel works, the new Labour Government started a programme of nationalisation. This was copied across Europe; in France, car manufacturers and electricity generation were nationalized while in Spain it was the airlines and telecommunications.

For the next thirty years there was a broad Post-War consensus, with both the Labour and Conservative parties in the UK supporting or accepting “ownership of the means of production”, with industries, including ship building, automobiles, and aircraft manufacturing, being nationalized. This consensus came to an abrupt end with the election of the Conservative Party in 1979 under Prime Minister Margaret Thatcher. Thatcher implemented a neoliberal revolution with a wave of privatization and deregulation. The backlash against Thatcher’s neoliberal revolution was to come in the 1997 UK General Election, where Tony Blair and New Labour came to power in a landslide. Yet, this was not the Marxist Labour Party of the Post-War Consensus. In 1993 Tony Blair had reworked Clause IV of the Labour Party Constitution, removing its commitment to nationalization, hence Thatcher’s privatization was not reversed. Indeed, one leading Labour Government Minister Peter Mandelson said New Labour was “intensely relaxed about people getting filthy rich”. In Germany, the Social Democratic Party (SPD) and Green Party Coalition under Chancellor Gerhard Schröder implemented drastic cuts to pensions and the healthcare system. Europe’s centre-left defiantly abandoned their Marxist roots, becoming little different from the centre-right parties they won power from. Is it any wonder that Labour came to be known as Blue (the colour of the Conservative Party) Labour?

Since 2010, it seems Europe’s centre-left fortunes, dominant at the turn of the millennium, have turned to decline. Gordon Brown, UK Labour Leader after 2008, received widespread praise abroad for leading a global response to the 2008 Global Economic Crisis (GEC). Yet domestically, he was widely criticised for bailing out the banks and failing to tackle rising unemployment rates. In the 2012 Dutch General Election, the Dutch Labour Party (PvdA) entered coalition as an equal partner with the liberal-conservative Party for Freedom and Democracy (PVV). The PvdA Leader received the Ministry for Social Affairs and Employment and implemented, as part of a regime of austerity, steep cuts to welfare that primarily impacted its electoral base: the working class. Both Labour in the UK and the PvdA lost their subsequent elections, the PvdA reduced from 38 seats to just 9, overtaken by the hard-left Socialist and Green left parties. The centre-left’s decline resulted from being blamed for the GEC, hurting their working-class base and failing to respond to the crisis in a centre-left manner, instead imposing a regime of austerity taken from the centre-right. Further notable centre-left defeats are the SPD achieving its worst result since 1945 in the 2017 German General Election. In the First Round of the 2017 French Presidential election, the Socialist Party finished fifth, overtaken by the centrist La République En Marche (LREM) and the far-left La France Insoumise. Marx introduces the Communist Manifesto with the line, “a spectre is haunting Europe, the spectre of communism”, but it seems the spectre that is haunting Europe today is that of the centre-left instead. Does the Communist Manifesto offer any ideas which, updated slightly, could offer a chance for the centre-left to reverse its decline?

Europe’s centre-left has dramatically promoted the European Union, with the SPD’s leader for the 2017 German General Election, Martin Schulz, serving as President of the European Union Parliament. Europe’s various centre-left parties, to paraphrase Marx, are ““reproached with desiring to abolish countries and nationality”, which has been exploited by various Eurosceptic parties, from the right-wing nationalist Alternative for Germany to the far-right French Presidential candidate Marine Le Pen. The question is: ‘Does the centre-left respond by continuing to embrace the EU, or adopting a more Eurosceptic platform to win support back from the Eurosceptic parties?’ The answer, as Marx puts it, is to “abolish countries”, that is, to embrace the EU. The EU could be used as an organization to strengthen workers’ protection, a role it used to fulfil, for example by mandating that the working week be capped at 48 hours. One way to “abolish countries” is providing more services at the EU level, enacting a proposal put forward by the Italian 5 Star Movement calling for an EU Welfare scheme. Welfare budgets have been cut by many governments as part of a regime of austerity, and an EU fund could go some way to offsetting domestic cuts or offering greater welfare support to those in EU member states who had poor pre-existing social welfare support systems. It is also in the vein of Marxism, facilitating the breakdown of national barriers and divisions that exist between countries, helping to promote the idea of a collective European people. This could go some way towards dealing with increasing Euroscepticism and xenophobia that exist in many nations of the EU.

Marx calls for the “centralization of credit in the hands of the state, by means of a national bank”. In reality this has been done via controls put in place by individual central banks, including the European Central Bank, although probably not quite to the extent he envisaged. It may be seen as too extreme to nationalize all banks, despite whatever bitterness Europe’s populations may hold over their role in the GEC and the fact that some have been effectively nationalized as part of Government rescue packages. Yet, there is another way to enact this line of the Communist Manifesto. Europe’s infrastructure is underdeveloped and behind the times; for example, the southeast of the UK has not had a new runway since 1945, and with airports full, extra capacity is badly needed. This is an issue in America and Canada as well, as anyone who has travelled on Montreal’s trains and freeways will have noticed. The primary reason is the regime of austerity which has restricted public investment. Yet, many European countries have lacked a mechanism or body to direct investment. The broad theme of a national infrastructure bank with access to the nation’s capital could fulfil this role, although there could be a role for private sector involvement to remain compatible with the neoliberal consensus. The UK Labour Party manifesto promised this for the 2017 and 2015 General Elections. There are several natural advantages of a national bank, not only of fixing infrastructure for the future but also acting as a stimulus for economic growth. In addition, electorally it would be beneficial for the centre-left, as the investments funded would provide the working class with employment opportunities. Governments are ultimately judged by the visible result of their ministry, and nothing would be more visible then national investment and new infrastructure.

While several parts of the Communist Manifesto such as the aforementioned hold relevance today, it is important to note there is no widespread support for the Manifesto as a whole. “Ownership of the means of production”, a key tenant of communism, proved a very popular part of Labour’s manifesto for the 2017 UK General Election with 53% of those surveyed supporting the promise to renationalize the railways and 65% favouring increased taxes on the top 5% of earners. However, this should not be taken as widespread support for Marxism, despite the Manifesto winning Labour its second highest vote ever. Support for rail nationalization has more to do with recent bouts of industrial action and fare increases, which paradoxically are a result of government policy rather than capitalism run rampant. No hard-left or openly Marxist party has ever taken more than around 10% of the vote at any European General Election. Die Linke in the 2017 German General Election achieved 9% of the vote while the Scottish Socialist Party, despite its 2002 Scottish Parliament General Election breakthrough, was subsequently wiped out at the 2007 election. As a result, no fully Communist or Marxist Party has ever been the dominant party of a fairly elected government in Europe.

Looking at Europe’s centre-left between 2008 and 2017, one wonders if there was any difference between the centre-left and centre-right. Both advocated and implemented austerity, cutting welfare and allowing Europe’s infrastructure to stagnate. It is time for the centre-left to re-establish its working class base and ideological distinctiveness. The concepts of a bigger state, greater welfare and health spending are in line with European public opinion, having been the most pressing issues in the two European wide-polls conducted in 2014 and 2016. The EU’s current soul-searching could be utilized by the centre-left to take this desire for increased welfare spending and support to the next level. The Communist Manifesto offered something new and exciting in 1848; its call for greater support for the working class and a bigger state could be a refreshing change after a decade of austerity. Marxism as a platform has constantly failed, but some elements have not; maybe it is time to adopt them. While this anniversary offers the chance to revisit Marx, it is not a time to resurrect him.