European Elections 2019: Something at Stake? 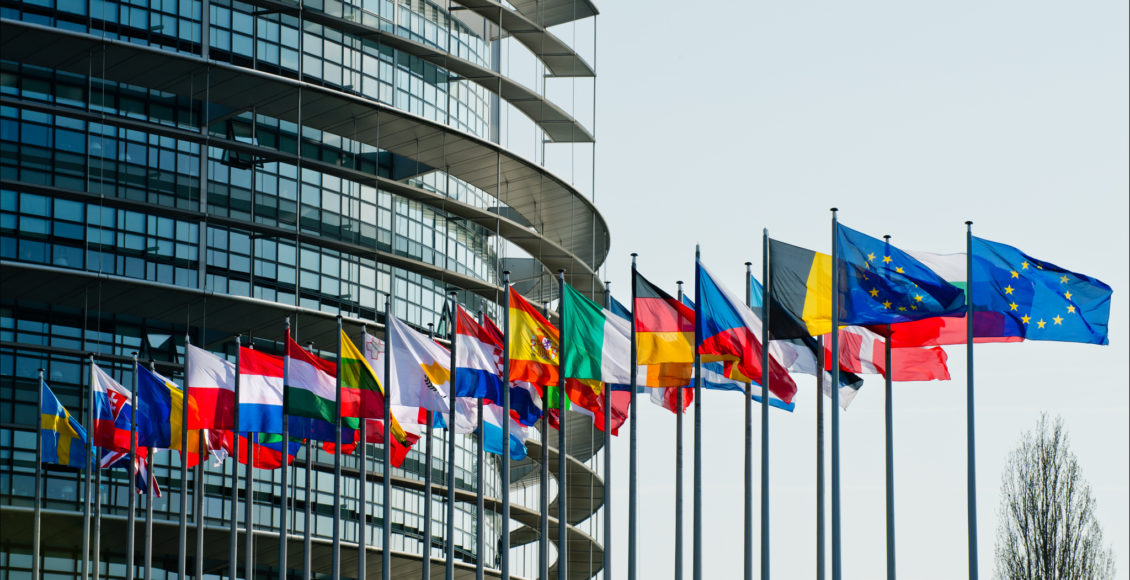 This weekend, more than 400 million voters were called to the polls to vote for the next European Parliament — the second-largest democratic electorate on the planet. However, indications are that a considerably smaller number actually did so: perhaps half, at most.

It’s an inconvenient and embarrassing figure for European leaders, who see their legitimacy chipped by the lack of engagement. It’s also a distressing figure for proponents of democracy in general: the European Union is responsible for genuinely important legislation that deeply affects the lives of its citizens, and the European Parliament, as the Union’s directly-elected body, is instrumental in shaping it. Parliament is also responsible for vetting and approving the European Commission — the Union’s executive, who sets the agenda and drafts all legislation. For these reasons, it certainly seems worth it for European citizens to read up on the issues and go out to vote.

European elections, however, have become “second-order elections”, more like American midterm elections than presidential ones; this has meant low participation and little engagement with Europe-wide issues. The Union’s leaders, of course, realize this — but their recent efforts to increase attention don’t seem to have had the desired effect.

The concept of the “second-order election” originated in 1980, as Karlheinz Reif and Hermann Schmitt analyzed the results of the first-ever direct elections for the European Parliament, and already noted that there were many differences from a typical national legislative election: turnout was lower, national governing parties took a disproportionate hit, while new and smaller parties performed well. (This is naturally a broad-strokes summary.) Because of this, they suggested, European elections should be analyzed the same way as regional or Senate elections are: as “second-order” national elections, rather than a supernational parliamentary ballot.

In their words, what these various “second-order” polls have in common is that voters believe there is “less at stake”: hence, fewer people turn out, voters punish the governing party in order to send a message, and more people are willing to give new, smaller parties a chance — no point in voting strategically for an election that barely matters. (Studies conducted in the decades since have held up these conclusions.)

This isn’t just simply an arcane political-science debate. Whether European leaders can claim some sort of “mandate” depends on if voters actually read European platforms and see this election as a way of shaping their future — or, instead, if it’s simply a very expensive way of sending a message to national governments. More broadly, it’s an indication of whether a “European demos” in search of a common purpose really is emerging, or if citizens still regard the national arena as the principal political stage and the European Parliament as a sideshow. Voters in Canada, by contrast, turn out roughly equally for both provincial and federal elections [1]: Canadians demonstrate that there can be two “first-order” elections; Europe just hasn’t gotten there (yet).

One major peculiarity of the European elections is that it is not a contest between a “European Social Democratic Party”, a “European Conservative Party”, and so on. Yes, Europarties do exist: various social-democratic parties from throughout the continent sit together in the European Parliament as the “Progressive Alliance of Socialists and Democrats” and tend to vote together as a bloc; greens, liberals, Christian Democrats, and so on do the same. However, come election time, each national party fights separately on their national terrain. And given that election pamphlets come from national parties and feature the faces of national leaders, perhaps it’s no surprise that voters then treat the election as “second-order”: as a referendum on the national government.

It’s an odd situation, and in 2014, the European Parliament made a bold move to alter it: each Europarty would put forward a “Spitzenkandidat” for Commission President (the EU’s chief executive) before the election, this candidate would lead the Europarty’s campaign, and the candidate whose party got the most votes would be sworn in. (The term roughly means “top candidate” in German; it’s pluralized with -en.) Through this mechanism, the European elections would come to resemble national elections: voters across Europe would actually have a leader and a set of policies to vote for, and this leader would have more legitimacy once in office. (Previously, the Commission President had been chosen through backroom horse-trading after the election.)

It was a noble goal, but in its implementation, the major party groups have fallen quite short. The major Spitzenkandidaten have ended up looking rather similar — old men, from the founding member states, with long careers in Brussels — and were chosen with very little public input or contestation. In both 2014 and 2019, the socialist leaders were elected unopposed, while this year, the conservative candidate cleaned up in elite endorsements so thoroughly that his competitor (younger, from a peripheral region, and more social-media-savvy) never had the chance to catch fire. It would be hard to fault voters from the east or the south for feeling excluded — keeping in mind that many of the Union’s bitter conflicts, from the eurozone to migration, take on north-south or east-west axes. Meanwhile, the lack of public input or true competition can’t have reassured those who see Brussels as a distant, bureaucratic structure.

To be sure, these elections’ low importance is due not just to procedure, but by the debate over issues as well. The major political families, from the greens to the Christian Democrats, all genuinely seem to believe that the EU should be given more power [3], be it to combat climate change, to secure borders, to stand up to tech giants, or to provide a single voice in foreign policy. It’s a weird dynamic — usually, in an election, some of the parties must actually defend a record rather than be purely aspirational — and it is due to the fact that, in the EU, the pace of change is driven less by a partisan agenda than by the necessity to find compromise across parties, member states, and institutions.

For the candidates on the debate stage, their main adversaries in the debate over the EU’s future are not so much each other, as the national governments — who, as voting members of the European Council, must agree to all EU decisions through supermajority. (These governments, of course, are unaffected by these Parliament elections and are motivated not by party discipline but their desire to protect their institutional powers.) The Spitzenkandidat process, then, determines which face will prosecute the “more-Europe” argument in Brussels. This decision does make a difference in some respects (the centre-left and centre-right candidates do have genuine philosophical differences, particularly on implementing European “social rights”), but this will not be the deciding choice in setting Europe’s course for the next five years.

In other words, the European Union is characterized by slow, gradual decision-making progress that proceeds apace regardless of European elections, and campaigns have been sleepy affairs where similar-looking Eurocrats agree on most things, particularly on how important it is to keep the European project alive. Little at stake, indeed.

This time, though, the landscape could have been different. The five years since the last elections have been quite tumultuous, after all, and the European Union’s credibility has taken a hit; far-right Euroskeptics have entered many national parliaments (even forming government in Italy), while the UK voted to leave. The established political groups might agree on “more Europe,” but enough voters have contested this establishment that nationalism has become a major concern in voters’ minds. And, unlike in past elections, there were now two charismatic leaders who are both willing to campaign on this very question: French President Emmanuel Macron and Matteo Salvini, Italy’s Vice-Premier and Minister of the Interior, who is increasingly seen as the country’s de facto ruler.

The staunchly pro-European Macron, in his triumphant run for the presidency in 2017, utterly wrecked both of France’s established major parties, and has long sought to replicate this feat on the European stage, as a way to renew a governing majority whose ideas have gotten stale. Salvini, leader of the far-right “League” party in Italy, has similarly aspired to export his revolution, creating a “League of Leagues” that could fundamentally alter the balance of power in the Parliament. Such a group would love to take apart the EU’s institutions if given the chance, although it would settle for paralyzing its functioning from the inside.

Macron and Salvini, in short, are both ideologically-motivated showmen who had something to prove this election and who (one imagines) would genuinely love to see the other humiliated. Because of this, even though neither of them were Spitzenkandidaten, they might have served the galvanizing function that the lead candidates were supposed to provide. It was possible to imagine a European campaign where these two leaders barnstorm the continent, campaigning intensely in support of their allies, highlighting sharp and emotive distinctions with each other, and driving turnout up. There were signs that the election would follow that path: Macron fired the opening salvo by publishing a pro-Europe manifesto in every official language; Salvini has announced a new Europarty, the realization of his “League of Leagues” idea, and held joint rallies with his new partners.

But, as the election has gone on, it has come to resemble every past campaign: similar people participated in the debates and said similar things. Macron and Salvini largely sat on the sidelines, already searching for potential post-election allies instead of campaigning.

To be fair, both had enough on their plate. Macron was overseeing the “grand national debate” that he initiated in the aftermath of the gilets jaunes riots, while Salvini needed to tend to a constant series of spats with his coalition partners in Rome. Maybe the European elections just weren’t top priority for them. Maybe they, too, saw that not enough was at stake.

[2] The Christian Democrats have historically played a central role in the process of European integration, and rhetorically they promise to continue along this path: compare this debate featuring the Christian-democratic candidate, to this debate featuring the candidate of the smaller, further-right Conservative group, and notice the heightened sense of conflict in the latter.