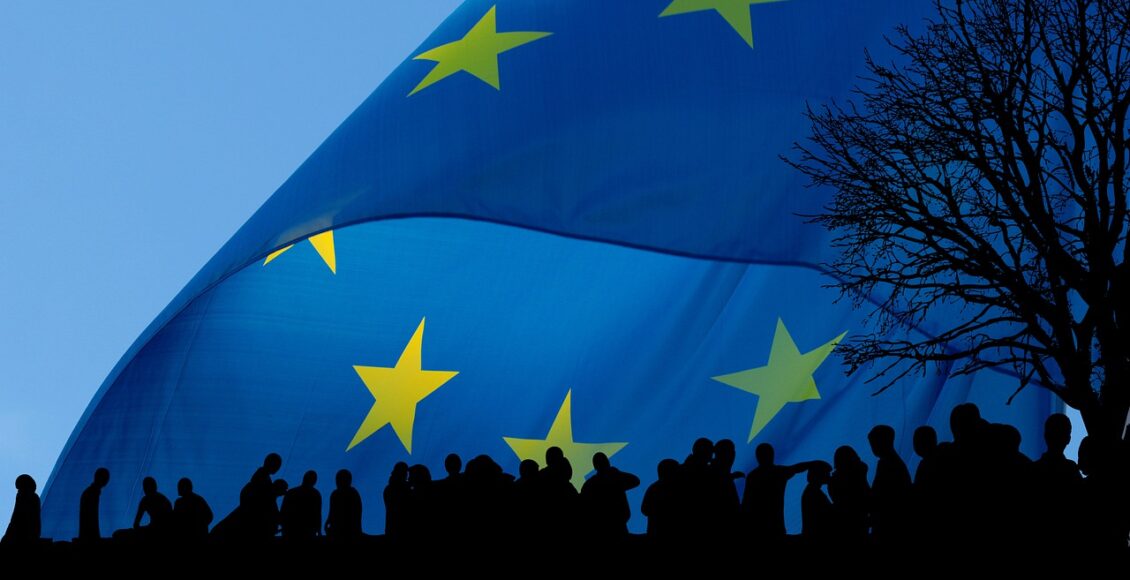 For a continent that is no stranger to refugees, Europe’s benevolence towards them sure is selective and limited. At the end of World War II in 1945, Europe accommodated forty million refugees. That humanitarian disaster spurred the swift creation of international law and organizations to deal with refugees and remain in place to date. These include the creation of the International Refugee Organization in 1946, the adoption of the Universal Declaration of Human Rights in 1948, and the establishment of the Office of the United Nations High Commissioner for Refugees (UNHCR) in 1950. However, over the course of the twenty-first century, Europe — specifically the European Union — has seemingly done a U-turn. Where one would expect it to empathize with refugees from various parts of the world, having experienced a similar fate merely two generations ago, its approach towards helping them can be described as apathetic at best.

That is until now. The same countries, such as Poland and Hungary, that refused to accept any refugees from the Middle East at the height of the European migrant crisis in 2015-2016 are now greeting hundreds of thousands of the same from Ukraine with open arms. This article intends not to ignore the suffering of Ukrainians, pit different communities of refugees against one another, or deride the much-needed international support they deserve and are receiving. However, on seeing the European Union’s willingness to provide this help to Ukrainian refugees — at extremely short notice no less — one cannot help but raise the question of why the same has been missing for the scores of refugees Europe has had to deal with in the past and continues to experience to this day.

The migrant crisis in 2015 saw a record 1.3 million people apply for asylum in the 28 European Union member states, Norway, and Switzerland, in that single year. The EU’s solution to deal with the influx of asylum seekers consisted firstly of a relocation scheme: a burden-sharing agreement that assigned asylum quotas to member states. Aiming to provide accommodation for 160,000 people amongst member states over two years, the agreement proved to be a massive failure. By September 25, 2017, a day before it was supposed to end, the scheme had led to the successful relocation of less than one-third of the total applicants committed. Among the worst offenders were members of the Visegrad group; Poland and Hungary had refused to accept even a single asylum seeker, Slovakia accepted 16 out of 902, and the Czech Republic only 12 of 2691. The countries questioned the legal grounds for the EU-assigned quotas and cited security reasons behind their refusal. Hungarian Prime Minister Viktor Orbán went so far as to say that Hungarians “do not want a large number of Muslim people in our country.”

The EU also signed the  “one in, one out” agreement with Turkey, a highly controversial deal in violation of international law, according to the UNHCR. The agreement stipulated that for every Syrian refugee Turkey took back from Greece, the EU will relocate another Syrian refugee. Other concessions to Turkey included more money to keep refugees in Turkey, acceleration of accession talks, and visa-free travel for Turkish nationals. However, the agreement faced controversies because of Turkey’s deteriorating human rights record, including crackdowns on independent media and the abysmal conditions of Syrian refugees in Turkey itself. Furthermore, the agreement broke international law as compulsory mass expulsions are outlawed by the 1951 UN Convention on Refugees, of which the EU is a signatory. It also violated Article 19 of the EU’s own charter of fundamental rights stating that “collective expulsions are forbidden.”

Where the EU could not manage to relocate 160,000 Middle Eastern refugees in 2015-16, it is now preparing to host almost four million refugees from Ukraine. According to UN figures, as of March 27, 2022, 3.8 million Ukrainians have left for neighbouring countries. To deal with this wave of refugees, the EU has authorized the release of €3.4 billion in recovery funds to help countries neighbouring Ukraine that are bearing the brunt: Poland, Hungary, Romania, and Slovakia. Furthermore, the Council of the European Union has activated its Temporary Protection Directive (TPD) for the first time. TPD will allow all Ukrainians visa-free travel in the EU, temporary resident permits, and the right to work, education, housing, and health care for one year. However, TPD is not all-inclusive; it applies only to legal residents of Ukraine. Thus, international citizens caught in the conflict — such as the thousands of students from South Asia and Africa — are not eligible for the protections afforded by the directive.

Comparing the EU’s approach to accommodating refugees from the Middle East versus Ukraine shows a clear contrast in their treatments. The EU could not agree on an adequate plan to deal with the 2015 peak of 1.6 million refugees. Yet, it has swiftly got its ducks in a row, under a month no less, in the case of Ukrainian refugees — an undoubtedly commendable achievement. However, it raises the question of why the EU fell short in the past. Why was the TPD not implemented in 2016? Where was the solidarity amongst member states then? The answer is twofold. First, we can consider geopolitics. The countries that put up the biggest roadblocks to Syrian migrants in 2016 that have invested millions of euros from the European Commission towards a tough surveillance regime to intercept “irregular migrants,” are the ones on the frontlines to accept this time around. Poland alone has had almost 2.3 million refugees pour in, with thousands more coming every day. This shows how quickly apathy converts into concern depending on who needs it.

The second reason, which is harder to swallow yet unsurprising, is racism and xenophobia — as pointed out by some. Most refugees from Ukraine are white and Christian, with “blue eyes and blond hair,” unlike those from Syria or Afghanistan; hence a level of moral outrage unseen previously. This is widely evident in news coverage of Russia’s invasion of Ukraine with statements like, “Ukraine isn’t a place, with all due respect, like Iraq or Afghanistan, that has seen conflict raging for decades. This is a relatively civilized, relatively European […] city” (CBS); “now the unthinkable has happened to them. And this is not a developing, third-world nation. This is Europe!” (ITV); “these are prosperous […] middle-class people. These are not obviously refugees looking to get away from areas in the Middle East that are still in a big state of war” (Al-Jazeera). There have also been unsettling reports of African, Middle Eastern, and South Asian immigrants being prohibited from boarding trains out of Ukraine to “make space for Ukrainians.” Such “us” versus “them,” Europe connoting “civilized,” and non-European connoting “uncivilized” notions are not new and have been prevalent for centuries. Bringing about the European standard of civilization to “barbaric” communities outside Europe was considered a benevolent task and was a major justification behind colonialism. We see echoes of a similar discourse in the EU’s policies regarding refugees and who “deserves” to be helped.

EU initiatives to help Ukraine are commendable and will provide much-needed help to the people whose lives have been upended by the conflict. Nevertheless, as the international community comes together to help Ukrainians, it is worthwhile to consider the culture of normalizing conflict in certain parts of the world — the “developing,” non-white parts — such that they are now considered to be an inherent quality. In fact, referring to war in Europe as “unthinkable” is ironic when one considers that both World Wars were fought on European soil. The Ukrainian refugee crisis has once again shone a light on the EU’s vulnerable borders and the imperativeness of robust EU policies for all asylum seekers and refugees. The EU must examine and rectify the shortfalls of its policies in the past and move away from a selective approach to humanity.