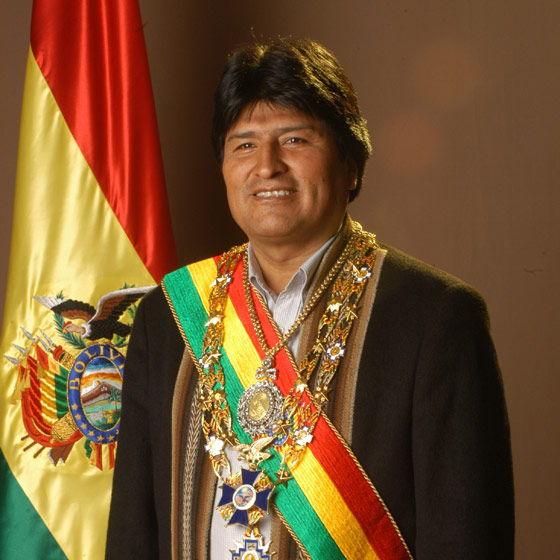 Controversy regarding the legitimacy and strength of the presidency of Bolivia soared when a resignation letter from President Evo Morales arrived on social media. The speculation quickly dissipated as the public discovered that it was a mere beguile organized for Latin America’s version of April Fools’ Day. Despite his reckless operation in government, his backers desire to extend his stay in office, which is characteristic of the patronage that underlies Latin American politics. There is a glaring semblance between Morales and former Latin American leaders; he secured formidable support among the poor for his initial election but completely disregarded and even contradicted their interests once in office. The explanation of his longevity in office lies in identity politics, economic growth, and his victorious fight against narcotics.

Mr. Morales is the country’s first indigenous president and has cemented his support amongst the indigenous community by successfully rewriting the Bolivian constitution. This reform provided more representation and recognition for indigenous peoples, along with promises to expand environmental protection which is ironic considering his questionable development projects which directly threaten the environmental stability of indigenous land. Morales’ controversial $332m plan to construct an Amazon highway was dismantled after protests against the environmental threat it poses; more specifically the destruction of the wildlife-rich park and its inhabitants. This scandalous project has simultaneously raised concerns over Brazil’s continued intervention into the internal affairs of its neighbouring countries; critics of the road project have expressed concern  over the possibility of this road easing the transportation of Brazilian exports to Chile and Peru. The crucial issue is whether Morales will succumb to Brazilian power play at the expense of his promise to be the champion of the indigenous community. This is a clear demonstration of the disregard for the interests of indigenous groups and the impoverished which is even more alarming when one considers his indigenous lineage and previous affiliation with farmer groups. Insensitivity on the part of Morales serves to support the argument that Latin American leaders portray charisma and an image of firm leadership but this is smothered by issues of corruption and clientelism. Rather than addressing crucial infrastructure concerns, his desire to approve this project likely involves the influx of funds not into state coffers, but personal networks of patronage. Surprisingly, Morales has still managed to maintain an approval rating of 65%, and significant electoral support from indigenous groups that is manifested mainly in referendums extending the length of his stay in office. His appeal stems mainly from his Aymaran Indian descent and linkages with farmer groups across Bolivia; this bolsters his ability to appeal to the majority of Bolivia’s poor and disenchanted.

Bolivia’s successful record in tackling drug crimes has forced the United States to cop out of its intense criticism of Morales’ leadership in the war on the drugs. Morales, inspired by his former comrade, Venezuelan populist leader Hugo Chavez, has adopted an Anti-American stance and has reciprocally criticized the administration. Four months ago, the White House listed Bolivia as one of three countries that have failed to do enough to combat the drug trade. Morales replied with cynical rhetoric that exudes Chavez’s style of criticism by stating ““The world knows that our counternarcotics model is better without the Americans,”. Morales has a point; Bolivia’s attempt to reduce coca (used for cocaine manufacturing) production has created positive results. The United Nations Office on Drugs and Crime maintains that Bolivia’s production of coca leaf has declined significantly in the past five years, through the establishment of a tightly regulated market for the consumption of coca as a nonnarcotic stimulant. This method helps farmers through favourable loans and land grants while cracking down on the production of illicit drugs. The United States’ strategy of manually eradicating plants, prosecuting drug kingpins and violent crackdown of time has demonstrated little success and was adopted by Colombia which has seen increased production of coca plant and a spiraling crime rate. More importantly, Morales’ chilly relations with the United States is an interesting political maneuver originating from his former ally Hugo Chavez; projecting criticism towards a global superpower serves to foster the image of Morales as a strongman who will not back down to external interests. Domestic supporters process his criticism of the United States as a signal of Morales having the Bolivian national interest at heart- he therefore entrenches and extends political support at a low cost.

The nationalization of natural gas has increased government revenue and by extension the government’s capacity to tackle poverty. However, the recent slump in oil prices and challenges in the distribution of water threaten to dismantle his remaining support. The severe drought in La Paz has resulted in the rationing of water since water levels in the Incachaca reservoir reached a new low. This drought has impacted thousands of families and farming groups, the principal engine of Morales’ support.  The challenges faced by farmers has contributed to economic sluggishness, which is in turn exacerbated by reducing prices of oil. Bolivia is expected to earn $2.1 billion from sales of gas in 2017, only a third of the income it generated during the peak of oil prices. Accompanying slumped oil prices is the simultaneous lackluster record of investment in Bolivia; in the past decade only Russia’s Gazprom and Venezuela’s PDVSA have invested in Bolivia’s oil sector, allegedly due to fiscal mismanagement and the absence of an independent regulator. These two factors partially count for the decline of the left in Latin America; the rapid investment of commodity returns into social services, even as commodity prices slumped, fostered prime conditions for recession and economic struggle in many South American countries. Once again, the similarities between Chavez and Morales can be drawn; the declining revenues from state owned natural resources (oil) weakens the stability of the state and its ability to appease criticism by distributing social services. The dependence of Latin American economies on the export of commodities places them in a perpetually precarious position since the decline in commodity prices is inextricably linked to the decline of state efficiency and by extension, state legitimacy. The Morales administration’s inability to provide such a crucial necessity as water to the mot affected regions is more related to the misalignment of priorities than the inability of the state to do such. Morales continuously demonstrates that the interests of the impoverished are invisible on his policy agenda.

Mr. Morales has tarnished relations with trade unions and social groups after the abrupt dismissal of over one thousand textile workers at the state owned Enatex textile company. The Central Obrera Boliviana, the national trade union federation, angered by this rash decision, demanded an escalating national strike that took place in July 2016. The closure of Enatex casts doubt on Morales’ economic responsibility (although deemed the strongest in Latin America) as low-income workers blame him for flooding the Bolivian market with cheaply produced Chinese textiles. In the wake of his referendum defeat to extend his term past 2019, spoiled relations with trade unions and the poor is a political nightmare for Morales.

The Bolivian President has enjoyed a prosperous decade in office, however numerous scandals and insensitive decisions have cast doubt on whether he will recreate the legacy of Chavez. Morales has split the constituency which he initially worked hard to unify through his mismanagement of the Amazon project and insensitivity toward his people, the people who constituted his electoral success. As internal outcry strengthens and criticism from the US pours in identity politics and grassroots support are the only cards Morales has left to play in the game of Latin American politics.