Explaining the Refugee Crisis: The Failure and Triumph of Collective Memory

Last Friday evening, a collaboration of groups lead by the McGill Syrian Students Association put on an event titled “Knocking on Europe’s doors: Syrian Refugees in the Worst Humanitarian Crisis of our Time”. This event brought together media presentations of the plight of Syrian refugees trying to make it to Europe, and a panel discussion on the topic. 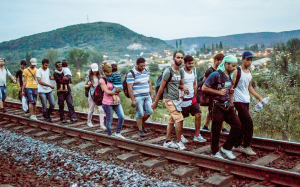 Explaining a refugee crisis of global proportions like the one we are currently witnessing is a difficult thing to do. Of course there are the root causes – the civil war in Syria against the tyrant Bashar Al-Assad, followed by the rise of ISIS filling the vacuum of political authority that this war created. Then there is the immense strain on resources in neighbouring countries like Turkey, Lebanon, and Jordan, that dealing with the massive influx of close to four million refugees (to these countries alone) has created.(1) But how do we explain the response by the rest of the world, especially the relative lack of generosity by many states? In other words, how do we explain the fact that this still is a refugee crisis of dramatic proportions, rather than a solved problem for the history books?

One of the answers raised to this question is to refer to the politics of collective memory. Indeed, two of the speakers at this event, Matvey Lomonosov and Jon Waind made reference to this topic in attempting to explain the crisis.

Speaking first, Mr. Waind invoked the ideas of late political philosopher Hannah Arendt, attributing the failure to find an adequate response to the crisis as a failure of collective memory. What Mr. Waind referred to here is Arendt’s claim that recounting the past of a narrative can preserve the memory of deeds throughout time and provide a reference to past failures. Arendt believed that through narrative, memory could inspire deeds of the future thereby saving lives and preventing actions of ruinous consequence.(2) If I were to simplify these sentiments further, (and perhaps I am doing so too much) this is a restatement of the old adage that “those who do not know their history are bound to repeat it”. 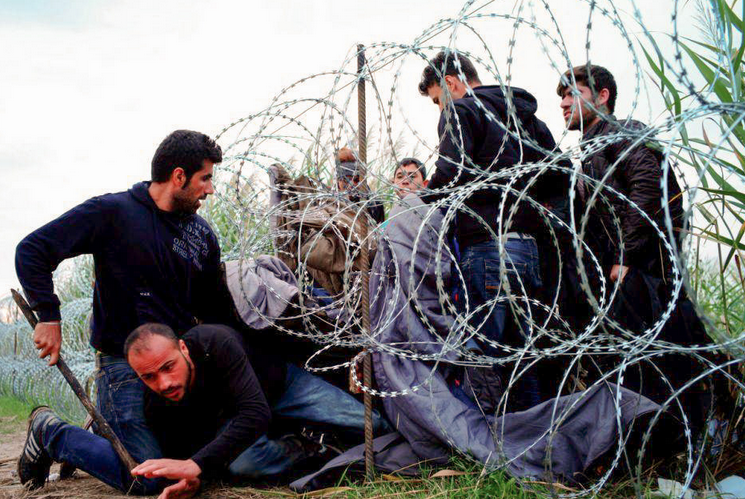 Ultimately the question raised is have we, as humans, forgotten the experiences of the past? Has Europe forgotten the many stateless peoples turned away by states at a time when Europe was on the precipice of the Holocaust? Have Canadians forgotten about their country’s role, rejecting the 937 Jewish refugees fleeing Nazi Germany aboard the SS St. Louis?(3) Has Hungary, a nation to which many Syrian refugees have fled because of it’s status on the edge of the European Union’s Schengen, free mobility zone, forgotten the mass exodus of Hungarians at the arrival of communism in the 1950’s? Unfortunately, it seems that these narratives have been, if not completely forgotten, repressed to a place where the failures of the past and resolve to say “never again shall we witness human rights abuse of this proportion” no longer lingers in the salient parts of our collective memory.

However, an added layer of complexity was added to this explanation by Mr. Lomonosov, who holds an MA in Nationalism Studies from the Central European University in Hungary. On the other side of the coin, Mr. Lomonosov brought up the idea that the rejection of refugees by some Eastern European states – such as Hungary, who has famously built a wall along it’s border with Serbia to stop the flow of refugees (4)- is also a direct result of the triumph of collective memory in Eastern Europe. In doing so, he references the historical struggle of states on the Eastern edges of Europe to overcome the Ottoman Empire that established greater Eastern European nationalistic sentiments and Islam as the “other”. Perhaps this provides an explanation for the reactions of Victor Orban’s Hungarian government and the further right, and outright xenophobic, Jobbik party.(5)

Whereas Hungary and other Eastern European states slowed the reaching of an agreement between European Union states to better deal with refugees – eventually met with the help of Poland – collective memory to both remember and forget seems to play a key role in explaining the current situation (6). In Canada we see this factor at play as well. In the lead up to today’s election, the debates over how many Syrian refugees our country ought to welcome and how quickly has been overshadowed by those who, while remaining committed to resettling some refugees, clearly do not regard the expedited processing of refugee claimants as a chief national priority. In the end, it is through the failure to remember that we too have said “never again” to catastrophes of human rights too many times.