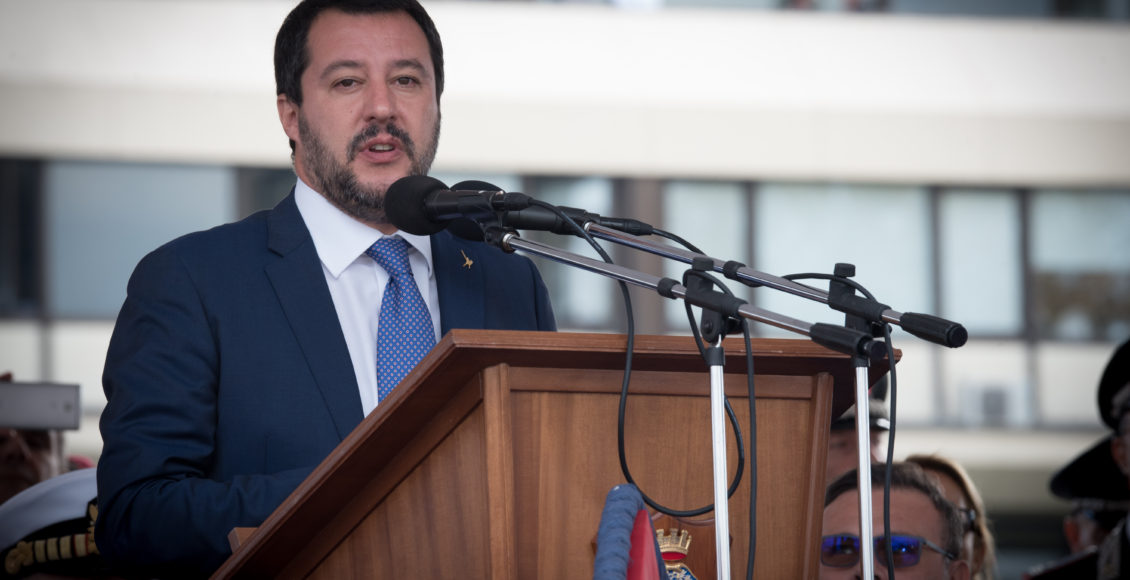 Roma comprise the largest ethnic minority in Europe with roughly 10 to 12 million spread across the continent. Despite not having their own state, they have been able to preserve their own national identity, language, and culture. However, this has not come without enormous resistance. The Roma have been persecuted and stereotyped in Europe for almost a millennia. Over 500,000 Roma were killed in Nazi death camps, in the 1970s Roma women were sterilised in Switzerland and Sweden, and they continue to face individual hate crimes as well as public neglect in housing, education, health care, and employment across Europe.

Romania is home to over 2 million Roma, which is the largest Roma population in Europe. Romania was also once home to the largest proportion of Jewish people in Europe, but after the Holocaust most left for America and Israel. In the case of the Roma, of which a quarter were killed during the Holocaust: they do not have a homeland to flee to. Even New Jersey has a law prohibiting the migration of Roma, originating from the fear that the ‘contamination’ of the ethnic group would spread to the United States after the Second World War. Without sufficient government support in any European country, some Roma move to where they can make more money through begging, leading many to head West.

Today, the Roma lack political clout as socially isolated members of society who are purposely ignored by most central governments. This prejudice, combined with their systematically-forced silence, makes them easy scapegoats for governments trying to push a nationalist agenda.

Society brutally stereotypes the Roma in a way the international community would condemn for any other minority, allowing governments to leverage the constructed hatred for the Roma to gain popular support. In Italy, 86% of Italians view the Roma unfavourably. Matteo Salvini, Italy’s right-wing Deputy Prime Minister, is one of the most current examples of a leader manipulating and adding to this shared hatred to propel his own agenda. Last June, Salvini called for a census of all of Italy’s Roma population, which is roughly 130,000 people, to identify who the foreign ones are and expel them from the country, stating that “he’s unfortunately powerless to do anything about Italy’s indigenous Roma.”

Since Salvini launched his anti-Roma campaign in 2008 which started fingerprinting the Roma in the country, his party, Lega Nord – a right-wing regional nationalist party – has increased in prominence. Salvini frames this program as an attempt to help Roma children, stating: “We do it for the children. They’re abandoned to parents who educate them only in the art of stealing.” However, this statement reflects commonplace destructive stereotypes about the Roma, which ignore the ways structural racism throughout Europe’s history have led to fewer opportunities and forced poverty for the Roma today.

Italy is not alone in its efforts to persecute the Roma in Europe. Back in 2013, France’s former socialist interior minister, Manuel Valls, supported Salvini’s policy for the mass expulsion of Roma, stating: “The majority [of Roma] should be delivered back to the borders,” calling for “a mass cleansing, street by street, piazza by piazza, neighbourhood by neighbourhood.” France has been criticized for its animosity towards Muslims, but with two-thirds of French people holding unfavourable views of Roma, there is little public resistance to the blatant prejudice. However, when the former president of France, Nicolas Sarkozy, pushed to deport Roma originating from Romania and Bulgaria eight years ago, he faced significant international backlash.

Today, this is not the case, as shown through the minimal international coverage and contest of Salvini’s blatant anti-Roma campaign. This could be a result of spreading right-wing ideals across Europe in recent years and the general anti-migration sentiment on the continent. With Angela Merkel walking on thin ice for admitting refugees into Germany, Britain parting from the European Union partly due to an anti-immigration sentiment, and President Trump across the pond actively separating immigrant families at the border, Salvini’s actions seem to add to the pile of humanitarian injustices plaguing the last few years.

For some, Salvini’s project, and the shape of Italian politics as a whole, appears to be a slip back into Italy’s fascist days. Lorenzo Fontana, a member of Salvini’s Lega Nord, recently argued over Facebook for the removal of anti-fascism Mancino Law, framing it as “anti-Italian racism” covered up as “anti-fascism” by globalists. When the Italian judiciary pushed for an investigation into Matteo Salvini, a Lega party official stated, “touch our Captain and we will take you from your front door. Watch out,” harkening back to the times when intimidation and neutralization were once used to quell resistance.

By targeting migrants and the Roma, Salvini is engaging in a typical pattern of gaining power: leveraging a socio-economic crisis while ignoring the true causes, scapegoating innocent groups such as migrants or the Roma, and proposing a solution such as mass eviction. However, the Italian populace is not taking all of the government’s tactics and stories at face value. In August, Giuseppe Civati’s left-wing organization, Possible, organized a counter popular movement with the presence of pro-migrant politicians such as Laura Boldrini. At the demonstration, 15,000 Italians rallied for a barrier-free Europe.

The emancipation of the Roma in Europe is not an easy feat, as their freedom and basic rights are contingent on the government of the hour. Due to the propagation of stereotypes since the Roma’s migration to Europe in the 14th century, most Europeans hold prejudice towards the Roma and either remain silent on the issue or actively support anti-Roma campaigns. Through counteracting these stereotypes by improving education about the Roma and providing equal access to opportunities, they may be able to gain freedom within Europe.

In recent years, there have been a series of programs developed by the Roma to improve their communities. ‘Elena’s village’, funded by the European Economic Area and Norway Grants’ Public Health Program, strives to reduce social inequality by improving the sexual and reproductive health of youth. In Bulgaria and Romania, education programs enabled 4,860 Roma children and youth to go to school and after-school programs improved the attendance and performance of over 2,310 Roma students. Beyond this, there are countless other efforts being undertaken to shift the quality of life and nature of the rhetoric about the Roma in Europe.

Some governments leverage the cracks in society created through underlying prejudices and make them wider so more people fall into them, igniting fear and a desire for simple solutions. Therefore, with the rise in right-wing populism, programs like the ones above must be supported with vigour by the international community to protect human rights during this volatile time.