Eyes on China: Beijing’s Response to the Ukraine Conflict Could Have Far-Reaching Significance

How long will China remain in the shadows on Ukraine? 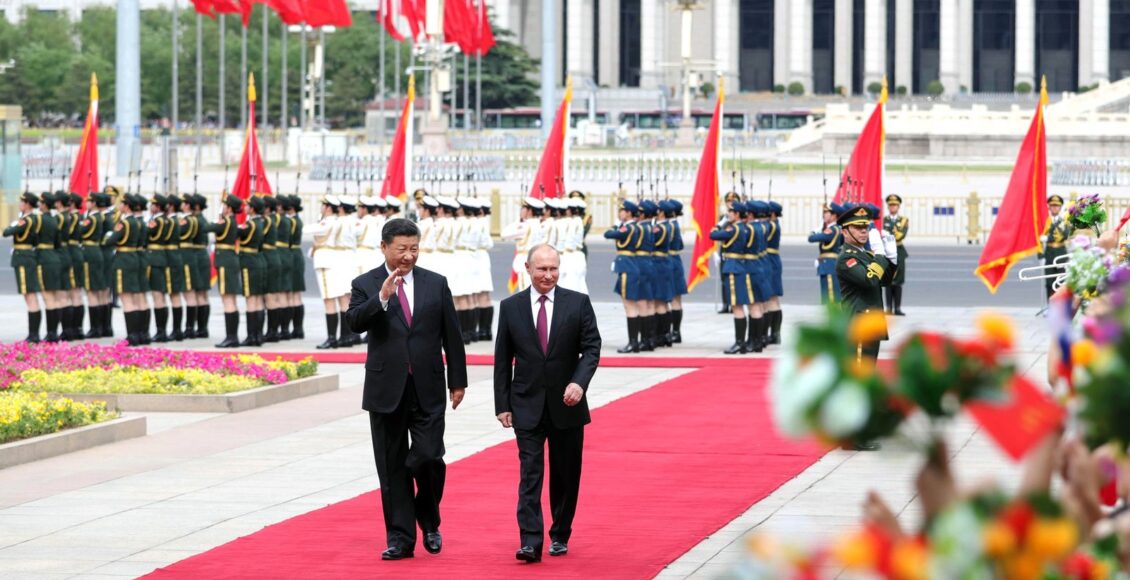 Russia’s invasion of Ukraine is now well into its second gruelling month. Even those of us without personal or geographic proximity to the crisis can grasp the extent of the devastation through statistics. To date, there have been several thousand civilian deaths and possibly as many as 15,000 Russian soldiers killed, while the crisis has displaced a staggering 10 million Ukrainians. The entire world is watching Ukraine with bated breath, bracing for serious effects on the global economy and tensely speculating about the potentially far-reaching political implications of Russia’s brazen behaviour.

From the perspective of global politics, there has been plenty of discussion around the role that China could potentially play in either deepening or resolving the Ukrainian crisis. Throughout history, Beijing has consistently aligned itself with Russia, especially in its efforts to counterbalance US power in the international arena, leaving many to wonder whether China will continue this pattern with respect to Russia’s recent invasion of Ukraine. Observers also point out that this invasion might set a convenient precedent that Beijing might use to pursue its own claims for control over Taiwan more aggressively.

A test of ‘no limits’

In early February of this year, Russian President Vladimir Putin made a joint statement with Chinese President Xi Jinping announcing a strategic “no limits” partnership between their two nations. The partnership, which proclaimed there would be “no forbidden areas” of Sino-Russian cooperation, is explicitly aimed at countering American global power and influence. The parties denounced US arms development and alliances with other Western countries as threats to international peace and pledged mutual cooperation on energy, artificial intelligence, and information security efforts in the face of Western pressure to liberalize their technology regimes. As part of the agreement, China also backed Russia’s demand that Ukraine be permanently disqualified from NATO membership. At the time, Russia was amassing thousands of troops on the Ukrainian border despite denying its plans for the invasion that would begin 20 days later, providing a high-stakes test for the new partnership just weeks after it was articulated.

Shortly after the invasion began, Beijing said it “deplores the outbreak of conflict between Ukraine and Russia” and is “extremely concerned” about civilian casualties, encouraging the parties to find a diplomatic solution. Importantly, this was far from the unequivocal condemnation of Russia’s invasion that both domestic and international elements were urging China to deliver. Although China had explicitly planned to support aid efforts for Ukrainians, Chinese Foreign Minister Wang Yi has reaffirmed China’s conflicting position, stressing the strength of the country’s relationship with Moscow while expressing its willingness to play a mediating role in the conflict. This move indicates that China is prepared for direct involvement in the crisis, although there have been no real developments toward Chinese-led mediation thus far.

Meanwhile, China has refused to participate in Western-driven sanctions against Moscow. Continued trade between the two nations could help cushion Russia against the worst effects of the sanctions, but China’s desire to avoid economic repercussions for its assistance to Russia limits the extent to which it will be willing to help its ally. Similarly, Beijing has so far ignored Putin’s reported requests for military and financial assistance (in fact, it has denied knowledge of the requests altogether), facing explicit US warnings of the severe consequences of such assistance.

At the UN, China has likewise walked a careful line between open support and outright condemnation towards Russia, choosing to abstain from casting its vote on UN resolutions that condemned the Russian invasion of Ukraine and blamed Russia for the humanitarian crisis while calling for a ceasefire. This ambivalence is out of step with China’s past behaviour as a historically staunch supporter of the principles of non-intervention, noninterference, and respect for the territorial integrity of sovereign states — a position substantially predicated on its desire to freely pursue its own vision of social harmony and consolidate control over neighbouring disputed land.

While the rest of the world remains frustrated and uneasy about China’s refusal to join the overwhelming majority of the international community in decrying and punishing Moscow’s recent actions, the Chinese position certainly does not appear to align with the terms of its “no limits friendship” with Russia. This is likely because China is in a tricky spot in terms of furthering its own interests. Beijing has recently launched a campaign to rally domestic support for Russia, but supporting its ally too strongly or overtly in international fora would likely bring harsh economic consequences from the West. On the other hand, condemning its ally would not only violate the established Sino-Russian partnership, but could also subject China to charges of hypocrisy if it tries to use the Ukraine crisis as precedent for a more forceful renewal of its decades-long attempts to decisively claim sovereignty over the island of Taiwan.

After the Russian invasion of Ukraine began in earnest, an ominous mantra began reverberating across Taiwan: “Today Ukraine, Tomorrow Taiwan.” The slogan gives voice to a growing fear among many Taiwanese that Russia’s attack on Ukraine might embolden Beijing to try to assert its longstanding claims over Taiwan through force. China has never ruled out military action as a means of contending its sovereignty over the island.

Over the past two years, Chinese reconnaissance aircraft and fighter jets have routinely entered Taiwan’s air defence zone. The largest of these missions was on January 23 of this year, when 39 Chinese aircraft entered Taiwanese airspace; another incursion, of 9 planes, was also reported on February 24, the day the Ukraine crisis began. Later, in mid-March, a Chinese aircraft carrier sailed through the Strait of Taiwan, reinforcing fears that Beijing might try to forcefully assert control over the island.

So far, Taiwan has not reported any unusual activity by the Chinese military, but the situation remains tense. In a video conference on March 18, Xi warned US President Biden of the need to handle the Taiwan situation “properly”, in order to avoid upsetting US-China relations. Xi was quoted as saying that individuals in the US were “sending the wrong signals to pro-independence forces in Taiwan,” which he said was “very dangerous.”

Some commentators believe that the harsh blowback Moscow is experiencing as a result of its invasion serves as a warning to Xi and effectively deters him from pursuing similar action against Taiwan. Others say that Putin’s attack on Ukraine is part of a worrying trend of autocratic leaders seeking to challenge American power and promote their own illiberal agenda, a pattern which may very well continue with China attempting to decisively assert control over Taiwan, among other disputed territories. It is likely too early to tell, which leaves the world — and especially Taiwan — in a position of uncertainty, awaiting China’s next move.

And while we wait for that move to come, we should also keep our eyes on China within the context of the ongoing crisis in Ukraine. Beijing may not be able to maintain its ambivalence for long against pressure from both its Russian ally and the West to pick a side. If and when it does so, that decision will surely have a significant impact on the course of Russia’s invasion, on its success or failure, and on the lives of millions of Ukrainians whose country has abruptly transformed into a war zone. And it may have serious implications for Taiwan, too.

Featured image “The President of Russia arrived in China on a state visit. 02.jpg” by www.kremlin.ru is free to use on Wikimedia Commons under license CC BY 3.0 and CC BY 4.0.