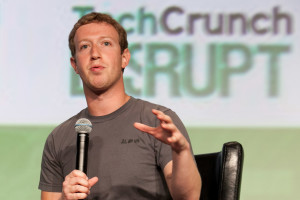 As Americans reflect on the 2016 election, many left-leaning voters are pointing a finger at Facebook, condemning them for allowing fake news to circulate. In the past week, Mark Zuckerberg has quickly changed his attitude towards fake news on Facebook, switching from saying “the idea that fake news on Facebook, of which is a very small amount of the content, influenced the election is pretty crazy,” to lining out steps Facebook plans to take to highlight and reduce the circulation of false news. According to research by Buzzfeed News, during the 2016 campaign, the top 20 fake news stories received 8,711,000 shares, reactions, and comments on Facebook, while the top 20 mainstream news stories received 7,367,000 interactions. Thus, as Facebook has quickly recognized, it’s difficult to ignore the presence of fake news on Facebook. Yet deciphering fake news’ influence on the election and crafting steps to take may be problematic.

Is the problem that the news is too difficult to filter? If so, this has already been debunked. This past week, a group of four students attended a hackathon at Princeton University, with the goal of creating an external check on Facebook articles. Within 36 hours, they developed FiB, a Google chrome extension that checks the validity of articles based on the legitimacy of the news source and through cross-checking the article with other sources. The article is then determined to be verified or not verified. While FiB isn’t perfected for use, this proves that Facebook does have the ability to provide some sort of check on their content. Thus, there must be other reasons Facebook hasn’t already added such a program.

Should Facebook take accountability for fake news in the first place? “We are a tech company, not a media company,” stated Mark Zuckerberg when asked whether Facebook would become a news editor. If Facebook’s goal is accumulating content, not producing it, there are no legal forces compelling Facebook to install a fact-checker. At the end of the day, whether the news is fake or not, each click on an article is good for Facebook’s business. Yet, considering the number of users that get information from Facebook, they may have a moral responsibility to implement such a feature. Additionally, Facebook continues to insist its neutrality as a platform. Creating a fact-checker may be contradictory to this claim, as the fact-checker will promote some articles while repressing others. It may be difficult for the fact-checker to be completely unbiased. Do users really want this sort of censorship from Facebook? Furthermore, a fact-checker may inhibit third party news sources from gaining circulation, as they may struggle to gain verification as easily as mainstream articles. This may, in turn, narrow our focus to mainstream news sources even more.

What exactly constitutes fake news? Is heavily biased news fake news? If a story is over exaggerated or has some incorrect facts, but the essential message is accurate, is this fake news? Facebook has addressed their awareness of this issue, but has not provided a clear solution. This issue cannot be resolved without first establishing a clear definition of fake news, and even then it will be difficult for algorithms to filter these. Included in Zuckerberg’s steps towards filtering out fake news is a system where users can flag news that they believe is fake. Consequently, as Zuckerberg has recognized, people may flag articles that they disagree with, even if the information is correct. Similarly, how do opinion pieces and satire articles fit into the picture? While they certainly play an important role, they most likely won’t be verified as it would be difficult for an algorithm to decipher their intent.

Fake news and propaganda has been around as long as politics. Yet a major difference faced today is that anyone can post anything on the internet disguised as valid information, and then circulate it with the click of a button. Similarly, fake news has been circulated on the internet as long as the internet’s been around. The fact that it has not caused an uproar until this election is an attest to Facebook’s power. Therefore, Facebook is unique from other platforms, and while technically it may not have a responsibility to sift fake from real news, there is too much pressure from users for Facebook to not take action.

It is interesting to compare the top five fake election stories with the top five mainstream stories. Among the fake stories, all five spoke negatively about Hillary Clinton, while four of the five mainstream news stories spoke positively about Clinton (with the fifth showing Melania Trump’s girl-on-girl photo shoot from before she met Trump). However, to go so far to claim that Hillary Clinton lost the election because of fake news is probably over exaggerated. There were such a large number of factors contributing to both Trump’s win and Hillary’s lose, and while fake news may have been somewhat influential, it is hard to quantify whether it was a major contributor.