Where Fact Trumps Fiction: In Defense of Journalism 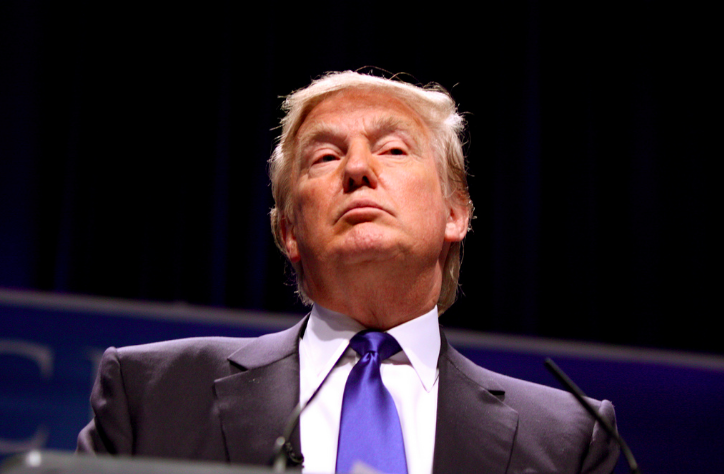 Going through the comments section on news articles is not recommended, but if you insist on ruining your day, here is what you will find: a claim that liberals are all snowflakes (à la Tomi Lahren), a claim that Trump supporters are all racist, homophobic, misogynistic, and/or just plain stupid, and a claim that the above article is “fake news”. In the wild world of the internet where hate and vitriol are distributed as freely as health care in Canada – this last claim is the most troubling. A smattering of anonymous assertions of “fake news” do not necessarily prophesize the end of journalism and an imminent collapse of the fourth estate, but when a troll’s tweets of rage are indistinguishable from those propagated by the president-elect, trouble will soon follow. Or, more likely, trouble is already here.

So what exactly is fake news? The all-too-common term has a real meaning: deliberately constructed lies in the form of news articles specifically meant to mislead the public through outright false claims. The term, however, became tainted as it rose in the lexical ranks. The seemingly self-explanatory term has been coopted as a rhetorical weapon by the forces surrounding Donald Trump’s candidacy and transition. As Jeremy Peters wrote in the New York Times: “Conservative cable and radio personalities, top Republicans and even Mr. Trump himself . . . have appropriated the term and turned it against any news they see as hostile to their agenda.”

Donald Trump has been playing the victim to a hostile media that is supposedly determined to destroy his reputation and credibility, all the while making wildly false, deceitful, and confounding claims on Twitter. Nothing demonstrates this better than the most recent Trump media/kerfuffle: a contentious Russian dossier reported on by CNN and published by BuzzFeed. The dossier contains information that is almost entirely unverified, and most of it will never be proven or disproven, simply because of the nature of the allegations. It consists simply of rumours dressed up as an intelligence report meant to damage Donald Trump.

The CNN report on this dossier is the definition of good journalism. Even Fox News correspondent Shep Smith defended the report, saying that “it is our observation that its correspondents followed journalistic standards”. BuzzFeed did something different. They, with caveats and explanations aplenty, published the entire 35-page document. Ben Smith, editor-in-chief of BuzzFeed, took to Twitter to defend his decision, saying that they have “always erred on the side of publishing”. This “when in doubt, publish” mentality reflects how he sees the role of journalists in 2017: print and let the public decide.

Subsequently, this brings up an interesting ethical dilemma, one which will probably be debated throughout the remainder of Trump’s presidency and beyond: are journalists still the gatekeepers of information? Do they have an obligation to report only things they know to be true, or do they distribute all information that they receive and let people make up their own minds? When information can be accessed with a few keystrokes, where is the line? Do all journalists have the sworn responsibility of maintaining a level of trust in their chosen profession, even at the cost of refusing to print something contentious? In an era where the faith in media is abysmally low (only 18% of US adults put “a lot” of trust in national news organizations), BuzzFeed’s report does nothing to help. It cannot become acceptable to deal in rumor and innuendo and to muddy the water of clear journalism with the publishing of attacks on, not criticism of, public figures.

This is a nuanced and complicated argument, filled with moral judgement and cultivated integrity with the defence of an entire profession. What it isn’t is just “fake news”, but at his first news conference in over five months, that is exactly the course of attack Donald Trump took. In his most flagrant break from the norms of presidential engagement with the media, he deemed BuzzFeed a “failing pile of garbage” and refused to answer questions from Jim Acosta of CNN, shouting him down saying “your organization is terrible… You are fake news”.

Trump and co., most notably press secretary Sean Spicer, conflated the reporting done by CNN and BuzzFeed in an effort to detract from the very real and very important task of critically looking at all of the president-elect’s actions, affairs and conflicts of interest, especially, at least in this case, with foreign powers. By painting the two organizations as equally faulty, the Trump team is pitting factions within the media against one another, all the while showing a blatant disregard for the historic duty of journalists: to hold politicians to safe and reliable standards for truth and verity. By claiming any and all press outlets who criticize him are “fake news”, and by refusing them questions and even threatening to expel them from press events, Trump is setting a dangerous precedent.

An independent, far reaching fourth estate is necessary for the continuation of America’s democratic processes. Journalists need access to the workings of the White House, or else they will be left with nothing but rumor and innuendo to report on. As politics grow more underhanded, media must dwell in murkier waters, and that will not benefit anyone but those whose secrets the shadows hide.