Famine and Democratic Backsliding: The Long-Term Consequences of Russian Duplicity 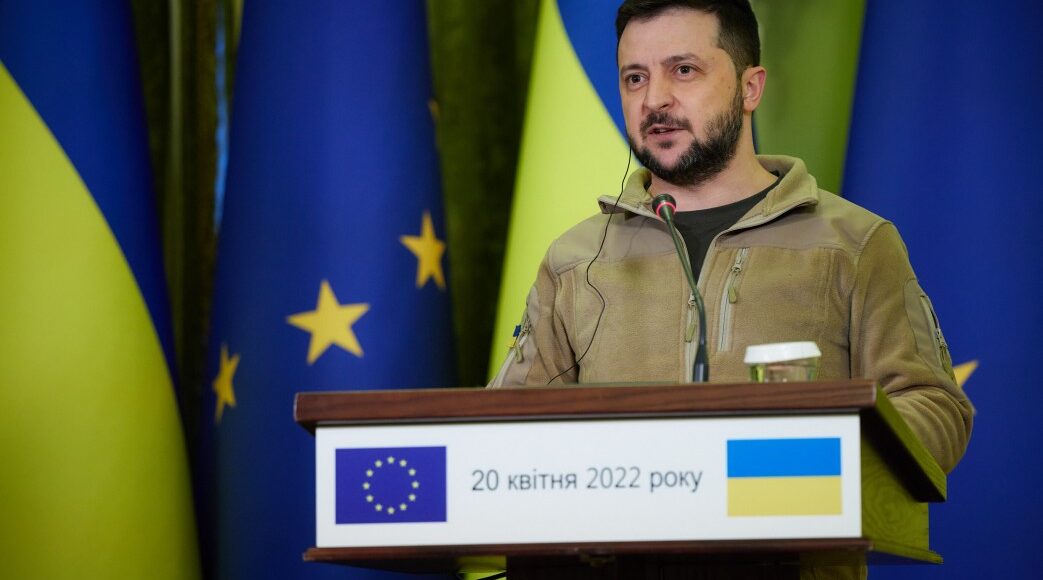 The war in Ukraine has brought forward the vulnerabilities in how international supply chains connect the Global South to its food sources. Ukraine accounts for nine per cent of the world’s wheat production, 10 per cent of the world’s barley, and 16 per cent of the world’s corn supply. Ukraine’s primary trade partners for foodstuffs are developing countries with populations that are highly susceptible to food insecurity. Price increases and food shortages would make famine a reality for millions in these countries.

On July 22, Russia and Ukraine signed a deal to allow shipments of grain to be transported across the Black Sea from Ukraine’s Port of Odesa. The agreement is in place for 120 days, allowing food shipments to arrive at their destinations before winter. If the deal holds, it will stave off the looming food crisis which would have left millions to suffer from starvation.

The effects of famine are wide-ranging and extend beyond nutrition. Notably, famine throughout the Global South could worsen the worldwide trend of rising authoritarianism. When essential resources become increasingly scarce, authoritarian figures are emboldened to act with little accountability. This is more likely to be accepted by civilian populations who, in desperation, favour quick decision-making in order to acquire the necessary resources for survival. Many who would typically resist autocratic tendencies may feel they have little choice but to accept such measures, because they are deemed drastic under normal circumstances but acceptable in emergency situations.

Nations with fragile democratic institutions face significant risks if the diplomatic agreement does not hold. We can see this in examples like Pakistan, a country with weak democratic institutions and an army which holds an outsized influence in politics due to the nation’s history of military dictatorship. 80 per cent of Pakistan’s grain products originate from the Black Sea Region.

A major famine would wreak havoc on Pakistan’s fragile political equilibrium. The military would be able to expand its influence in order to ‘meet the needs’ of the emergency, and democratic norms would suffer as a result. This occurrence on a widespread scale would hasten the global trend of rising nationalist populism. Populist autocrats across developing countries would see the crisis as an opportunity to exploit ethnic, religious, or cultural grievances. In the case of Pakistan, the backlash against food insecurity could serve as the perfect foil for conservative radicals who resent the democratic direction the country has taken over the past 10 years.

Less than a day after the deal was signed to open the Black Sea, Russian cruise missiles rained down on the city of Odesa in an attack which instantly drew international condemnation. At least three were killed, and 13 were wounded in the attack. Footage posted on social media shows missiles targeting docked ships and naval infrastructure crucial to commerce. Russian officials have denied any involvement and have sought to play down the significance of the attacks.

In light of Moscow’s credibility gap, another effective way to avoid a major food shortage catastrophe would be leveraging China’s newfound economic influence over Russia and exposing their vulnerabilities to a food supply crisis in the Black Sea. Western sanctions have made Moscow more reliant on Beijing than ever. However, China has been reluctant to pressure Russia into giving security guarantees for Ukrainian ports. Many members of the Chinese Communist Party (CCP) view the conflict as a righteous Russian cause not unlike their grievances with Taiwan. China has thus far refused to even condemn the Russian invasion.

The position taken by Beijing has not insulated the Chinese population from the effects of food shortages. In 2021, Ukraine accounted for nearly one third of all imports of corn into China. Corn kernel is a crucial ingredient in feed used for animals and poultry. Without it, China also risks food shortages. China is the second largest producer of corn worldwide, but its production is not enough to sustain its population, especially as crop yields are projected to decrease in this year’s harvest.

Food shortages in China have the potential to present a major threat to the CCP’s grip on power. The CCP’s brutal suppression of civil liberties has made it one of the most repressive regimes in the world. Much of its legitimacy to institute repressive policies lies in its rapid growth rate and how it has lifted millions of Chinese citizens out of poverty.

The stagnation caused by China’s Zero Covid Policy has brought these pillars of legitimacy into doubt. Growth has slowed precipitously at a time when millions of Chinese citizens are being forced to accept draconian restrictions. This has caused food shortages to begin in urban centres like Shanghai. As a result, grievances towards the CCP are at a level never before seen by political experts on China. If major famine were added to these problems, the ensuing unrest would cast doubt on the CCP’s legitimacy. To meet the needs of the summer harvest and avoid disaster, China has been forced to buy from the world’s largest supplier of corn: the United States.

If Western democracies, led by the United States, do not utilize this leverage to pressure Beijing into guaranteeing Russian security commitments to Ukrainian Ports, the world could face a humanitarian crisis of disastrous proportions. Recent attacks on the port city of Odesa demonstrate how little the word of Russian officials can be trusted to abide by their agreement. The World Trade Organization has warned that millions of people worldwide would be at immediate risk of famine. In addition, the social unrest brought by this crisis is likely to hasten the trend of autocrats exploiting nationalism to seize power. President Biden stated at the start of his term that the US needs to “show the world democracy works” in the face of spreading authoritarianism. He now has an opportunity to do so while saving millions in the process.

Featured image by the Presidential Office of Ukraine. Licensed under CC BY-SA 4.0.