The Final Dalai Lama and the Future of Tibet 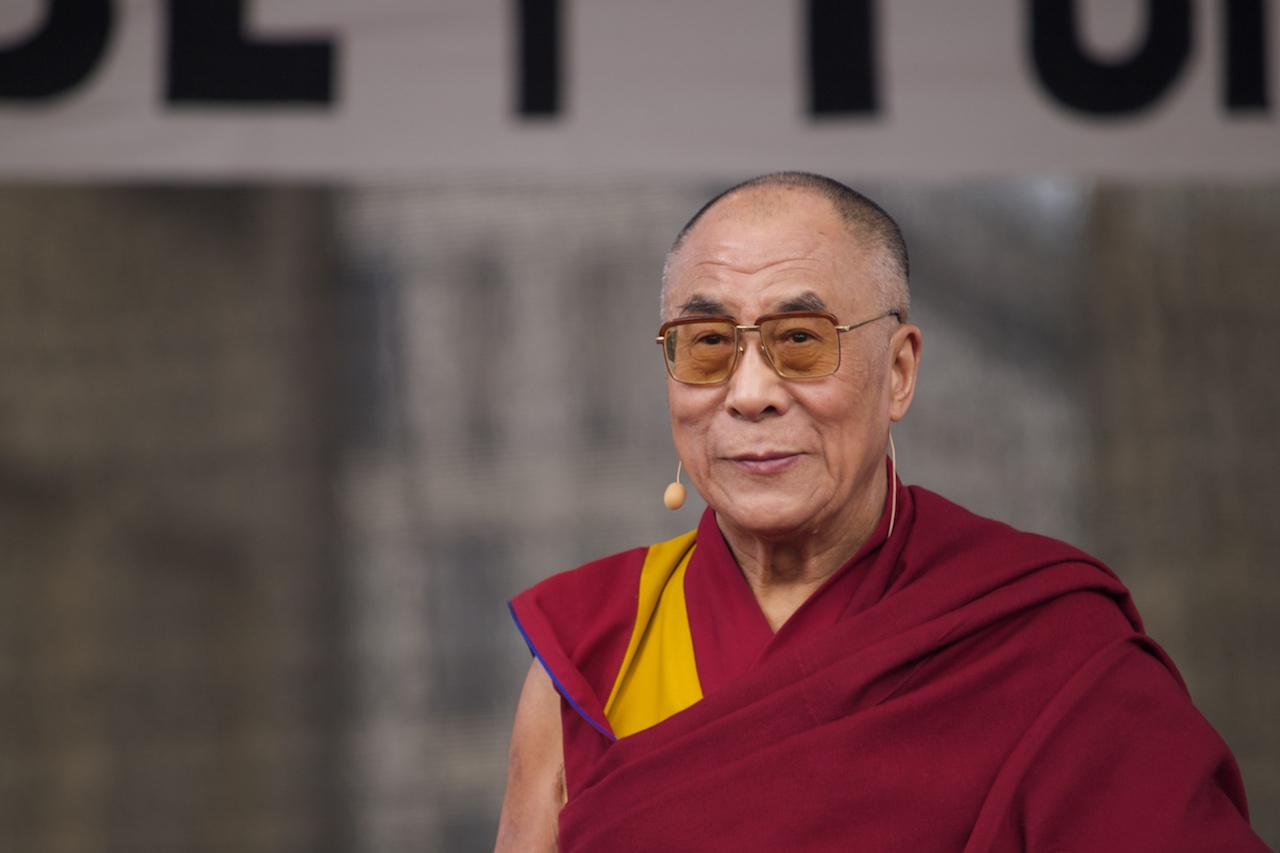 The Dalai Lama is a revered spiritual leader and Tibet's voice. https://flic.kr/p/4SAiPJ
Share

It was a celebration of one of the world’s most respected spiritual leaders. Thousands of exiled Tibetans gathered in the Indian-controlled portion of Kashmir (and in other places all around the globe) to cut cake, dance, and offer prayers to the Dalai Lama on his 82nd birthday on the 6th of July.

In the Tibet Autonomous Region, however, Chinese authorities suppressed events recognising His Holiness. Festivals in Nagtran Village, Lungtan township, Tawu county and Ganze Prefecture were cancelled, and a modified incense-burning event was quashed by Chinese troops. It’s been 58 years since the Dalai Lama left Tibet in fear for his own life, and he hasn’t stepped foot since. At 82, there’s a good chance he won’t in his lifetime. The Chinese government considers the Dalai Lama to be an “anti-China separatist” and a “wolf in monk’s robes.” When the Dalai Lama met with President Barack Obama in 2014, China protested, heightening tensions between the two superpowers. But it’s not just political figures that face the wrath of China: when the Dalai Lama met with Lady Gaga to discuss the importance of kindness, for example, she was banned from the country.

During his current life, the Dalai Lama cannot set foot in China without fear of retribution. However, his next life, much like all his other past lives, may be born in China-ruled Tibet — a fact the Chinese government may exploit in order to hijack the age-old religion.

Essentially, in Tibetan Buddhist tradition the Dalai Lama is the spiritual and governing leader of the Tibetan people. The original Dalai Lama was Gendun Drub, who decided to be reborn to continue his work as a Lama (a Buddhist priest) instead of moving on from the wheel of life. The current Dalai Lama, Tenzin Gyatso, is the 14th incarnation of the Dalai Lama. When he dies, a new Dalai Lama is chosen after a search conducted by Tibetan high priests. This search is usually led by the 2nd most important religious figure (after the Dalai Lama) in Tibetan Buddhism, the Panchen Lama. Except there’s one problem: the Panchen Lama hasn’t been seen in 22 years.

Gedhun Choekyi Nyima was recognised at six years old by the current Dalai Lama to be the 11th incarnation of the Panchen Lama on May 14, 1995. Not long after Nyima was abducted from his home, China named Gyaltsen Norbu the Panchen Lama in a move that angered many Tibetans. The People’s Republic of China (PRC) has long pushed the notion that its people are “unyielding Marxist atheists,” but it has attempted to assert its sovereignty on the Tibetan people through their religion. When the current Dalai Lama dies, China will use their false Panchen Lama to complete their hegemony over the Tibetan people. As the “Panchen Lama,” Norbu will name the next Dalai Lama. Nyima, on the other hand, will not be able to fulfil his duties unless China releases him, if he is even still alive.

If China were to get its way, then the two most important religious and political figures in Tibet will be hand chosen by the Chinese government itself. Ultimately, this helps China achieve its goal of fully incorporating Tibet into modern China. Internationally, US President Donald Trump has proposed to reverse a decades-old policy of providing financial support to the Tibetan administration. Without political and economic support from the West and the seemingly unavoidable dilemma of the Dalai Lama’s mortality, the Tibetan people have been left to twist in the wind.

China’s efforts to incorporate Tibet into the PRC have been thoroughly documented. Michael van Walt van Praag, a professor at the University of California, Davis, explains that from a legal standpoint, Tibet never lost its statehood. It declared its independence in 1912, complete with a national flag, currency, passports, and a standing army before it was invaded by the People’s Liberation Army in 1949. However, according to the Council of Foreign Relations, many Western countries did not recognise this Tibet as an independent nation. Historically, the territory that we now know as the Tibetan Autonomous Region was a part of the Mongol-led Yuan Dynasty in the 13th century, and the Qing Dynasty from 1644-1911.

The turbulent chapter between Tibet and China is bound to end when the Dalai Lama passes and a new leader for the Tibetan people is named by the Chinese government. In spite of that, the Dalai Lama seems to have different plans. He’s hinted in the past that he may be the last person to hold the title, leaving the decision of his reincarnation up to the Tibetan people to decide. In this instance, Tibetans can reject the Chinese government’s choice of the Dalai Lama and be without a spiritual leader for the first time since 1391.

The future of Tibet seems to rest on the shoulders of China. When Mao Zedong ruled the nation, he attempted to stamp out all forms of traditional religion, but religion has not only survived into the 21st century; it is thriving — at least according to author Ian Johnson. This is due in part to the softening of strict anti-religious sentiment in the Chinese government, led by President Xi Jinping. In a speech by Xi at a UNESCO conference in 2014, he recognised the profound impact Buddhism has on Chinese culture. Xi’s parents are allegedly Buddhists themselves: his father was given a watch from the Dalai Lama, and his mother was buried with full Tibetan Buddhist rites. Only China knows what plans it holds for Tibet after the Dalai Lama passes, but one can hope that the softening of religious tensions in the country can spell the survival of the Tibetan Buddhist religion and the autonomy of the Tibetan people.

Much like Taiwan, Hong Kong, and Macau, China seems to be most content when other nations call Tibet a part of China regardless of actual political control. In the short term, perhaps a middle-path can be achieved wherein the Tibetan people receive further autonomy and the freedom to practice their religion while maintaining their detachment towards a complete independence movement. This seems to be what the Dalai Lama prefers, and at this point, it remains Tibet’s most realistic option.