The First Eight Months: Has Macron Kept His Word? 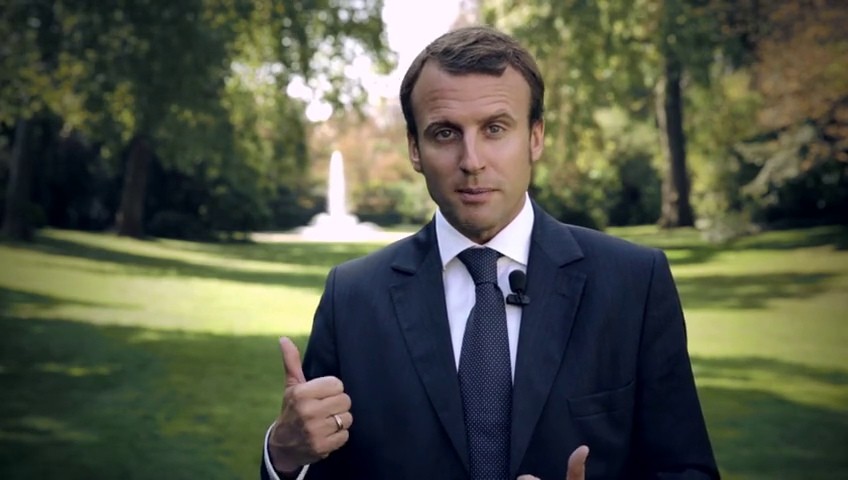 On 14 May 2017, Emmanuel Macron officially became the President of France. At the ripe age of 39, not only was he the youngest elected President of the Fifth Republic, but also became the youngest French Head of States in three centuries, with the exception of Napoleon Bonaparte. More remarkably, in a single year he created a party from scratch (La France en Marche), annihilated the French Socialist Party (with nearly 150 years of existence), divided the right (Les Républicains), and defeated Marine Le Pen of the French far right movement: le Front National.

His political platform is clearly “free market” (what the French call libéral), in favour of the European Union and in favour of globalization. Whilst such a platform would not be regarded in many countries, especially in North America, as unique, it is quite unusual in a country that has rarely ever embraced the free market. Although laissez faire economics is often associated with France, it may be to the surprise of many that French history is marked by the central role of the State in the economy. This tradition is not restricted to any given party and is widely accepted by both the Left and the Right.  This dates as far back as the French monarchy, and is known in France as “Colbertism” (after Mr. Colbert, a Minister of the Economy during the reign of Louis XIV).

President Macron promised a rapid pace for reforms, including major reforms on employment law and on taxes. All these reforms were, and are, according to him and his party, designed to free-up enterprises, create jobs, and boost the French economy’s growth. He also promised a reinforcement of the European Union through the resumption of the Franco-German axis that has been central to the European construction since 1945. After only eight months, it is too early to say whether his reforms have already begun to bear fruit. However, he has passed the most ambitious reform of the French Employment law for over a century (French employment law was, up until now, one of the most complex, most protective and administrative-heavy in the World). This overhaul of Employment law is a task that many predicted to be impossible and whether or not one agrees with them, one can recognize the integrity showcased by Macron in doing what he was elected for as well as the fact that he did it in less than six months with very few strikes or protests.

Equally, he implemented profound and rapid tax changes, largely favouring the wealthiest and entrepreneurs (again advocating this as the only path to reduce unemployment and stimulate growth). It is the concern of many, that this position  is reminiscent of a “trickle-down” effect and that it won’t be successful. However, those were the policies that he was elected on. On the European Union front, his quest for a deepening and strengthening of the EU has been slowed down by the German elections followed by coalition negotiations leaving Germany without real leadership.

He has  embraced the role of international leader against climate change and has criticized the Trump administration’s undermining of the Paris accord (the famous “Let’s make the World great again” pronounced in a televised address in English– a first for a French president). On the international front, he has continued the role played by France on the African continent and in the Middle East with a more serious tone. It is also worth mentioning that Macron has been heavily criticized for telling young Algerians to “tourner la page”  on the colonial past and move towards the future. Understanding of course that Algeria was not seen by France or most of the French population as a colony but rather as another French department (french term that is equivalent to a Province in Canada), Macron’s underestimating of the colonial impact that France had on Algeria was insensitive as well as foolish.

For a country that is known to be reluctant to change and has, to say the least, a checkered history in relation to free markets and globalization, this may seem surprising. However, we must remember that Mr. Macron was elected in a two-round election process. If one looks at the results of the first round and aggregates the candidates (on the Right or the Left) who are not in favour of unrestrained free markets, globalization and  the European Union, one can see that nearly 55% of the French voters expressed a far more “Colbertist” opinion than Mr. Macron’s. It is worth remembering that Mr. Macron won the second round against the far right . It is fair that many who voted for him in the second round do not share Mr. Macron’s political views but wanted first and foremost not to see the far-right populist Mrs Marine Le Pen elected.

Regardless of the fact that many voted against Mrs. Le Pen rather than for Mr. Macron, many (including those who did not vote for him) give him a lot of credit for having put forward a clear political platform and, more importantly compared with politicians of the past, for doing what he said he would do. This added with a “panache” that his predecessor lacked and a sense that he has re-established some “profile” to France, explains a relatively high level of popularity. As a matter of fact, he is the first President since Général De Gaulle, whose popularity rating has increased after 8 months in office.

Eight months is too short a time period to assess Macron’s actual achievements. It is a testament to the degradation of democracy  in the twenty-first century that we praise a state leader for carrying out the policies that they put forth in their electoral campaign. To be completely truthful, Macron’s presidency collides with a tough economic period that his policies can only do so much with. To paraphrase Bill Clinton’s famous ‘It’s the economy, stupid!’, and the real assessment of President Macron will be made when unemployment shows a real sign of abating and if the French feel their standard of living improves (which it has not for the last 20 years). For the time being, President Macron’s beginnings have been met with relative success. Now he has to deliver on his promises in the next 24 months on the economy and unemployment; otherwise the nearly 55% of the French (on the Left or the Right) who expressed a far more “Colbertist,” “protectionist” and sovereignty sensitive views, who have not disappeared, will come back to haunt him!