Follow the Leader: Has Trump’s Populist Rhetoric Spread Around the World? 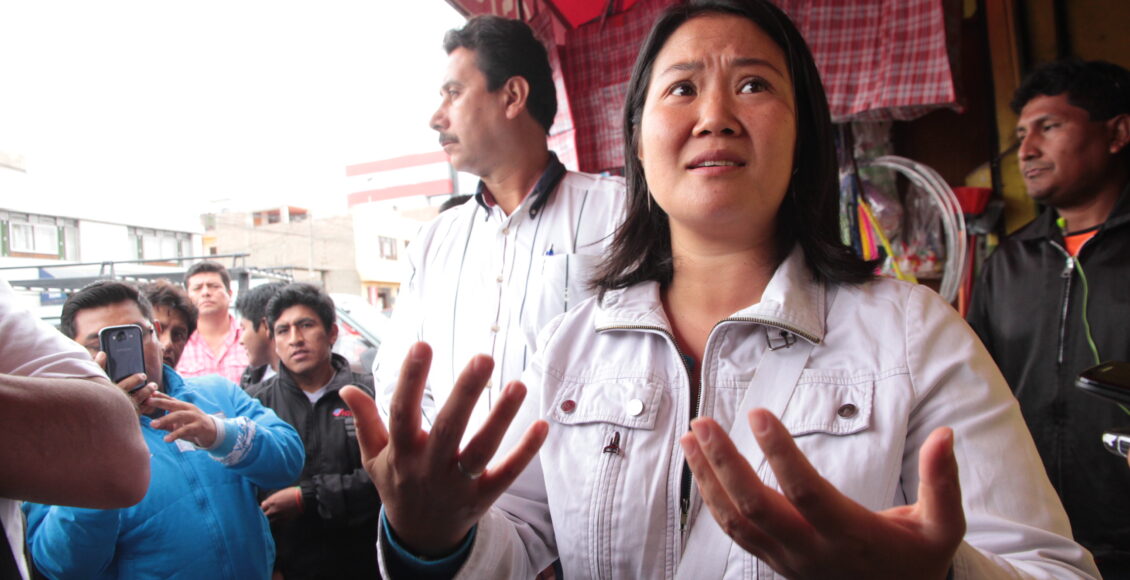 Imagine a country that recently held an election amidst soaring COVID-19 infections. Shortly after that election, protesters took to the streets, some calling for the government to overturn the results and install a political upstart as the leader. The political upstart has a famous name, right-wing beliefs, and populist tendencies. This description might immediately call to mind the former president of the United States, Donald Trump, or perhaps Jair Bolsonaro, Brazil’s current president. While Trump and Bolsonaro do indeed fit these characteristics, so too does Keiko Fujimori, the loser of Peru’s 2021 presidential elections. As June nears its ends, Fujimori is behind by a slim 44 thousand votes to Pedro Castillo, a socialist candidate, in the general election.

Keiko Fujimori is the daughter of Alberto Fujimori, the authoritarian president of Peru from 1990 to 2000 currently serving a 25-year prison sentence for crimes against humanity. Despite maintaining her father’s right-wing politics, Fujimori’s response to electoral loss draws more from Trump. Like Trump during and after the 2020 US elections, Fujimori has launched lawsuits aiming to annul 200,000 ballots and review 300,000 more. These efforts mirror the audits Trump’s Republican loyalists continue to launch in states like Arizona. Similar to Trump, who launched social media attacks on governors who failed to parrot his electoral fraud claims, Fujimori stated that she would “not say anything” about whether the electoral commission has done enough to uncover fraud until after their final decision is released. This uncertainty on Fujimori and her supporters comes despite impartial international election observers stating that there was no evidence of electoral irregularities.

While Fujimori’s loyalists have yet to storm the seat of the nation’s federal government — as Trump’s did in the US on January 6, 2021 — her defenders turned to the streets in the last weeks of June and called for the election to be overturned. One final worrying comparison between the two is military support. Since his loss, a small group of former military officials have voiced their support for Trump, some of whom, like disgraced officer Michael Flynn, have called for a “Myanmar style coup” to restore the former president’s power. In Peru, several retired officers, led by a former general, penned a letter calling for current military officials to ensure that Fujimori takes power. While this is unlikely to change the election result, as current officials, including the interim president, have rejected the call, this does signal a significant minority of military support for Fujimori.

Despite these similarities, Fujimori’s and Trump’s responses to defeat were different due to unique contexts. Trump, first elected in 2016, was an incumbent. In his first four years, he built networks of Republican supporters within congress and the senate, appointed his own justices to every level of the courts, and tenaciously propagated a narrative of voter fraud to his supporters. He claimed millions voted illegally in the 2016 elections, to his detriment. Fujimori, by contrast, wields less structural power than Trump. Despite, or perhaps because of, her name, this was Fujimori’s third straight electoral loss, having never won the presidency before. Because the alternative candidate was Castillo, a socialist, Fujimori enjoyed the support of the traditional economic elite. This paled in comparison to the structural force of Trump. This power differential helps explain why Trump has been able to maintain his voter fraud fantasy despite certification of the election. In contrast, Fujimori has  stated that she “will accept the decision of the electoral board [whenever that decision comes].” Fujimori has attempted to apply many of the same strategies as Trump in response to her electoral loss. But, she has been more reluctant to continue them because of weaker structural support.

Evidently, populism comes in many shapes and sizes. In Latin America, it has historically been of the left-wing variety, with charismatic politicians like Evo Morales, Luis Inácio Lula da Silva, and Hugo Chavez appealing to poorer voters with promises of social welfare. Fujimori’s opponent, Castillo, is an example of this tradition, which often arose in response to waves of right-wing deregulation pushed onto Latin America by the Washington Consensus of the late 20th century. Latin American left-wing populism also tends to place emphasis on Indigenous peoples. Because of previous disadvantages dating back to colonial rule, they were often hurt most by right-wing policies characterized by limited social services. More recently, Latin America has experienced a fairly muted rise in right-wing populism, as represented by leaders like Jair Bolsonaro in Brazil. Additionally, the region’s right-wing populism has a unique flavour of anti-Indigenous sentiment, with figures like Bolsonaro and Fujimori claiming that Indigenous folk have too much afforded to them in the way of policies like affirmative action

Applying these broad trends to the United States and Peru, it is evident that Trump and Fujimori’s brands of populism are distinct at their core. In 2016 and 2020, Trump was able to reach large swathes of disaffected rural voters. Electoral maps of each of those years suggest that nearly every major city voted for Democratic candidates, whereas the vast majority of rural constituencies sided with Republicans under Trump. Opposite dynamics are evident in Peru’s 2021 election. Fujimori appealed to the urban elite, nearly universally losing rural Andean constituencies. Part of this is because Mr. Castillo was born a rural peasant; more of it has to do with allegations that Fujimori’s father committed forced sterilizations on Andean farmers. In any case, the rural-urban support dynamics are flipped in Peru versus the United States. This distinction is also evident in the rhetoric of each politician. Trump consistently railed against the urban elite in his rallies, adding fuel to the fire of a culture war brewing between city-dwelling liberals and rural voters. Conversely, Fujimori’s rhetoric attempted to direct urban anger over homelessness, crime, and costly social programs towards Andean peasants whom she and her supporters characterize as lazy.

Populism may well come in many forms, which makes it all the more striking that Fujimori’s rhetoric echoes Trump’s despite different bases, countries, and levels of support. This speaks to a more profound fact about populism: regardless of placement on the political spectrum or raison d’être, populism organizes the distrustful. For whatever reason, whether it be fear over Andean peasants controlling too much or Washington elites, populism moves individuals to the vote by invigorating many of their most basic concerns of losing power or fearing oppression. The similarities in dialogue between Trump and Fujimori show how the distrustful nature of populism pushes leaders to call elections into question, search for military support, and attempt to annul the voting rights of the distrusted. Still, peaceful transitions of power occurring in Peru and the United States dulled the severity of these challenges to democracy. If challenges to the certification of votes continue failing to achieve desired outcomes, perhaps they will become less common in the near future.