Will we forget again? 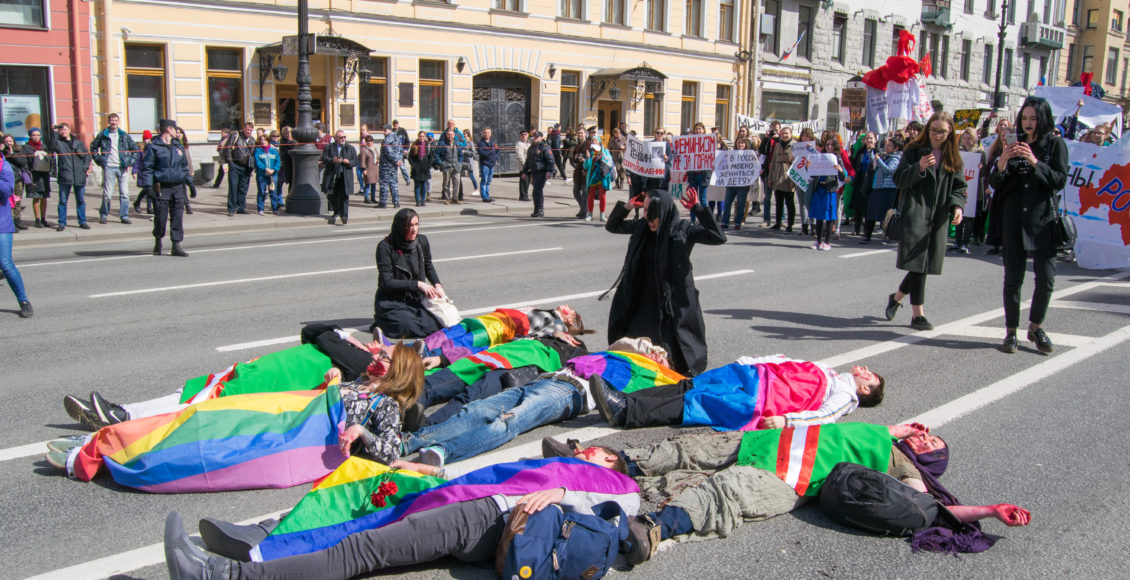 In 2017, an onslaught of public outrage and media attention placed the global spotlight on harrowing reports from within the Russian republic of Chechnya: over 100 men suspected of homosexuality had been detained in a state-led anti-gay crackdown. Unsettling allegations of the murder of at least three men and the torture of many more at the hands of the state were first published by independent Russian newspaper Novaya Gazeta in early April. With a growing number of reports consistent with the allegations from local Chechen sources, key international players such as the United Nations, Amnesty International, and Human Rights Watch all released statements condemning the indefensible abuse. What followed was a media frenzy that had news outlets scrambling to publish interviews with released victims and gay men who were fortunate enough to flee the region. This resulted in the court of public opinion demanding justice, accountability, and action.

Nevertheless, what arrives almost two years after is yet another damning report of human rights abuses by the Chechen Republic. On January 14th, 2019, the Russian LGBT Network, who are monitoring the situation in Chechnya, released a statement denouncing a second-wave gay purge. This time, both men and women accused of homosexuality have reportedly been targeted since December of last year, resulting in the detainment of 40 individuals and at least two deaths caused by torture-related injuries. The new crackdown was said to have begun after the detainment of a group administrator on the social media site Vkontakte, which is popular with members of the LGBTQ community in Russia’s North Caucasus. By accessing the administrator’s contacts, state agents allegedly used this information to identify and, once again, wrongly imprison suspected individuals.

Unsurprisingly, Russian authorities have continuously denied such allegations, accusing media outlets such as Novaya Gazeta of producing libelous publications. Shortly after reports of the 2017 crackdown rose to the surface, Head of the Chechen Republic, Ramzan Kadyrov, denied even the existence of an LGBTQ community within Chechnya. In refuting accusations of extra-judicial killings and homophobic policies, Kadyrov’s spokesman, Alvi Karimov asserted, “you cannot arrest or repress people who just don’t exist in the republic.”

The absolute denial of “gayness” in the Russian republic is also a reflection of the rampant homophobia that exists in the rest of the country. While same-sex relations are not illegal in Russia, state efforts to treat such as taboo and to silence the LGBTQ community remain a systemic problem enabling violence spurred by hate and ignorance. In 2013, Russia passed a law banning the dissemination of  “gay propaganda” to minors, which in effect stifles and prevents the distribution of gay rights material and the teaching of LGBTQ information. The breaking up of pride parades and the rising violence against the LGBTQ community has left individuals fearing for their lives. The current narrative of shame and dishonour surrounding homosexuality in Chechnya encourages families to commit “honour killings” of relatives they perceive to be gay. By means of fear, censorship, and even murder, notions perpetuated by the Russian state are working to systematically eradicate LGBTQ identity in Russian society.

The initial 2017 anti-gay purge sparked a reaction throughout the international community. In the month following the release of Novaya Gazeta’s report, both German Chancellor Angela Merkel and French president Emmanuel Macron on separate occasions urged Russian leader Vladimir Putin to step in and respond to the abuse occurring within Chechnya. Yet despite Putin’s order for an investigation into the reports, evidently little has been done to improve the vulnerable position of LGBTQ members in the Russian southern republic. With little follow-up and a lack of continued pressure from powerful international leaders, Putin had little incentive to play hardball with Kadyrov.

In addition, Russia’s complex relationship with the semi-autonomous Chechnya offers Putin little power over its leaders whom he’d rather appease than begin rifts with, not that Putin necessarily cares about LGBTQ discrimination anyways. As world leaders like Merkel and Macron shifted focus to other pressing Russian matters such as its military involvement in Syria and Ukraine, the Chechen gay purge became just one of many talking points, drowned out by a slew of concerns brought forth to Putin. With Western pressure offering little more than public condemnation, the stage was set for an eventual and inevitable repeat of 2017’s violent persecutions.

The amnestic pattern of public reaction to human rights abuses is evident not only in the response (or eventual lack thereof) on the part of leaders, but also in the diminishing media coverage after the initial shock. In accordance with the quick turnover and rapidly evolving nature of the news cycle, there exists a recurring pattern of outrage and forgetfulness in which even the most egregious abuses are eventually swept under the rug. In the case of Chechnya, the immediate media coverage gave way to an immediate response from powerful key actors in the international community. However, as most breaking news stories do, the reports from Chechnya slowly became replaced by others and garnered less and less attention from the public. The detainment, torture, and persecution of dozens of people on the basis of sexuality turned out to be a story that many of us came to forget, only to be reminded amidst a classic case of history repeating itself.

Despite the international amnesia of the tragedies that were brought to light in 2017, it is worth noting the actions of those who never forgot—the individuals and groups who, since learning of anti-gay persecutions in Chechnya, worked to help vulnerable persons flee. Activist groups such as Canada’s Rainbow Railroad, alongside other state-led efforts from countries within Europe, have been working with Russia’s LGBT Network to allow those fearing persecution to find safe havens outside of the region. Yet genuine accountability remains to be seen. Without proper consequences, these human rights abuses are bound to continue. As more recent responses to the latest Chechen anti-gay purge manifest in the news cycle, on the lips of outraged world leaders, and throughout protests that are bound to enter the streets, what remains to be seen is how long the outrage will last. These criminal policies cannot once again be forgotten, drowned out by the unending news cycle, and allowed to continue. It is time for legitimate action in the face of these abuses by both the Russian government and the international community.