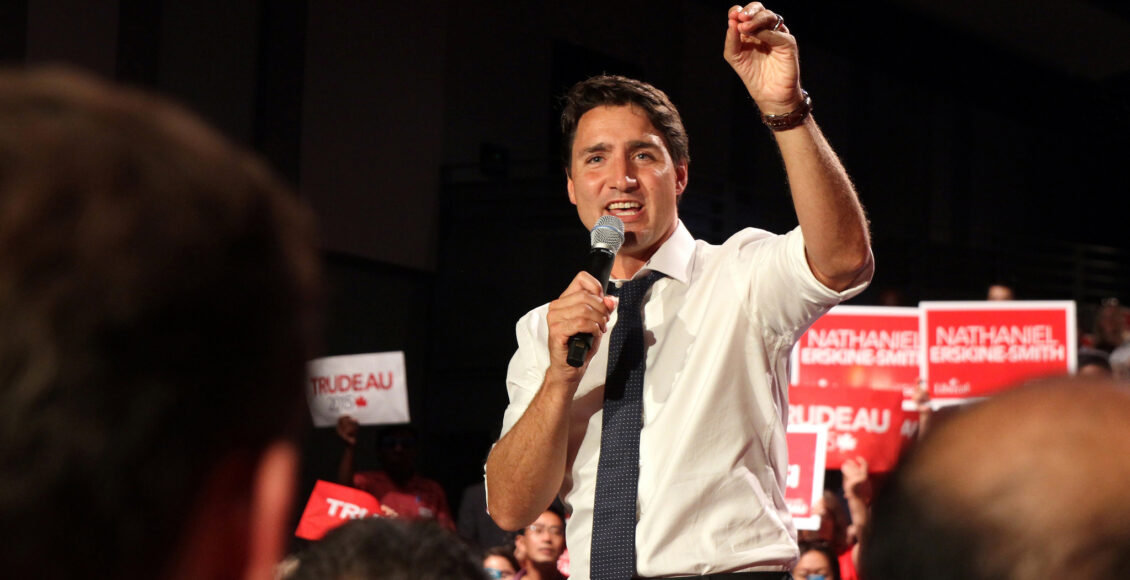 In the 2015 federal election, Justin Trudeau’s Liberal party cast a red wave, sweeping all 25 ridings in the City of Toronto and winning a majority government from Canadian voters. In 2019, they swept Toronto again but were only rewarded with a minority government. Since then, the Liberals have responded to the global COVID-19 pandemic, notably through handling vaccine procurement and pandemic relief despite increasing resistance from the Conservative opposition. With Trudeau calling a snap election for September 20, the question remains: are the Liberals still a lock for Toronto?

On the campaign trail

This time around, the Liberal platform maintains policies to support and build the middle class, including $10 a day child care programs across Canada. It emphasizes strategies to “finish the fight against COVID-19.” According to Nathaniel Erskine-Smith, the incumbent Liberal Member of Parliament (MP) in Toronto’s Beaches-East York, they are seeking to regain a majority to “move forward on [their] agenda, especially as it relates to [pandemic] recovery.” Contrarily, the Conservative Party, under new leader Erin O’Toole, promises to create a child care tax credit for parents, recover one million jobs lost in the pandemic, and enact new accountability laws “to end abuse by Liberal insiders.” However, the New Democratic Party (NDP) poses the greatest threat to Trudeau in the Toronto core. Their leader, Jagmeet Singh, promises to raise taxes on the wealthy, create green jobs, and undertake reconciliation with Indigenous communities.

Toronto presents a unique political environment with shifting voter demographics. Toronto is a diverse and multicultural city, with over 51 percent of residents belonging to a visible minority group. The city is also acutely impacted by many of the key issues facing Canadians this election. For instance, the past decade has seen house prices in Toronto skyrocket. The average cost to own a house as of August 2021 sits at $1,021,583, forcing over 30 percent of Torontonians to rent, compared to just 13.3 percent nationwide. This is also causing young people to leave the city and move to areas like Hamilton, Brampton, and Mississauga, where housing is relatively more affordable.

Given that the pandemic exacerbated Toronto’s economic and social issues, Peter Graefe, a professor of Political Science at McMaster University, suggests that Toronto may see “a stronger class-themed election” than other parts of Ontario and Canada. This is likely to amplify previous trends of strategic voting against Conservatives in favour of Liberals; that is when voters cast their ballot “not for their preferred candidate, but for the candidate they think is best positioned to defeat their least desired candidate.” Strategic voting has historically hindered the NDP and helped the Liberals. In 2019, a poll from The Canadian Press found that 35 percent of respondents from across Canada reported taking “into account the chance that their vote might prevent another party’s candidate from being victorious.” Nonetheless, Liberal and NDP candidates are neck-and-neck in several key Toronto races and well ahead of their respective Conservative competitors.

As of early September, just a couple of weeks out from Election Day, the Conservatives have pulled slightly ahead in popular vote polls, but the Liberals are still projected to win the most seats and hold onto a minority in Parliament. In recent months, the Liberal lead has been narrowing but remains relatively solid. In an October 2020 by-election triggered by the resignation of Liberal finance minister Bill Morneau following the WE ethics controversy, television host Marci Ien successfully defended Toronto Centre for the Liberals. Still, the race was no cakewalk after an unexpected showing by Green Party Leader Annamie Paul, wherein she earned 32.7 percent of the vote share, compared to Ien’s 41.98 percent. One year earlier, Morneau had received the decisive support of over 57 percent of voters. The Liberals also managed to defend a second Toronto riding, York-Centre, in a narrow by-election win over the Conservative Party by just 3.88 percent.

The Liberals still hold strong roots in Toronto, but it seems they are gradually losing support. A late August phone survey by Mainstreet Research found that in the Greater Toronto Area (GTA), the Liberals hold a double-digit lead of 14 points over the Conservatives and 23 points over the NDP; approximately 43 percent of respondents were decided or leaning towards voting Liberal. The Conservatives’ chances in Toronto are poor given the general demographics of the urban centre and the unpopularity of Progressive Conservative Premier Doug Ford. Furthermore, Doug Ford and Justin Trudeau are rumoured to have agreed to a non-aggression pact for the election. However, Ford appears to have back-tracked, calling the election “unnecessary” and criticizing the federal government over its vaccine passport. Therefore, the more likely challenger to the Liberals’ stronghold in Toronto is the NDP.

The three Toronto ridings most likely to swing from Liberal to NDP are Toronto-Danforth, Parkdale-High Park, and Davenport. Toronto-Danforth, the riding once held by former NDP leader Jack Layton from 2004 to 2011, is a toss-up with Liberal incumbent Julie Dabrusin polling ahead, but within the margin of error of NDP candidate Clare Hacksel. Similarly, Toronto’s Parkdale-High Park looks to be a rematch of the close 2015 race between the Liberal incumbent, Arif Virani, and NDP candidate and Executive Director of FoodShare Toronto, Paul Taylor. In recent days, Virani has pulled ahead of Taylor with a 5 percent lead in the polls. Finally, Davenport is shaping up to be one of the city’s most competitive races. Davenport had been a Liberal stronghold for 50 years until 2011, when Andrew Cash won the riding for the NDP. Current MP Julie Dzerowicz regained the riding for the Liberals in 2015 and again in 2019. Now, community organizer Alejandra Bravo is in contention against incumbent Dzerowicz, who, according to polls, is currently ahead of Bravo by under 2 percent (in 2019, Dzerowicz won the riding by just 2.7 percent). 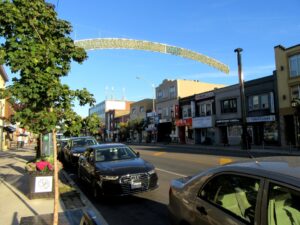 Toronto-Danforth, or the city’s “Greektown” has become a close race between the Liberal and NDP candidates. “trip to Toronto.. Danforth Street East..” by iwona_kellie is licensed under CC BY-NC-SA 2.0.

The countdown to election night

The Liberal’s “Fortress Toronto” is standing strong but is by no means a guarantee for the Liberal party. Economic and social issues within the city are making for several fascinating districts, with the Liberal hold showing cracks due to some close races with strong NDP candidates. In key Toronto ridings, the campaign will be hard-fought until the very end. Beyond Toronto proper, the outcome of this election hinges on battles between the Liberals and Conservatives in swing ridings just outside the city, in the GTA’s 905 areas. Heading into election night, Toronto looks like the Liberals’ to lose, which raises the stakes for other, more competitive races across Ontario and the rest of Canada.