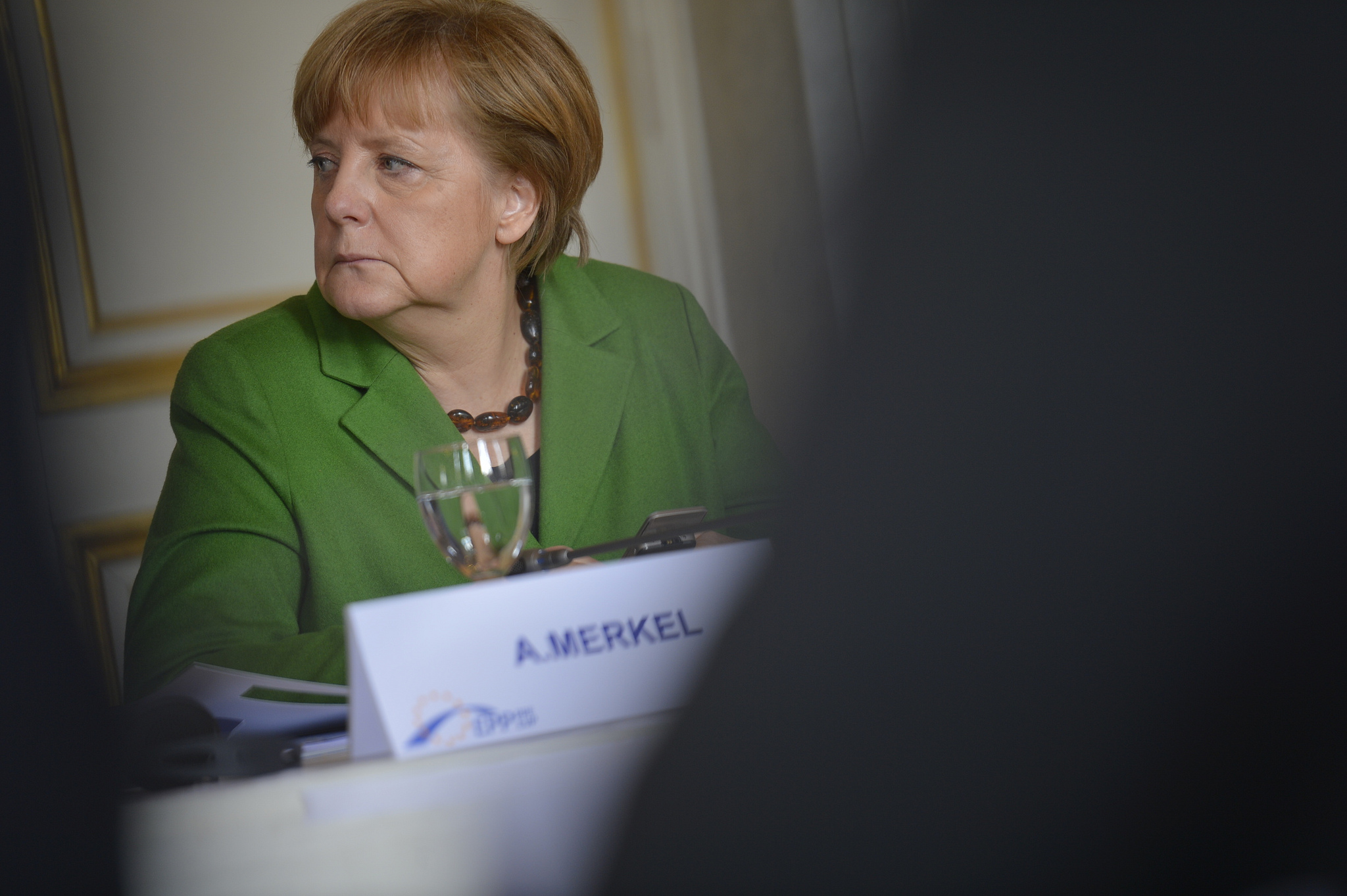 2016 has been complete political mayhem. While the recent elections in the United States was arguably the political climax of the year, it was prefaced by the Panama Papers, an increase of terrorist attacks in Western Europe, the ongoing refugee crisis, President Duterte and the Philippine Drug war, the impeachment of Dilma Rousseff, the impeachment of President Park, the continuing Syrian Civil war, ethnic violence in South Sudan, Brexit, and the Turkish coup d’état. As Obama prepares to leave the White House in January, the global political environment shift will seek a new key leader. Many political commentators are seeing that leader in German Chancellor Angela Merkel. Since being elected in 2005 as Germany’s first female Chancellor, she has served three terms, being re-elected in 2009 and 2013. On November 20, she announced that after 11 years in office she will run for a fourth term as leader of the Christian Democratic Union (CDU) in the country’s 2017 elections.

While her approval ratings have fallen among voters, the CDU still maintains the popular support of the people. The shift towards leftist policies under Merkel’s leadership has ultimately led to decline in CDU support as traditional right-wing supporters have moved political allegiance to other right wing parties. This is why Alternative für Deutschland (AfD)  has garnered more support. The Berlin state elections in September resulted in 21.6% of the vote going to the Social Democratic Party (SPD), 17.5% to CDU, and die Linke getting 15.1%. While the coalition government is expected to be more left-leaning, the election also resulted in the AfD getting 14.1% of the vote. With that, this is the right-wing populist party’s first time entering the state parliament. AfD is known for their anti-immigration stance, and their entrance into Berlin’s state parliament represents the rise in populism and polarization of political support.

If Merkel wins the next election, she will stay in power until 2021 and could become the longest serving German chancellor. This would not be her only legacy. Merkel has altered the political culture of Germany and her own party during her time as Chancellor. Her governing style reflects her past growing up in Eastern Germany and vast scientific background. Thus, for her, “when it comes to politics, it’s always about balancing interests”. This attitude has led to many successful policies and political change in Germany in the last eleven years. In 2007, the German government introduced Elterngeld. This welfare initiative was funded by federal taxes to help counter the aging population and low birth-rate. This was inspired by the Scandinavian system which was on the other part of the political spectrum in comparison to CDU’s centre-right stance. In 2011, the CDU ended conscription which was historically the bedrock of their party’s platform.

However, the policy that reflected her political decision making style most prominently was Energiewende. This came after the 2011 Fukushima Power Plant meltdown which followed the earthquake. While being pro-nuclear energy and having the portfolio of minister of environment and nuclear safety from 1994 to 1998. Merkel reversed her decision to abandon nuclear energy in the long run. Prior to the Fukushima meltdown, Merkel supported the extension of 12 years to the operation time of nuclear reactors. However, she immediately shut down eight nuclear plants after Fukushima, marking a stark change in policy and stating that “Fukushima has forever changed the way we define risk in Germany”. Energiewende as a policy, entailed phasing out nuclear power and severing energy dependence on fossil fuels and renewables. Energiewende translates into “energy turn,” and it was exactly that. The goals were set. The rest of the nuclear stations were to be shut down by 2020 and the government intends to cut down greenhouse gas emissions by 40% by 2020 and 80% by 2050. The policy led to a price hike on the population, but the expansion of the national energy grid and transporting of wind energy from the north to the south has resulted in situations of energy surplus. May 8, 2016 happened to be a sunny and windy day leading to Germany’s solar, wind, hydro, and biomass plants supplying 87% of the country’s energy consumption. While this led to negative prices, meaning energy producers paid consumers to use energy, it shows that Germany’s energy infrastructure is capable, and that the potential to reach the greenhouse gas emission goal is attainable. In 2015 almost a third of German electricity was renewable and the country’s share in the global green technology market was 16%.

The newfound support of AfD is reflective of the reaction to CDU’s Willkommenskultur beginning in June of 2015. The immigration policy led to 1.1 million refugees entering Germany last year. This controversial decision was praised by many in the west and resulted in Time Magazine naming Angela Merkel Person of the Year in 2015. Merkel created a four part policy first, absorbing refugees at home. Second, she was to share the burden across Europe and beyond. Third, she would strengthen controls and the processes of asylum-seekers at Europe’s external borders. Fourth, she would negotiate transit countries. This policy has not been bolstered due to lack of support from the European Union leading to Germany and Sweden taking in the bulk of refugees. This disproportional movement of immigrants and refugees into these two countries has given rise to greater opposition. The acceptance of immigrants ought to have been a shared responsibility, but now Merkel has been bearing the brunt of the blame for the inefficiency of refugee integration. 80% of asylum seekers are not literate, and this is making it difficult for them to become employed. German is a difficult language to learn with convoluted grammar rules. Thus, some corporations such as Mercedes, Siemans and Daimler hold training programs for refugees to aid in employability. However, these initiatives do not hold a light against the rampant Islamophobia in reaction to multiple violent attacks in public spaces in Germany this summer.

Currently it is clear that in order for Merkel to regain lost support, she will need to introduce new policies that appeal to the right despite maintaining economic successes, such as entering 2016 with a budget surplus of 12.1 billion euros and the German unemployment rate falling to a record low this year at 6%. Infratest Dimap polled a thousand Germans who were eligible to vote, and 50% of them were “in favour of banning the public wearing of full-face veils”. 36% were in favour of this to some extent. Thus on December 6, 2016, she did just that by proposing a burqa ban. The weight of this policy is intended to counteract the dissatisfaction from the right in reaction to the opening of borders to migrants. This is a complete turn on the leftist progression of Merkel’s policies and an absolute contradiction of Willkommenskultur. While this policy would reverse the progressive agenda upheld by Merkel for the past year and a half, she has always been one to adapt to the nature of German society. Thus, it would make sense if Merkel continues to announce more conservative policies in order to regain a foothold amongst right-wing votes, the population that the CDU has traditionally represented but has begun to lose to AfD.

Forbes Magazine has named Angela Merkel the most powerful woman in the world nine out of the last ten years, and the second most powerful person in 2015, after President Obama and before President Putin. This is undeniably as a result of her significant power and influence within European institutions. Merkel is a champion of being unorthodox. She is a powerful female leader, has an extensive background in quantum chemistry, and was raised in East Germany. These characteristics make her a truly unique politician who is calculated and careful with her policies. If Merkel continues to adapt her policies based on the popular support of Germans and her rational intuitions, this flexibility combined with an established legacy will make her the ideal politician to navigate the political landscape beyond 2016.